Howard, Columbia To Produce Book Series Together, Marking ‘The First of Its Kind’ Collaboration

Nearly a decade after its university press closed, Howard University announced a collaborative publishing project with Columbia University Press (CUP) earlier this month. The press will publish a new, ongoing book series in the field of Black studies, providing Howard with the unique opportunity to reenter the curatorial world of scholarly publishing.

Titled “Black Lives in the Diaspora: Past/ Present/ Future,” the series will be curated by an eight-member editorial board consisting of four faculty from Howard’s College of Arts and Sciences and four faculty from Columbia’s African-American and African Diaspora Studies Department. With Howard as an historically Black college and university (HBCU) and Columbia a wealthy Ivy League institution, the partnership is considered to be the first of its kind in publishing. 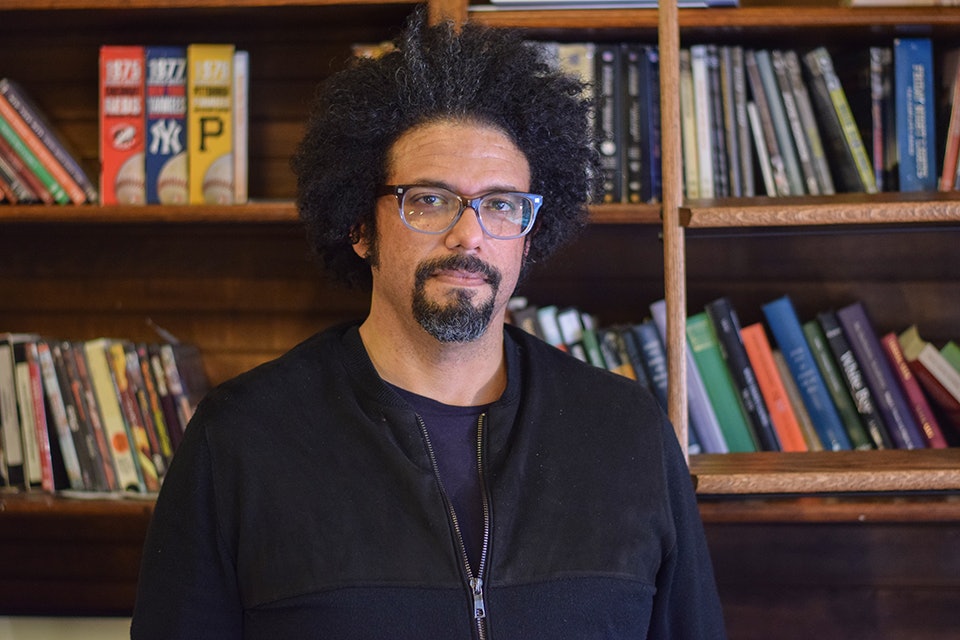 It first began when CUP reached out to Howard with the idea last year. At the time, CUP wanted to expand its reach within Black studies scholarship, so it consulted with the African diaspora professors at Columbia, who strongly recommended that the press collaborate with an HBCU, said Dr. Frank Guridy, one of the project’s editorial board members and an associate professor of history and African-American Studies at Columbia.

“[CUP] immediately agreed with us that soliciting participation from a historically Black college or university would be instrumental, really vital and important,” said Guridy. “So we decided on Howard because it had this historic impact on the field of Black and Africana Studies.”

In addition, CUP will add a new full-time Black studies editor to its staff.

Dr. Clarence Lusane, a political science professor at Howard and also a member of the editorial board, said CUP’s invitation to collaborate is indicative that “a lot of university presses are beginning to recognize that the scholarship on African Americans and African Diaspora has become more urgent than ever.

“The rise of Black Lives Matter and the demonstrations and protests last year … all of that energy has pushed smaller publishers, and university presses as well, to recognize the importance of this particular constituency,” he said.

Howard closed its university press in 2011, following a nearly 40-year run in which it published about 175 titles, principally focused on African Americans, African diaspora, as well as Black history, politics and culture. Among its best known and best selling titles were Walter Rodney’s How Europe Underdeveloped Africa in 1981 and Dr. Joseph Harris’s Global Dimensions of the African Diaspora in 1993.

“The end of the Howard University Press left a big gaping hole in university presses focused on [Black studies],” said Lusane. “So there’s always been a sense of how do you kind of get that back?”

The partnership with Columbia Press seems to provide an answer to that question: Howard can provide its expertise and talent while Columbia can provide its infrastructure and resources, said Dr. Rubin Patterson, dean of Howard’s College of Arts and Sciences and a member of the editorial board.

“You put those two together and you get lightning in a bottle,” he added.

While many are quite pleased with the partnership, Dr. Gregory E. Carr, an associate professor of Africana studies at Howard, raised a skeptical eyebrow. He isn’t involved with the project but says he remembers chuckling and feeling “surprised but also not surprised” when he first learned of the partnership through a Howard news release. 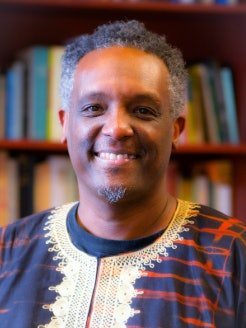 To him, Howard partnering with Columbia represents a larger, historic struggle within Black studies to gain self-autonomy. It didn’t sit right with him that an HBCU would go through Columbia, an Ivy League school, to maintain a curatorial role in Black studies scholarship.

“It looks to me to be a pipeline for Columbia University Press to perhaps gain access to some of the intellectual thrust that Howard University Press was supposed to capture on behalf of self-determining Black institutions,” said Carr, who added that the relationship felt “asymmetrical” to him.

“This model seems to follow their traditional partnership model with Black institutions,” he continued, “in that ‘we’ll give you access to our prestige, our network, our platform and our structure, and in exchange you will give us your self capital, your intellectual capital. And then we will use that to enhance our structural advantage.’”

Editorial board members at both Columbia and Howard, however, were well-aware of the complex, perhaps unequal, optics that such a relationship could create.

“I think Howard has some reason to be suspicious, quite frankly,” said Guridy. “You know, more people are coming to HBCU institutions now, and I’m sure [HBCUs] are like, ‘Well, why are you coming to us now?’”

Likewise, Dr. Kevin A. Fellezs, an assistant professor of music and African American studies at Columbia and editorial board member, alluded to the historic difference in privilege between the two universities in an email to Diverse.

“Both institutions share in the rich Black intellectual tradition of this country and have been beneficiaries of that participation in disproportionate ways,” wrote Fellezs, who called the partnership “a chance to begin to address that historical misalignment.”

Guridy also called the partnership an opportunity to address the historical difference in playing fields.

“Columbia has visibility and a deserved reputation for excellence in scholarship and in all sorts of fields, but there’s a downside to that and that’s its historical elitism,” said Guridy. “That unfairly positions us at the forefront of all sorts of scholarly concerns when, in fact, there are other university presses doing important work within African American or Black studies. So we really felt like it was important to address that historic elitist relationship.”

Still, Carr said he would have rather seen Howard reopen its own press — a sentiment to which Patterson said was not out of the question in the future, but just isn’t as high on the list as other priorities, such as providing scholarships to Howard students, half of whom are Pell Grant eligible. 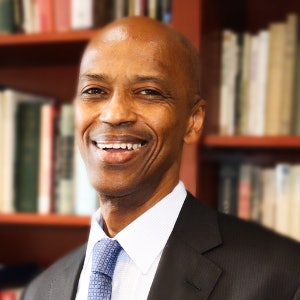 For now, Patterson said the partnership provides an excellent opportunity for Howard to not only have a leading impact on the field of Black studies but to address the lack of diversity within what is a majority-White publishing world.

One of the main objectives of the project is to build a pipeline of diverse students who are interested in pursuing publishing careers. To do that, Columbia and Howard will select graduate student fellows and provide them with specialized editorial training in the various steps involved in the publishing process.

“This presents enormous professionalization opportunities to be in the publishing world, and it exposes them to what it takes to produce quality books, which is often mystified and not something that’s necessarily transparent to people who are not in the field,” said Guridy.

Carr, too, said he looks forward to seeing how students can gain skill development and access to the publishing world through the book series, but he also hopes the partnership serves as an entry-point for debate on what constitutes Black studies and what role White institutions play in Black studies, adding “perhaps then this can be closer to a partnership.”

But for those on the editorial board, such as Guridy, Lusane, Patterson and Fellezs, they’re excited to see what fruitful opportunities and scholarship the collaboration will produce. According to Howard, once the program has full funding, it’s expected to produce up to 20 titles per year that will “enrich the understanding of Black experiences in the past, present and future” and “become part of urgent national and international conversations about the experiences of people of African descent.”

Guridy added that the locations of Columbia and Howard in historic capitals of Black life — Harlem and D.C., respectively — uniquely positions the two schools to “harness and build upon those [diasporic] histories.”

“I think we are on the cusp of something exciting and important,” said Guridy. “And I’m very enthusiastic about it.”