Dr. Patricia Ramsey – biologist, educator, strategist, leader and fundraiser – has been appointed president of Medgar Evers College. She will be the first woman to serve in the role. 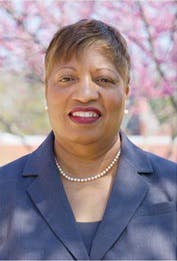 Ramsey will bring her experience as an HBCU leader to the position, taking charge of the predominantly Black and emerging Hispanic-serving institution.

She also spent 12 years at Bowie State University in a number of roles, such as provost and vice president for academic affairs, interim president, and natural sciences department chair.

She has also completed leadership programs in the Civic Leadership Institute, Harvard University’s Institute for Educational Management and the American Association of State Colleges and Universities’ Millennium Leadership Initiative.