bell hooks, a well-known author, activist, professor and scholar who was a fierce advocate for Black feminism, died on Wednesday. She was 69 years old.

hooks published more than 40 books, numerous scholarly works and chapters, gave lectures and appeared in documentaries. She examined American society with a critical lens, showing how the intersections of race, gender, class, sexuality, patriarchy, capitalism, and white supremacy, were deeply intertwined and inseparable from each other. 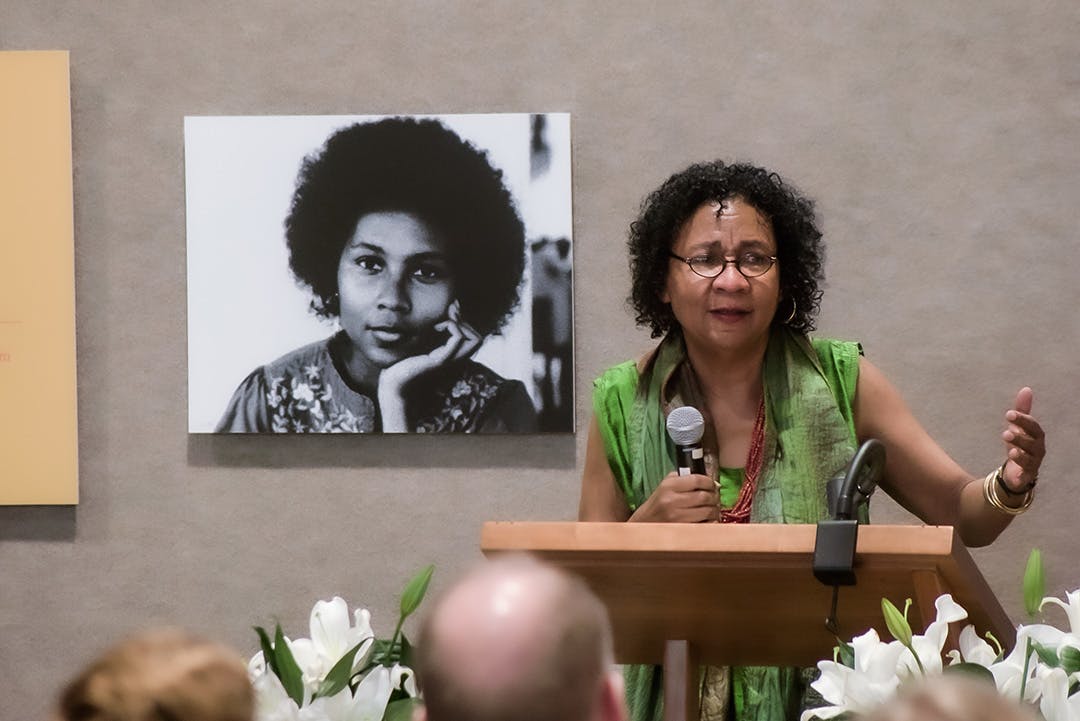 Profiled by Diverse in 2018, hooks served for many years as the Distinguished Professor in Residence in Appalachian Studies at Berea College in Kentucky, where she opened the bell hooks institute in 2014 to preserve her legacy and the legacies of other Black feminist authors.

“Her sophistication theoretically, her extraordinary courage on the page, her relentless truth telling, produced generations of victors,” said Dr. Eddie S. Glaude Jr., chair of the department of African American studies and James S. McDonnell Distinguished University Scholar at Princeton University. “She shaped and informed Black feminism but also the field of African American studies in its contemporary iteration, and so many every day ordinary people, too.”

Born in the hills of Kentucky on Sept. 25, 1952 as Gloria Jean Watkins, hooks attended a segregated school and experienced the trials of integration into a predominately white public school. She became an English professor at the University of Southern California in 1976 and published her first book of poetry in 1978 under the moniker bell hooks, in honor of her maternal great-grandmother, Bell Blair Hooks. hooks chose to leave the letters in her name non-capitalized. Doing so distinguished her from her great grandmother and, she said, put more emphasis on the body and context of her work.

Her writings were incredibly accessible, meant for smart readers, not just academics. In 1981, hooks published Ain’t I a Woman? Black Women and Feminism, where she explored the lingering effects of racism and sexism on Black women and their expected role in society. She argued that the feminist movements of the time often excluded poor and non-white women.

“To this day, Ain't I a Woman is the most consequential of all her many books, in terms of giving leaders a sense of longer, Black, feminist history that’s critical of the mainstream,” said Dr. Robin D. G. Kelley, a distinguished professor and Gary B. Nash endowed chair in U.S. history at the University of California, Los Angeles. “She turned a lot of heads. And then followed suit with Feminist Theory: From Margin to Center, and Talking Back: Thinking Feminist, Thinking Black.”

Kelley said that hooks was never afraid to criticize when she felt it was needed, whether that was commentary on white policies or Black male patriarchal leadership. Her criticisms made her, and other Black intellectuals like Dr. Cornel West, with whom she shared a long friendship, a target for anger and hate in the 1990s. But it never stopped her from writing. 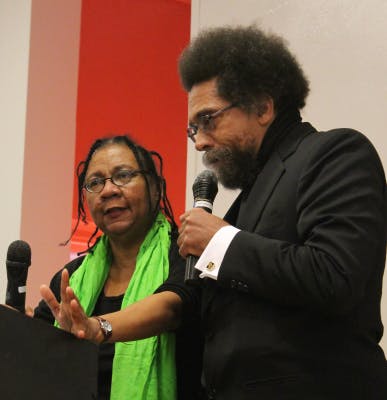 "She was an intellectual giant, spiritual genius and freest of persons," said West, who is the Dietrich Bonhoeffer Professor of Philosophy and Christian Practice at Union Theological Seminary. "We shall never forget her."

Her book Teaching to Transgress, "in many ways, was a turning point for a lot of us,” said Kelley about the seminal 1994 text that hooks authored. The book encouraged teachers to use their classroom to create more critical thinkers who could move toward progress.

“It’s not enough to just bring gender and color differences into the existing system—we have to figure out a way to overturn it in our classroom and our everyday lives,” said Kelley. “Teaching to Transgress is outlaw culture, writing on visual politics, and all of that is based around the scholarship of love.”

In 2000, hooks explored the concept of modern love and its intersection with gender in her book All About Love: New Visions. She said that love is a verb, not a noun, and something that requires precious tending. She asserted that love cannot exist in a power struggle and cannot exist with abuse and encouraged her readers to discover love for themselves before they sought it from others.

That kind of love is crucial when assessing her loss. Glaude said, we must now ask ourselves what we learned from hooks, and what responsibility we have to ensuring that her work and legacy lives on.

“Love is an exacting emotion, a demanding emotion,” said Glaude, who is also an MSNBC analyst. “It requires something of us, to live in that legacy of love, to think of it as a political emotion that has relevance in a world that’s so dark in this moment. To understand that speaking truth courageously is an act of love. And so, to bear witness to her legacy involves speaking truth in our times as we see it, being brutally honest with ourselves in all our faults and woundedness as we try to speak those truths.”

A practicing Buddhist, hooks was fond of saying that she wanted to die in her native Kentucky. On Wednesday, Berea College paid tribute to the famed author.

"Berea College is grateful for her contributions to the campus community and will celebrate her life and legacy through the bell hooks center that opened on campus in fall 2021," the college said in a statement. "The bell hooks Institute at Berea College will continue to be a valuable and informative beacon to her life's work, continuing to remind humans that life is about love. In her words, 'To love well is the task in all meaningful relationships, not just romantic bonds.'" 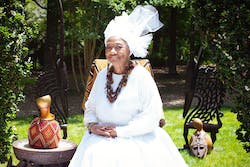