Americans are less likely to respond to a request for help from a Black person than from a white person, according to a new study published by the Proceedings of the National Academy of Sciences. The study describes itself as the first to experimentally test for racial discrimination in the real-world behavior of a large, nationally representative sample of the public.

In the study, researchers sent identical emails to 250,000 people, requesting that they click a link to participate in a political survey. But there was one difference. For half of the recipients, the email appeared to come from a white sender. And for the other half, the sender appeared to be Black.

The results were what the researchers expected. The odds that an email from a white sender got a response were 15.5% higher than the odds of a response to a Black person. This held true for Americans of all ethnic and racial groups except for Black people, who were just as likely to respond to emails from Black senders. 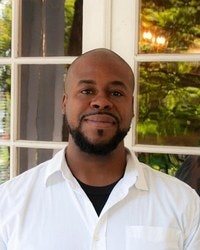 Although not responding to email survey requests from strangers is a common behavior across all races and ethnicities, the researchers described the racial differences in their results as an example of “papercut discrimination,” small, everyday instances of bias that add up over time.

“It’s the idea that one papercut is annoying, [but] many papercuts can be devastating” said Dr. Ray Block Jr., an associate professor of political science and African-American studies at Penn State University and the lead author of the study.

“It’s one of the cumulative reminders that the world is not fair,” said Dr. John Dovidio, the Carl I. Hovland professor emeritus of psychology at Yale University and a leading researcher on aversive racism. “It’s one more reminder that you don’t belong, that you’re not worthy and respected.”

It may also point to deeper injustice.

“I would argue that if our results look this way with something that's relatively easy to do, clicking a link, versus donating money or donating time, I think that we have conservative estimates of the willingness for people to express this form of discrimination,” said Block.

Discrimination was found in every region of the United States, surprising some of the study’s reviewers.

“I hate to be crass about it, but people assume that the South does racism better than everyone else,” said Block. “[But] because this type of discrimination is quotidian, it’s a little easier to do. It’s probably more prevalent because [it’s a] digital interaction.”

To further explore the relationship of politics to discrimination, the researchers also sent the emails to a pool of American elected officials, including every mayor, city councilor, and state legislator.  They found that politicians discriminated at roughly the same rate as the general public. This is consistent with research showing that elected officials are less likely to respond to requests for help from Black constituents.

Because the study focused strictly on measuring discriminatory behavior and not the attitudes behind it, the causes of the discrimination remain unclear. Although the result found by the study could have been caused by anti-Black bias, it also could have been driven by pro-white favoritism. Though these causes have similar effects, the potential solutions would be different.

According to Dovidio, another possible cause of the discrimination could be racial anxiety.

“If you believe you’re liberal and good, there’s a cost to actually interacting with a person of color because it may threaten your self-image,” he said. “[There’s] anxiety that white people have that they may do something wrong, say something wrong. So, what often happens is white Americans won’t turn [an email] down because of the race of the person, at least consciously, but they’ll weigh more heavily all the other things they have to do that day. ‘I can’t do this because I have to go to the store. I can’t do this because what are the questions they’re going to ask me?’”

Regardless of its causes, combating this subtle sort of discrimination will be a challenge. But the work of Block and his co-authors may be a first step.

“Making people aware that race is permeating so many of the decisions in their daily lives may make them more sensitive and responsive to the needs of Black people,” said Dovidio. “And if somebody can point out that this is discrimination, then good people will do the right thing.”