The murder of George Floyd by a Minneapolis police officer on May 25, 2020 galvanized America, provoking a racial reckoning that extended to the nation’s campuses. Colleges and universities rushed to issue statements of sympathy and to form task forces to make systemic changes. But America has a notoriously short attention span and a limited appetite for tough racial conversations. Two years later, how are institutions of higher learning remembering George Floyd? And are they living up to the promises made in his name?

Colleges and universities have offered a range of responses to the second anniversary of Floyd’s murder.

The University of California, Davis is not officially acknowledging the anniversary, leaving it for students and teachers to discuss themselves. Metropolitan State University in St. Paul, just 10 miles from the scene of Floyd’s death, issued a statement inviting students to participate in the nearby George Floyd Global Memorial. A day of action honoring Floyd and others murdered by police is planned for June. The University of California, Irvine is commemorating the anniversary with a virtual screening of the 2021 documentary Who We Are: A Chronicle of Racism in America, as well as a panel discussion with its writer, Jeffrey Robinson. Some, however, are using the date to hold more elaborate events and to reflect on their progress over the past two years.

Oregon State University will mark the anniversary by hosting its inaugural State of Black Affairs Summit. The summit will feature speakers and panel discussions on topics including supporting Black mental health, DEI work in the current climate, and recruiting and retaining Black talent (OSU currently has fewer than 100 Black employees).

The summit is being organized by the President’s Commission on the Status of Black Faculty and Staff Affairs (PCSBFSA), which was formed at OSU in the wake of Floyd’s murder. According to Dr. Tenisha Tevis, an assistant professor in the College of Education and co-chair of the PCSBFSA, the choice of the anniversary for the summit was significant.

“George Floyd’s death was a wake-up call for this nation, so we wanted to use this particular date as a check-in, as a barometer,” said Tevis. “We wanted to know how far have we come as a commission, as an institution?”

Tevis believes that the PCSBFSA has made progress beyond platitudes and superficial solutions.

“A lot of folks have been given band-aids or promises [of] things that are low-hanging fruit,” said Tevis. “We didn’t want to do a caucus [or] some Black faculty staff committee. We wanted to be an actual staple part of the institution. So, from now on, when there’s a hiring of a president or our chief diversity officers, they come to [us], and they ask, ‘What do you want? What do you need?’”

“In the beginning, I was like, ‘OK, y’all, we gotta mad dash to get through this window because it’s going to close,’” she said. “[But] I don’t think this window’s gonna close as quickly as I thought it was.”

Part of this is just for the sad reason that racist violence has become so prominent in America.

“Other folks have died since George Floyd in horrific ways by the hands of police,” said Tevis. “What happened in Buffalo…we’re still in this thing.”

At UC-Irvine, Chief Diversity Officer Dr. Douglas M. Haynes has found his institution to be similarly committed to long-term change. In response to Floyd’s murder, the university formed the Black Thriving Initiative to improve the experience of its African American students.

So far, the Initiative’s accomplishments include free in-depth training modules to educate staff, students, and alumni about anti-Blackness, 13 new positions for scholars of the Black experience and Black well-being, and a reimagining of the campus police, which reduces their presence at protests in favor of unarmed campus safety officers and uses mental health professionals to respond to late calls that would once have been taken by officers.

“We really intend to become the nation’s foremost destination for Black people to thrive,” said Haynes. “And you can’t put that out there without putting in the resources.”

Although schools like OSU and UC-Irvine have been making sincere efforts, it is only the beginning of what will have to be a long journey.

“The gift of this last year is that we are constantly reminding ourselves that the work isn’t done,” said Tevis. “I’m not going to see it in my lifetime. But we keep fighting.”

Haynes agrees that, for many schools, there is still a long way to go to live up to the lofty language that they employed after George Floyd’s murder.

“They’re still not enrolling the significant numbers [of minorities]. They’re not hiring Black faculty. They’re not leveraging the research capacity of that institution to improve Black communities. It’s not enough just to commemorate the killing of the Black man in police custody. You actually have to build the best conditions for living Black people to thrive,” said Haynes. “It’s not enough to commemorate George Floyd. It is not enough.”

The order creates a national registry of officers fired for misconduct and encourages state and local police to tighten restrictions on chokeholds and so-called no-knock warrants. It also restricts the transfer of military equipment to law enforcement agencies and mandates all federal agents wear activated body cameras.

“I know progress can be slow and frustrating, and there’s a concern that the reckoning on race inspired two years ago is beginning to fade,” said Biden, who had tried, without much success to generate bipartisan support for the George Floyd Justice in Policing Act. 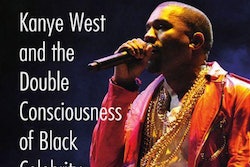