The bill – Creating a Respectful and Open World for Natural Hair, or CROWN Act – was introduced in March by Massachusetts state representative Steven Ultrino,, who said that he wished the state had done this earlier.

The CROWN Coalition – an alliance founded by organizations including Dove, National Urban League, Western Center on Law & Poverty and Color of Change – is an anti-discrimination advocacy group and creator of the CROWN Act movement.

The act specifically states that no school shall implement policies that impair or prohibit natural hairstyles and that workplace discrimination based on natural or protective hairstyles –which includes natural hair texture, as well as styles including twists, locs, braids, and bantu knots,

Scholars have responded to the legislation with both joy and cautious optimism.

Dr. Shuntay Tarver, an assistant professor from Old Dominion University with expertise in cultural competence and African American families, said that hair, much like skin color, is often a “racial marker.”

"Being able to wear hair in the way that it naturally grows, as well as protective styles that protect how it naturally grows, is a crucial piece of one's civil rights," Tarver said, adding that there had not been specific language around hair before, which allowed people to circumvent existing racial protections to continue race discrimination.

"It really was used as a mask for discrimination,” Tarver said. “Folks being able to write that into workplace policies, educational policies, and it impacts every industry within the U.S. This is an issue within sports, corporations, the military. ... I think that this piece of legislation really speaks to human rights indignity, as well as on a more interpersonal level, allowing families to just build self-esteem for Black and Brown youth whose hair texture is not straight in alignment more so with Eurocentric standards.”

Dr. Amanda Wilkerson, an assistant professor in at the University of Central Florida, said she saw the legislation as a means to further expand freedoms in the ongoing fight for social justice.

"I think that this legislation is an important tool for expanding our freedoms and for helping us sort of have rights that put into practice the ideas that I believe this country was founded on when it comes to freedoms for all Americans, ... because we know that that wasn't emphasized early on in the history of this country,” Wilkerson said. “So, we do have to deal specifically with, in a very complicated way, overcoming the most obvious things like white supremacy that make hair bias, hair discrimination a very visible problem. And we also have to deal with white fragility as well as white indifference about the concerns of Americans who have to fight for their humanity through legislation."

Both she and Dr. Nicole Jenkins, an assistant professor of sociology and criminology at Howard University, expressed dismay that there even needs to be a law protecting against this kind of discrimination.

"While it's great, it is also disheartening that we are here even, that we have to have a law that protects against this type of discrimination for people of color,” Jenkins said. “Especially for folks where it's not law, the folks where states are not even considering it or are highly unlikely, that's disheartening."

Jenkins stressed that the passing of state legislation should not signal that the fight is over.

"Even though a state can pass the CROWN Act, the aftermath is what's really important,” Jenkins said. “What this does is it sort of brings folks in and gives the opportunity for language to be adjusted; different polices and these sorts of things to better protect folks. But that's the crucial part, that has to be done for folks to then be protected. So yes, it's great news, I'm so excited about it, but I also don't want folks to think, 'Yay, victory!' and stop. There's still so much work to be done even for the states where the CROWN Act is now law."

The CROWN Act has also made progress at the federal level. In March, a bill was passed in the U.S. House of Representatives. 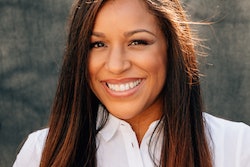 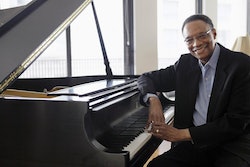