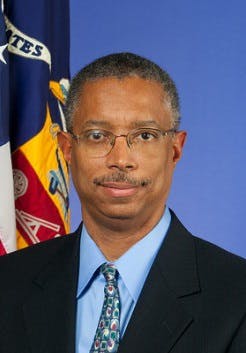 Everyone knows America has a hyper-inequality problem. The six Walton family heirs who own Walmart have the same wealth as the bottom 42 percent of Americans. In the latest data through 2011, researchers Emmanuel Saez and Thomas Piketty show the top one percent of income earners in the U.S. get 20 percent of all the income. Both the Organization for Economic Cooperation and Development (the organization of the advanced industrialized democratic countries,) and the International Monetary Fund recognize that high levels of inequality hurt economic growth. The question is, what do we do about the inequality?

Understanding the need to explain inequality, we now hear from Republican House Budget chair Paul Ryan (R-Wis.) in an interview on Bill Bennett’s Morning in America radio show, that the problem is rooted in the cultural inferiority of inner city men: “We have got this tailspin of culture, in our inner cities in particular, of men not working and just generations of men not even thinking about working or learning to value the culture of work, so there is a real culture problem here that has to be dealt with.” That is, the problem of inequality comes from below.

So, we can solve inequality by blaming the poor. This is class warfare.

Ryan and House Republicans have cut off unemployment insurance help to more than two million people still reeling from the worse labor market since the Great Depression, with 2.6 unemployed workers chasing each job opening. His budget plan calls to slash food assistance to American families despite poverty rates for families with children exceeding 18 percent (before accounting for the positive effects of the Supplemental Nutrition Assistance Program (SNAP) and the Earned Income Tax Credit.)

In the last three years we’ve seen the highest incidence of child poverty since 1962, before the Civil Rights Act and the War on Poverty. Staff economists at the IMF have released a study showing programs like these that reduce inequality both increase the rate of economic growth and ensure the growth is sustained. Even families with workers cannot escape poverty, given the refusal of House Republicans to raise the minimum wage. About one in four poor workers (2.9 million people) in the U.S. worked full-time year-round in 2012.

What Ryan is trying to do is avoid repeating Republican presidential candidate Mitt Romney’s famous characterization of the “47 percent of Americans who pay no income tax.” Owsley County, Ky., is the poorest county in America. But, it is rural and 98.8 percent White, yet 51 percent of its population receives SNAP help to buy food. Ryan’s reference to the culture of inner city men is clearly code to let that Republican voting county know he does not mean Romney’s 47 percent when he takes the side of the rich against the poor.

When interviewed by Lauren Victoria, Ryan feigned ignorance that the reference to inner city men
had anything to do with race. He told her that rural poverty also caused the breakup of families. No one is buying that. Ryan is playing the oldest race card in American politics: The effort to convince working White Americans that the rich are on their side. But, this economy has destroyed the incomes and jobs of White workers, too. It is raising the fear of White parents that their children won’t get good-paying jobs, or be able to crawl out of student debt to buy a home and start a family.

Ryan doesn’t want to blame inequality on the shipping of American jobs overseas by the “job creators.”

The House Republicans continue shielding Wall Street from regulations to discourage the irresponsible actions that caused the Great Recession. In the 1990s, when America was creating jobs at a pace of 226,000 per month, the labor force participation of Black men soared in response, as did American productivity. So, before characterizing Black men as lazy, Ryan and the House Republicans need to look at their own culture: Spending just 113 days at work last year; failing to pass a budget; and causing the shutdown of the federal government. What is the culture of taking over 50 votes to repeal the Affordable Care Act but zero votes to fund returning 300,000 teachers lost to our children’s classrooms because of the recession, or funding the investment the government needs to make in building American roads and bridges?

Ryan and the Republicans hope the 2.5 million White workers unemployed more than 27 weeks understand that cutting unemployment benefits was only aimed at lazy Black men. It is a dangerous strategy to sow hate and division, instead of providing leadership and solutions.

Dr. William Spriggs serves as chief economist to the AFL-CIO and is a professor in and former chair of the Department of Economics at Howard University. Spriggs also is former assistant secretary for the Office of Policy at the United States Department of Labor. Follow him on Twitter: @WSpriggs. 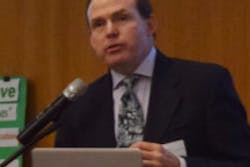 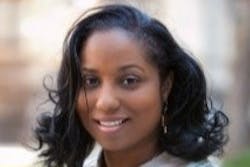 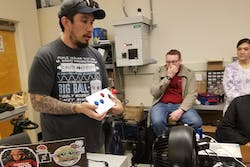 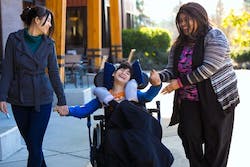