Fueling the Talent Engine —– A Rich Mixture to go the Distance 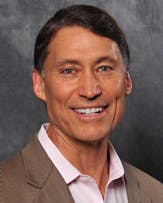 Much like the fuel systems for high-performing jet engines, high-quality educational systems contain a rich mix of the best components. Structured learning comprises one part of the system. Another comes from mentoring/coaching relationships that help teachers and students optimize their ideas and experiences. It is the latter element that is increasingly recognized as being essential for sustained superior performance. Why has this shift occurred and what we can do to more fully employ this coaching fuel for success with multicultural students and faculty?

Educational institutions have historically placed most of their emphasis on providing structured learning activities in the classroom. We now see the inversion of the traditional educational model. Today’s schools use a variety of learning media and resources to accomplish what was traditionally reserved for the classroom.  Increasingly we use the classroom to engage in active mentoring, coaching and assistance with homework that can best be done in a face-to-face setting where the nuance and impact of physical presence, active discussion and experimentation move development from modest to exceptional. This shift is not a fad, it is a step change that the best educators have embraced and are using to benefit a diverse set of learners for whom the traditional model was often ineffective.

The idea of coaching and mentoring is hardly new. In fact, the term “mentor” comes from the oldest story found in Western literature, the Odyssey. In the ancient tale, the goddess Athena adopted the guise of an old man, Mentor, who coached Telemachus, son of Ulysses, to protect his mother from the grasp of predatory suitors while his father was away fighting the Trojan War. What has changed is the way that technology has allowed a shift in the highest and best use of the classroom and the general acceptance of coaching as a primary method of developing excellence in business, sport, the arts and education.

Good coaching begins and ends with a clear definition of success. No pilot would launch an airplane without identifying an intended destination and no business would launch a new product line without a plan for success, yet coaching efforts frequently lack any definition of success. Coaching aims to help people strengthen success behaviors. A graduate student might need to enhance his ability to frame research questions. A teacher might need to increase her ability to simplify complex processes to accessible components. Neither of these examples is well served by conventional testing. Success in such cases resides with the perceptions of the group for which the graduate student is framing the research or the students for whom the teacher needs to simplify the concepts. In a real sense, customers define success. It follows that effective coaching of a teacher should assist them to better understand the varied perspective of diverse learners at the beginning and the end of their teaching efforts.

It is one thing to coach another person; it is quite another to cultivate a coaching culture — a so-called “learning organization.” W. Edwards Deming, the famous quality guru, noted that when it comes to performance and what shapes it — the system/culture is far more powerful than any individual. As the adage goes, culture has strategy for lunch. It follows that giving lectures or providing individual training is a low percentage strategy if the system and culture do not support or display the value of the thing being trained. We do not live in isolation from those around us; rather we are, as David Brooks argues, “social animals.”

The following statement is consistently one of the lowest-rated items on organizational surveys and culture assessments: “I am receiving effective coaching from my boss.” These low ratings are the consequences of the following commonly true conditions:

Given this common profile, it is little wonder that coaching skills are rare in most organizations.

We can change this profile by recognizing that coaching plays a primary role in an effective learning organization. When we ground coaching efforts in success defined by diverse customers and create the conditions that flexibly and responsively support a healthy coaching culture, we can fuel the talent engines of our organizations to perform at the highest levels of excellence.