On Being a Professor with Autism, and Traveling the World to Destigmatize It

Do not pace back and forth when waiting in line for airport security. Airport personnel will become suspicious. Be aware of your hypersensitive visual sense and avoid looking too intently at the many and varied stimuli in airports. This can make other travelers anxious. When headed to the restroom, do not touch every seatback as you move through the airplane’s aisle. Although you need this for vestibular balance, it invades the private space of passengers. When an international flight is canceled or delayed, employ your autism-based proclivity to systemize; tell yourself airports in every country work the same way and there are set procedures for dealing with change.

These rules are just some of the internal narratives I have developed enabling me to successfully travel around the world sharing my vision about autism and Asperger Syndrome – while being on the spectrum myself.

As a clinical assistant professor of special education at Adelphi University in New York — a university with an award-winning program, Bridges to Adelphi, for students on the spectrum — I have spoken at over 1,000 conferences on autism around the globe. My journey of 48 countries — and all but four of the states in the U.S. — has presented unique challenges, and extraordinary satisfaction, as well. In short, I am on a focused mission (which, by the way, is often the case for those of us with Asperger Syndrome).

My key message is simple, but surprising: To see autism as abilities-based, not deficit-based, which is an inversion of current thinking. Autism commonly brings what I consider to be almost superpowers, such as the ability to assimilate enormous amounts of information and data, a high degree of visual thinking, and the ability to quickly understand systems and mechanisms. In short, I do not travel to cure autism. I travel to celebrate its potential. 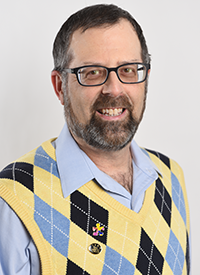 People on the autism spectrum have similar characteristics no matter their nationality or race. However, there are great differences in societal awareness, acceptance and appreciation of people on the autism spectrum throughout the world. For example, Finnish people with Asperger Syndrome are accepted into society without question. They are completing doctoral degrees and serving in influential fields like psychology. Not doing so because of Asperger Syndrome would be the same, in Finland, as being disqualified from an academic program because the applicant wears glasses.

When I was in Israel, for example, I found the kind of hypersensitive visual sense that people on the autism spectrum often have is greatly valued. Here, armed forces actively seek people with autism to serve as soldiers in Israel Defense Force’s “Visual Intelligence Division,” otherwise known as Unit 9900, which makes use of their extraordinary gifts for visual thinking and attention to detail to bolster security.

In Japan, however, I found that people with disabilities and other differences can have significant problems with acceptance into Japanese society. That said, there is a fascinating study and practice of inclusion happening just outside of Tokyo at the Musashino Higashi Gakuen, an elite private school of 2,500 students. One third of them have autism. Called Daily Life Therapy, their philosophy is to teach all students a balanced lifestyle of physical, emotional and intellectual development. To the casual observer, it is often impossible to discern which children are on the autism spectrum and which are not.

Throughout my global visits from Bhutan to Qatar, there are frequently pockets of best or near-best practice even in the most resource-poor areas, often initiated by parents of children on the autism spectrum. The biggest differentiators are awareness, knowledge and support to education and accommodating those with differences.

I’ve seen people with autism all over the globe valued for the unique set of talents and gifts they bring, from the classroom to the military. We need to continue to rethink autism as a set of valuable gifts and a unique way of seeing and interacting with the world, rather than a disability, to solve our world’s most pressing problems.

Fortunately for me, as a sensory seeker, it’s wheels up to my 49th country next year. Turbulence might frighten the non-autistic person next to me, but the vestibular input from flight and turbulence is actually quite enjoyable to me.

Dr. Stephen Shore is a clinical assistant professor in the Ruth S. Ammon School of Education in Adelphi University of New York.

ODU Settles with Justice Department on Discrimination and Retaliation Investigation