Unified Champion Schools, a Special Olympics educational program that has been saved from the federal fiscal chopping block, is known as an initiative whose benefits extend beyond the intellectually disabled.

Dr. Michelle Yin, a principal economist with the American Institutes for Research who has been studying the Unified program for two years, said the three-pronged effort brings disabled and non-disabled students together in unified sports, inclusive leadership and whole-school engagement. 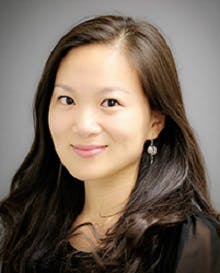 “There is no comparable intervention at that scale and also at that level.”

A tempest arose last week following news that the White House’s 2019 fiscal budget proposal recommended eliminating money for the program, which reaches about 3.6 million intellectually disabled students. The funds, about $18 million, have been provided for 10 years and would come from the Department of Education’s budget.

President Donald J. Trump had asked all federal departments and agencies to look for at least 5 percent of their budgets to cut by eliminating waste and unnecessary or redundant spending. After outcry from lawmakers across party lines, Trump announced that the program will be funded.

Education Secretary Betsy DeVos, who took heat in Senate and House hearings over the matter, praised the decision. The multimillionaire said she supports Special Olympics programs, fought “behind the scenes” against the recommended cut and has personally given a portion of her government salary to Special Olympics in the past.

In a statement posted on the Special Olympics International website, chairman Dr. Timothy P. Shriver sought to clarify that the funding cut would not have affected the traditional Special Olympics athletic competition because philanthropists and others fund that, not the U.S. government.

But continued federal funding is critical to the growing program’s efforts to increase access and support for the students it serves, Shriver said. He said the number of schools participating in Unified Schools, currently about 6,500, is expected to reach 7,500 by the end of this school year and 8,500 by next year. 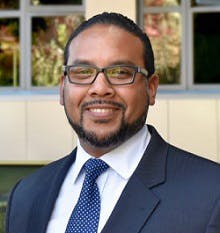 The program has been “adopted by governments around the world,” added Shriver, “and the United States should continue to be a leader for effective interventions in addressing the fear of difference.”

“We’re evaluating the spill-over effects beyond social inclusion,” she added. “What we’ve seen so far is really positive. It unifies students with and without special abilities, and it unifies communities, their parents and caregivers.”

Unified Schools is the kind of initiative that can helps prepare all students for life on a diverse college campus, said Dr. David Surratt, vice president for student affairs and dean of students at University of Oklahoma.

“The idea is, throughout the educational process, you have the opportunity to interact with and be exposed to differences, including the intellectually different,” said Surratt. “Programs that structure that in formal ways really give students, not just those differently abled, an opportunity to engage differently with others in their educational environment before coming to the university setting.”

Without adequate awareness and support, students with intellectual disabilities can become an invisible population, Surratt acknowledged. He gave a familiar example of how sometimes a speaker at an event may not want to use a microphone and asks the audience if they can hear.

“That causes the hearing-challenged to either ‘out’ themselves and be embarrassed” or remain silent and perhaps miss what is said, Surratt said.

Facing such unintentional exclusion “is a challenge and it is a danger for essentially small populations amongst minority groups who are not prioritized in educational settings,” he said, “while majority members may not see or feel that minority members will be impacted in a different way.”