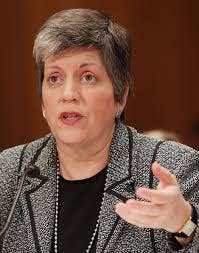 MEXICO CITY ― Americans studying in Latin America have stopped looking so intently at Mexico, which has dropped from first to fourth for U.S. students going abroad in the region in 10 years. Only about 4,000 U.S. students study in Mexico, with crime and drug violence being the main deterrent. More American students go to Costa Rica, Argentina and Brazil today than Mexico.

The U.S. government wants to boost that number to 100,000, one reason for coinciding visits Wednesday by both Secretary of State John Kerry and former Department of Homeland Security Secretary Janet Napolitano, who heads the 10-campus University of California system.

Kerry will announce the new exchange goals to launch a bilateral forum for higher education, innovation and research. President Barack Obama’s new higher education exchange initiative aims to have 100,000 students from each country. A similar program in Mexico, Proyecta, has the goal of sending 100,000 Mexican students a year to the U.S. by 2018. Little more than 14,000 Mexicans study there today.

Mexico was once the top location for U.S. students studying in Latin America, with so many economic and familial ties between the two neighbors. But the numbers dropped with the spike in drug violence, especially during the stepped-up attacks on cartels by the administration of President Felipe Calderon, who left office in 2012. He served at the same time Napolitano was in charge of homeland security for the United States, which openly supported Calderon’s strategy.

“Once [the exchanges] are delayed or stopped, institutions set up affiliations and programs elsewhere, having longer term consequences for the numbers,” said Shannon O’Neill, senior fellow at the New York-based Council on Foreign Relations. “So even if violence wanes, it can be hard for the numbers to rebound.”

Current Mexican president Enrique Pena Nieto argues that the violence is down, but several hotspots around the country belie his depiction, including western Michoacan state, the Texas border state of Tamaulipas and both Morelos and Mexico state surrounding Mexico City.

Justin Bogda, 21, did an internship at the U.S. Embassy in Mexico City in the summer of 2013 while studying at the University of Southern California. He said when he told his family about his plans, they were frightened.

“They said, ‘Oh my God, there’s all the violence’ because of what they see on the news,’” said the Kinnelon, New Jersey, native, adding that in some places like Mexico City, it’s more the perception than the reality.

Today, laid-back Costa Rica is the No. 1 pick, with nearly 8,000 American students. The increase in students there can also be attributed to the U.S. emphasis on environmental studies, with Costa Rica’s rainforests and national conservation programs, he said.

In a document describing the Proyecta plan, the Mexican government also acknowledges the “perception” of insecurity has inhibited U.S. students. It also cites a lack of English speakers in Mexico and Spanish speakers in the U.S. as obstacles, noting that most Americans know nothing about educational opportunities in their neighboring country to the south.

Goodman said both countries would benefit from increased exchanges, especially given the number of Americans now of Mexican origin.

“To have Americans growing up and know nothing about our Spanish-speaking citizens … means that our education is incomplete,” Goodman said. “Knowing Mexico to me is as important as taking another course in economics.”