Kellogg Initiative Seeks to Extend Diversity Beyond the Campus 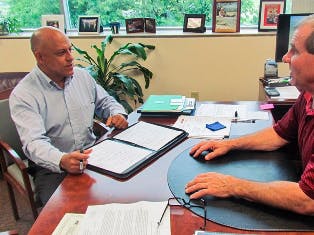 As one of the world’s largest philanthropic organizations, the W.K. Kellogg Foundation has long been recognized for its support of innovative health care programs. Over the years, the foundation, which was founded in 1930, has also looked out for the interests of Battle Creek, Michigan, the organization’s hometown.

In recent years, Kellogg has supported programs that have expanded access to quality health care for low-income individuals and that have developed opportunity and inclusion initiatives for Latino families.

This past summer, the foundation helped launch the Center for Diversity and Innovation (CDI) at the Battle Creek-based Kellogg Community College with a three-year, $2.1 million grant. Unlike diversity offices and centers residing at U.S. colleges and universities, the Center for Diversity and Innovation’s mission targets not just the campus but extends to the entire Battle Creek community.

The center has been launched to “help the city of Battle Creek address institutional racism and racial inequities by building the capacity and institutions to tackle that work,” says Jorge Zeballos, the CDI executive director.

“In many ways, [launching the new center] was driven by the Kellogg Foundation who some years ago began to do some internal [review] work that led to the establishment of racial equity as one of their priorities,” he said.

“The existence of racial inequities in almost every system is something that most people acknowledge at the national level. … Now given that reality I think it’s not a big leap to also begin to understand those realities are replicated at the local level in all states and all cities,” explained Zeballos.

Roughly 52,347 people reside in Battle Creek, and 136,146 live in the city’s metropolitan region. The 2010 census reports that 31 percent of the city’s minority population lives in poverty compared to 15 percent of Whites. Between 2008 and 2010, the Michigan Department of Community Health found that the city’s infant mortality rate for African-Americans was 5.2 times higher than Whites.

“I can certainly hear from the community in the short time that I’ve been here there’s a certain level of awareness about different groups having different levels of access to opportunities,” said Zeballos, who recently relocated to Battle Creek from Guilford College in Greensboro, N.C.

Zeballos, who formerly served as Guilford College’s director for diversity training and development, says it’s expected the new center will collaborate with local groups and organizations on events and group discussions to determine community needs and wants. “I’m new to this community and I’ve been spending much of my time meeting people and getting to know the area,” he notes.

Dr. Dennis Bona, president of Kellogg Community College, has been blunt in describing the CDI mission. “The ultimate goal is to break down the structural racism that exists in our community. It exists, it’s alive and well, and we need to work as a community toward breaking down some of those barriers,” he said in a Kellogg Foundation interview.

The center will work with as many 90 people annually in diversity training efforts, recruiting largely business leaders, legislators, and health care providers who shape policies and regulations that “form the structural racism that we have to address,” according to Bona.

Chris Sargent, the executive vice president and chief operating officer of the

United Way of the Battle Creek and Kalamazoo Region, says the CDI has the potential to bring about real change to Battle Creek and the surrounding community. Much of the center’s current credibility comes from the fact that it’s based at Kellogg Community College.