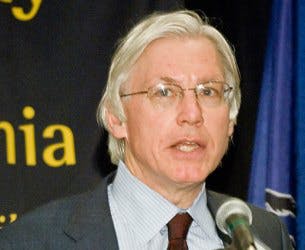 David Baime, senior vice president for government relations and research at the American Association of Community Colleges (AACC), said that students would benefit if certain Pell Grant provisions could be added to the reauthorization.

Hispanic populations are the second-fastest growing demographic in the United States, surpassed only by immigrants from Asia. While there has been a decline in the overall number of immigrants arriving from Latin America—and particularly Mexico—in recent years, Hispanic communities have put down deep roots in the United States.

Increasing numbers of Hispanic students are attending colleges or universities in the U.S. Some 29 percent of public nursery school students are Hispanic, suggesting that, in less than a generation, colleges and university enrollments may be close to a third Hispanic. Already, the number of Hispanic recent high school graduates enrolling in college has surpassed White recent graduates, according to the U.S. Census Bureau Report, using data from 2012.

This suggests that Hispanic Serving Institutions (HSIs) will be increasingly important in years ahead. HSIs, which have been recognized by the federal government since 1992, are defined as any not-for-profit institution serving a student population that is at least 25 percent Hispanic. There are 409 HSIs in the U.S. and Puerto Rico, and demographic shifts indicate that there will be more, even by next year.

The Hispanic Association of Colleges and Universities (HACU), which represents and promotes the interests of HSIs, convened its annual Capitol Forum in Washington, D.C., earlier this week. Representatives of HACU member institutions have convened at the Capitol each spring for the past 20 years to meet with legislators.

This year, the stakes are higher than usual because the Higher Education Act (HEA) is up for reauthorization. GOP lawmakers have already made a number of hints and suggestions about what their version of the HEA would look like.

The Senate Health, Education, Labor and Pensions (HELP) Committee came out with three white papers on Monday. Although they are not specific policy recommendations, they give a sense of where priorities lie for the new HELP committee.

One paper looked at reforming and overhauling accreditation. Another, focusing on consumer information, toyed with the idea of creating a federal student-unit record database. Finally, the paper on risk-sharing suggested that institutions might be required to pay back some of students’ defaulted loans to the Department of Education and otherwise sanction institutions where large numbers of students and graduates default on their loans. The risk-sharing proposals did not specifically exclude community colleges or historically Black colleges and universities.

In addition, Rep. Tom Price of Georgia, House budget committee chairman, recently proposed freezing the current maximum Pell Grant allowance for the next 10 years. The current maximum allowance is $5,775 and has not increased by more than $85 annually in the past several years.

At the HACU Capitol Forum, much of the focus was on maintaining and increasing access to Pell Grants. The federal government funded the Pell program with more than $30 billion last year, more than any other program in the federal education budget. As such, Pell Grants reach the widest swath of students—more than 8 billion.

“This year’s budget looks to keep Pell stable and we intend to fight to the end for that,” Ted Mitchell, under secretary of education, said on Monday.

At a Monday panel, Smith advised HSI representatives that the current budget environment was a difficult one, but that it was critical to fight for the Pell. “The purchasing power of the Pell Grant program in terms of the share of college cost paid is at the lowest level in its history,” she said. “So that’s incredibly important for the student that we are all concerned about, if they are going to be able to enroll and persist in college.”

Other higher education leaders, such as David Baime, senior vice president for government relations and research at the American Association of Community Colleges (AACC), said that students would benefit if certain Pell Grant provisions could be added to the reauthorization—namely, restoring the year-round Pell Grant, eligibility for ability-to-benefit students, and restoring Pell eligibility back to 18 semesters from the current 12.

All of those provisions were formerly elements of the Pell Grant but were removed in years past.

Many low-income, first-generation-to-college students rely on Pell Grants. For Hispanic students, who in years past have been less likely to borrow money to fund their educations, the grants are particularly crucial. Hispanic students also tend to be more likely to take advantage of Pell Grants than other students. “Forty-one percent of all Latino students receive a Pell Grant at community colleges, and that contrasts to about 35 or 36 percent of the average community college student,” Baime said.

“We’ve been having promising conversations on the Hill, and those have been promising from both sides of the aisle, so we’re extremely optimistic about moving that proposal,” Mitchell said of America’s College Promise.

While there has been much attention paid to the plight of undocumented youth in the past year, there was limited mention of the DREAM Act or the Deferred Action for Childhood Arrivals (DACA) program at the Capitol Forum. A HACU leader said that issues concerning Pell Grants and other funding sources are a top priority this year because they currently have the most traction in the House and Senate. Undocumented or not, in general Hispanic youth still have substantial hurdles to overcome, financial and otherwise, in order to get a degree or credential.