Despite a record number of Hispanic students enrolling in college, only 3.9 percent of university presidents are Hispanic, according to data from 2016. 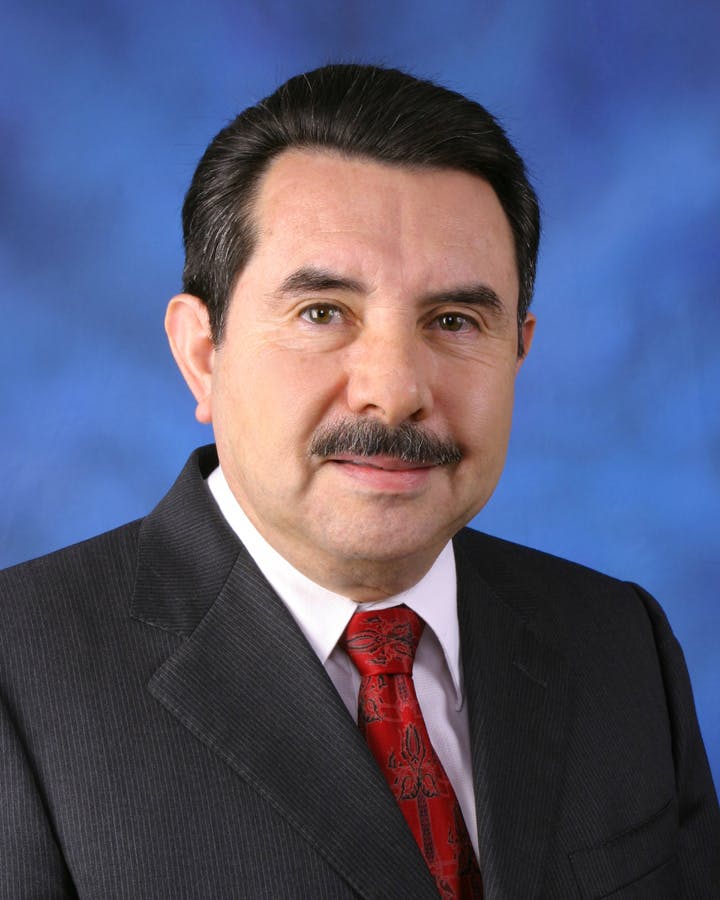 But the Hispanic Association of Colleges and Universities (HACU) plans to curb that trend with its first fellowship cohort for the Inaugural Presidential Leadership Academy, La Academia de Liderazgo. It just announced its first 24 fellows, Latinx higher education professionals who will receive tailored leadership training throughout the year.

“We really believe that it’s a very special program in the sense that it’s targeting the population that has been historically underserved in terms of leadership roles in higher education,” said Dr. Antonio R. Flores, CEO and president of HACUs.

The goal of the Presidential Leadership Academy is to prepare participants for leadership roles at all kinds of schools, especially Hispanic serving institutions, emerging and established. Flores hopes fellows will step into higher roles at their universities and inspire their students to be leaders, as well.

Students at Hispanic serving institutions would be “interacting with people who look like them who are performing those roles, confirming the fact that they can also do it,” Flores said. “It will probably motivate them to pursue those same opportunities down the road.”

The fellowship will feature three seminars, each a week long. The first will be combined with the organization’s annual conference in October and the second will take place during its Global Capitol Forum in April. The third and final seminar will take place abroad with a focus on how to connect HSIs with academic opportunities worldwide, such as study abroad programs and research partnerships with faculty from other countries.

Fellows will also attend a series of webinars, covering topics from fundraising to governance models to social media for university presidents. Toward the end of the program, fellows can participate in mock interviews with recruiting firms that typically do college and university hiring.

By the end of the year, fellows will have developed plans for capstone projects they can implement on their campuses after the program.

But the academy isn’t just about building skills – it’s also about building relationships, said Flores. Each fellow is paired with a mentor. Because there are few Latinx leaders already in these roles, professionals looking to advance to the presidency sometimes lack the contacts they need to help them move forward.

“We don’t have the social capital, the networks in higher education that are helpful to advance careers of individual leaders,” he said.

He hopes the fellowship can help to change that.

“Those relationships that they will establish with fellow participants, with the faculty, with the mentors and so forth will be very long-lasting,” said Flores. “They can always draw on each other to address issues on their campuses.”

Current and emeriti presidents and senior-level administrators will serve as faculty for the upcoming seminars. For example, Rhode Island College president Dr. Frank Sánchez will co-lead a session on the role of student affairs in presidential leadership at the first seminar. He’ll be touching on topics such as enrollment goals, retention rates and campus climate.

“How do we make sure we’re really supporting growing and changing cultural demographics?” Sanchez asked. “Are we being responsive? Are we sensitive to the unique needs and challenges of our diverse communities? Those are very important lessons for today’s and tomorrow’s presidents.”

Sánchez said “incredibly talented” Latinx higher education professionals sometimes convince themselves to not take on presidential roles because they don’t feel equipped or they have assumptions about what it means to be a president. He was also intimidated, at first. He wishes someone had told him earlier in his career that every president brings different skills and priorities to the position, he said, and that’s why he thinks the academy is so important.

“It’s a mechanism to attract those folks, the few that are in higher education … to say ‘Hey, here’s a pathway – even if you just had a small inkling of ever becoming president,” he said. “We have some work to do. We have to be able to provide better onboarding opportunities, better training, better professional development opportunities so that the next generation of presidents has the best shot for succeeding and transforming our institutions and better serving our communities.”