An ‘Hispanic-Thriving’ Institution: University of Texas at San Antonio Earns 2020 Seal of Excelencia

Editor’s Note: Diverse: Issues In Higher Education and Excelencia in Education have partnered to exclusively release names of the institutions that have earned the 2020 Seal of Excelencia, a national certification that confirms an institution goes beyond enrollment to intentionally serve Latino students. The following school, the University of Texas at San Antonio, is one of five institutions to earn the 2020 Seal of Excelencia. To learn more about the seal, visit https://www.edexcelencia.org/seal-excelencia-framework.

The University of Texas at San Antonio (UTSA) takes pride in always striving to better serve Latinx students and bring that success into the community.

Excelencia in Education’s Seal of Excelencia reflects an institution’s core values of ensuring student success for a diverse and inclusive student body. This national certification reflects not just institutional policies, but a clear manifestation of those policies in practices that show data-proven results. 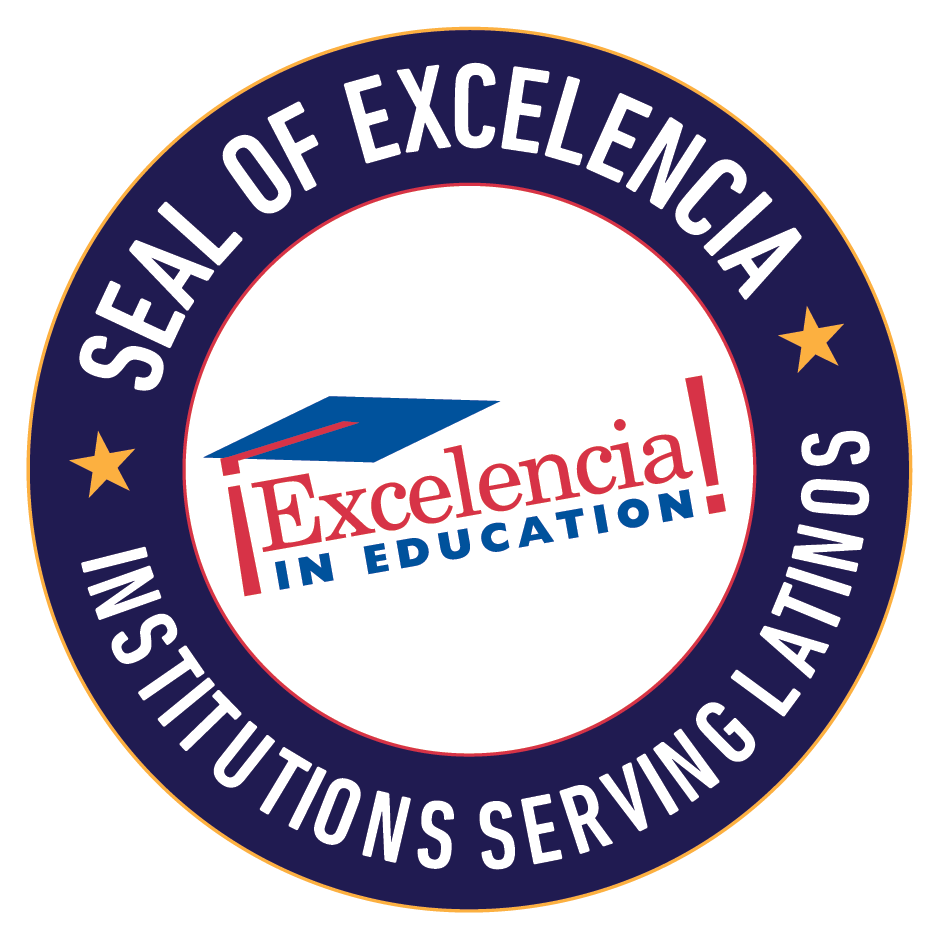 “You can intentionally serve Hispanic students and make a positive difference in their education and career,” says CEO of Excelencia in Education Deborah A. Santiago, of the message that the Seal sends. “You have to be intentional in enrolling them and serve them meaningfully, which means meeting students where they’re at.”

There are three core components that drive student success: data, practice and leadership

“The demography of our city is obviously minority-majority and there’s a very keen desire within our community that UTSA become exemplary as an institution,” says Eighmy. “It’s not that we will become exemplary automatically upon receipt of the Seal. It’s more a state of being that we continue to work towards going forward.

“It’s a strategic component of where we’re going as an institution.”

If a Latinx student wants to know that a college or university is prepared and interested in serving them, Santiago says seeing that the school has earned the Seal will provide that information. 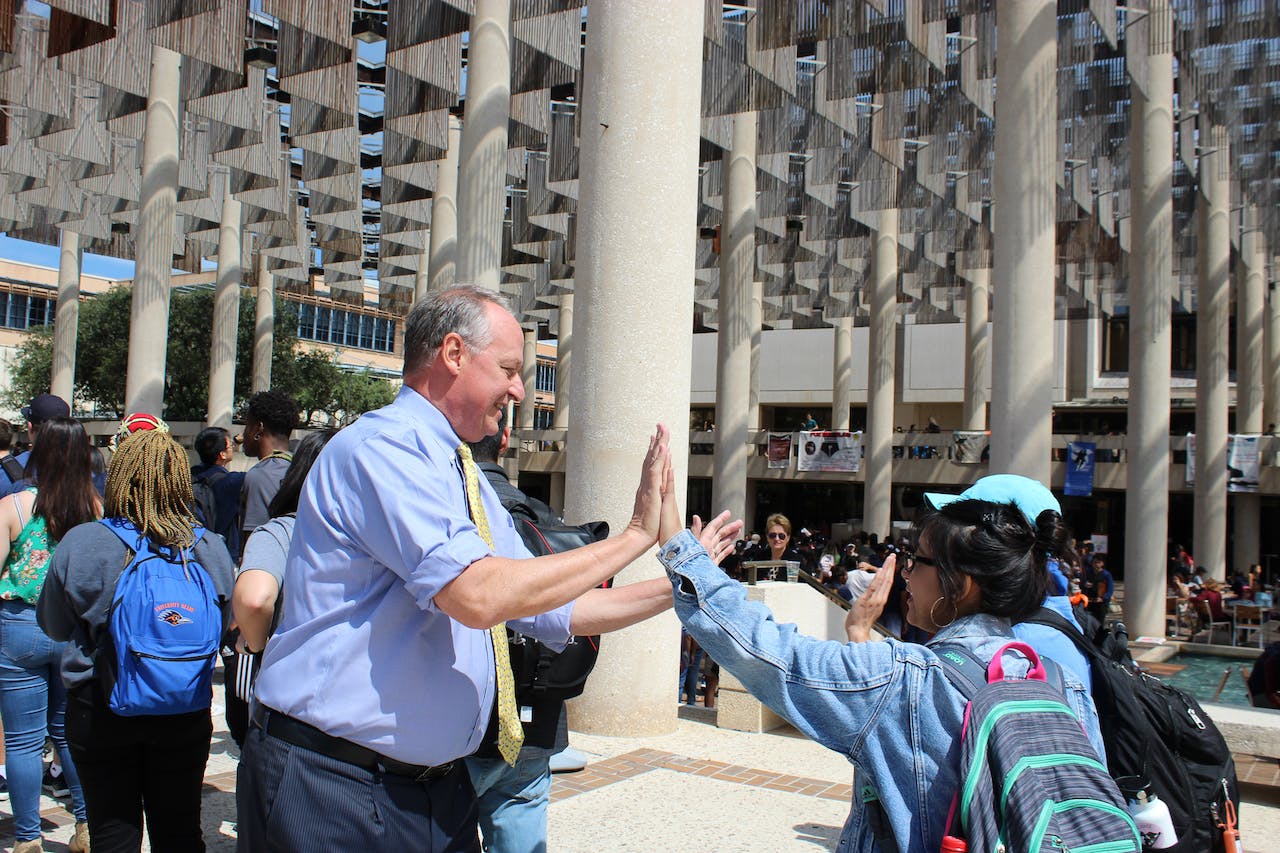 Latinx students comprise 59.4% of total undergraduate enrollment at UTSA. In the LEAD Summer Academy, a bridge program for incoming students offered conditional admission, 67% of the participants are Latinx.

With a 26% increase in graduation rates and improved GPA, Latinx students who have participated in the Resilience & Retention Advising program have outperformed other participants, who showed an increase of 19%.

“It offers them a concierge-level service to help communicate with advisors, with faculty and make sure they’re on their path to degree completion,” says Dr. Heather Shipley, UTSA’s senior vice provost of academic affairs, who chaired the group that put together UTSA’s application for the Seal. “ … Each student has an academic advisor that is focused on the area that they’re studying. That partners with the success centers that we have that focus on the relationship of the faculty and the student.”

Eighmy says UTSA is poised to accelerate its success in serving Latinx students as it moves toward becoming a Carnegie-designated Research 1 (R1) institution. There are currently 14 Hispanic Serving Institutions (HSIs) that are R1.

“We’re all in this together, advancing this idea that because of our demography and our focus around Hispanic-thriving, we all are reflective of the new universities of the future for our country,” says Eighmy.

“We’ve had about a 25% increase in our Latino students, which is a 10% increase more than our other students,” says Espy.

She says a revised approach on admissions to the honors college has led to a more than 45% increase in the Latinx student population.

“Because our curriculum in the honors college is fully experiential-based, it’s about being immersed in the communities,” Espy says. “The marketable skills you gain as part of the curriculum, we really are preparing students for what comes next and those kinds of leaders who will be the policymakers of the future.”

In its First to Go & Graduate initiative, UTSA has brought together first-generation students with faculty who are also the first in their families to graduate from college. In addition to first-generation faculty coaches, there are also first-generation peer mentors. Espy says there is intrusive advising that is oriented toward retention and recruitment. According to Espy, paying attention to all the pieces has been the key to success.

“Conveying a sense of ‘you belong here’ and ‘we’re here to help you reach your future,’” says Espy. 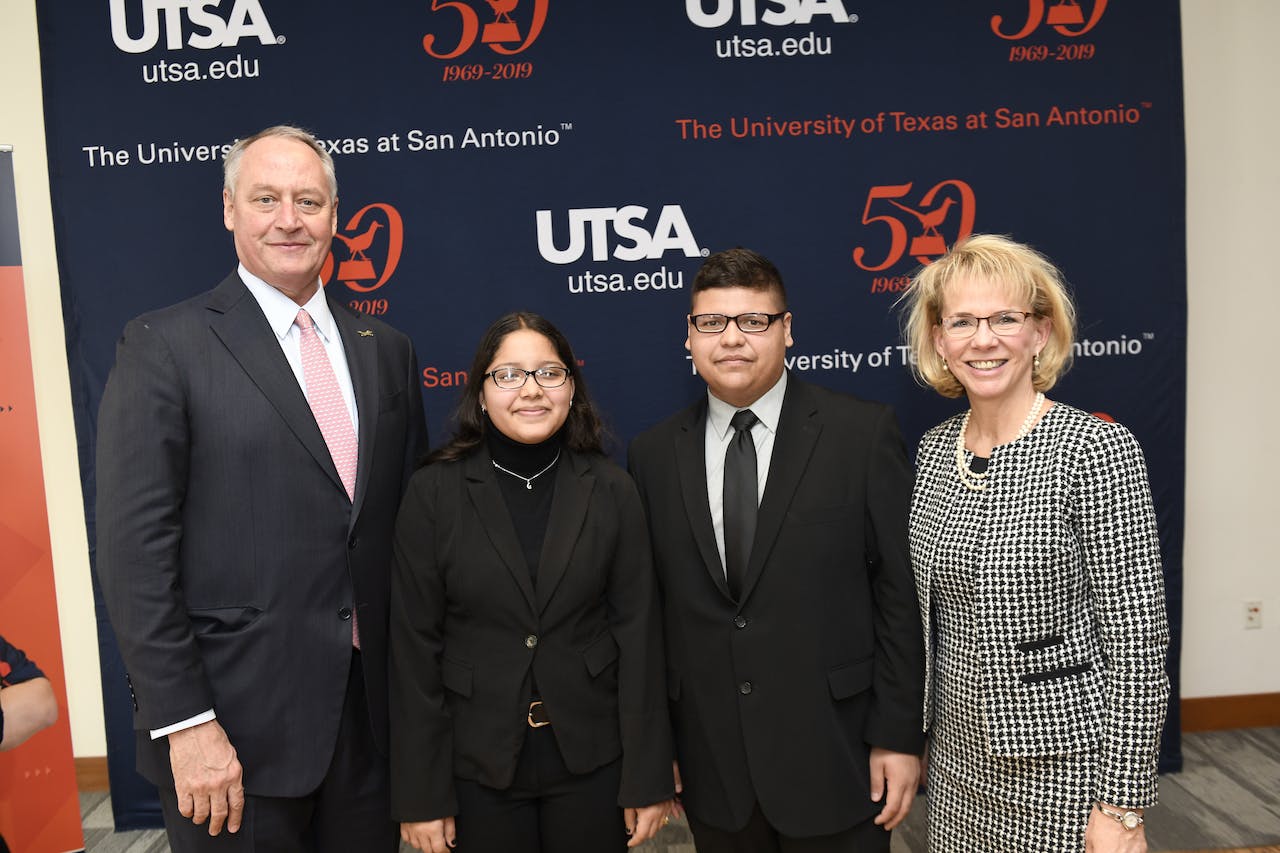 When Eighmy set his sights on the Seal, he visited two institutions that had earned it last year and says he and fellow administrators shared best practices. In the world of COVID-19, public research universities are reinventing themselves as they move forward, he says. Programs to advance student success for Latinx students are being refined to have a higher impact, and Eighmy intends to share information with other institutions. This will include working with Excelencia to host workshops, training events and best practices conferences.

“We meet with [the colleges] routinely to work on our agreements so that students have the most seamless transition,” says Shipley. “We have our transfer center that partners with them and other institutions. We have two programs, Alamo On-TRAC and Alamo Runners.”

With Alamo On-TRAC, students take courses at Alamo and UTSA at the same time to facilitate transfer. There is also reverse transfer back to Alamo, so students can complete their associate’s degree there and finish their bachelor’s degree at UTSA. Alamo Runners serves students who were admitted to UTSA but chose to enroll at Alamo. These students have an Alamo College senior advisor and peer mentor. They dual-enroll in classes qualifying for 12 Alamo credits and three UTSA credits. To date, 61% of the 51 students who have participated identify as Latinx.

Santiago says it is “incredibly important” for an institution’s faculty, staff and administration to have Latinx representation. “To not just reflect and inform the strategies and efforts, but also to make sure the students know that their strengths and needs are understood,” says Santiago. “We look at representation as a critical element, but it is not absolute. There need to be culturally responsive strategies and efforts as well.”

Espy says UTSA administration has worked very hard on recruiting and retaining diverse faculty. Institutional funds have been invested to accelerate hiring progress, which has enabled UTSA to bring in faculty through regular search mechanisms and bring in additional faculty through targeted opportunities.

“There is a diversity advocate on each of our search committees,” says Espy. “We’ve done a lot of training relative to bias. We’ve reformed the composition of our search committees to make sure they’re reflective of the broad and diverse backgrounds of our faculty. We bring human resources into play, making sure our screening pool has both an underrepresented minority and a female. … It’s made a huge difference.”

To help foster faculty retention, UTSA has revised principles around tenure and promotion, including language that supports UTSA’s role as an HSI. One hundred percent of Latinx tenure-track faculty hired between 2010-12 were granted tenure and promotion to associate professor.

In terms of diversifying administration, a broader look at the search process was implemented as well as a faculty fellows program to develop administrators from within the university.

Santiago says the way Eighmy brought his cabinet together to advance his goal of UTSA being a “Hispanic thriving institution” stands out. When the person at the very top states that intention and acts on it, the impact will follow, which UTSA’s data supports.

UTSA collaborates with the other institutions of higher education in San Antonio, particularly in the area of workforce development and it works closely with the city, the county, economic development agencies and the San Antonio Economic Development Foundation. There are also classroom-to-career initiatives.

“We’re working closely now [on] a major ballot initiative around helping our community and those displaced workers get back to work through workforce training, retraining, upscaling and college completion,” says Eighmy. “We all have this moral imperative to help [our] community and use the principles of growing a knowledge economy to address the workforce development needs.”

Eighmy says overall enrollment for the fall semester is up almost 6% compared to fall 2019, adding, “The personalized approach we take goes a long way.”

This article originally appeared in the October 1, 2020 edition of Diverse. You can find it here.