NEW YORK — Women had less than a third of speaking parts in the most popular films from 2007 to 2014, according to a new study that gives further evidence of persistent inequality in Hollywood, on-screen and off.

The University of Southern California’s Annenberg School for Communication and Journalism examined the 700 top-grossing films between 2007 and 2014 for the study, released Wednesday. The results, researchers said, reveal “a complete picture of Hollywood’s indisputable bias against featuring females, people of color and LGBT characters on screen.”

USC found little signs of improvement. In 2014’s 100 most popular movies, 21 featured a female lead, about the same percentage as the 20 found among the top films of 2007.

“By examining the trends over time, it is clear that no progress has been made either on screen or behind the camera when it comes to representing reality,” said USC professor Stacy L. Smith, author of the study. “This report reflects a dismal record of diversity for not just one group, but for females, people of color and the LGBT community.”

The study adds to a growing body of data that has illustrated equality in the movie industry. In May, the American Civil Liberties Union asked state and federal agencies to investigate the hiring practices by the major studios, networks and talent agencies, specifically in regard to the hiring of female directors.

USC’s Media, Diversity and Social Change Initiative has focused on analyzing the most popular movies in recent years, which encompasses most studio releases and some independent films.

It found that among the top 100 movies last year, 73.1 percent of all speaking or named characters were white; 4.9 percent were Hispanic; 12.5 percent were black; 5.3 percent were Asian. None starred a female actor older than 45. 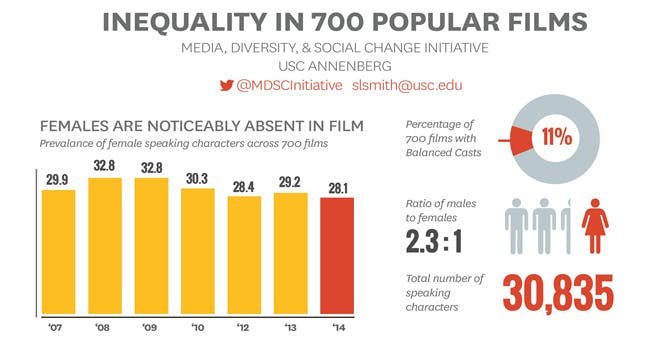 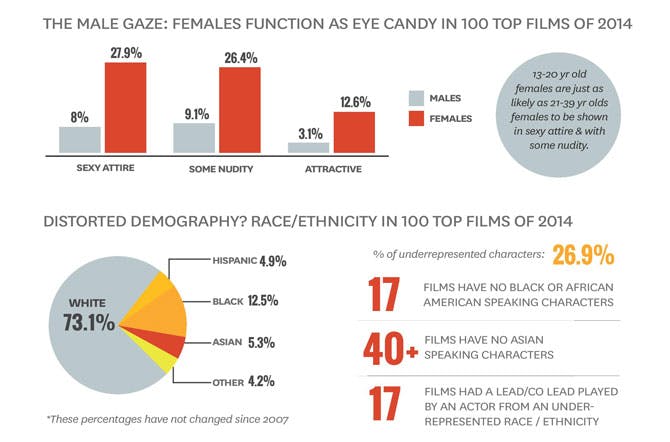 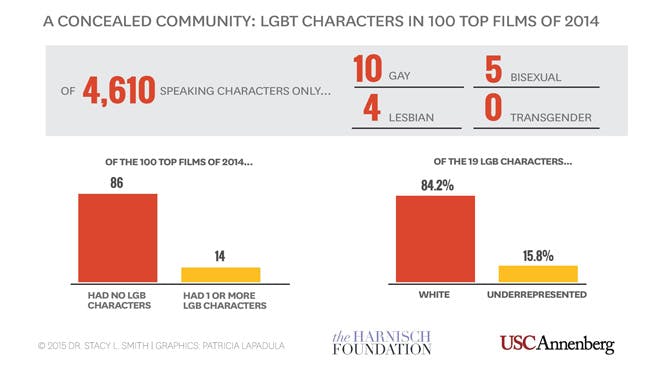