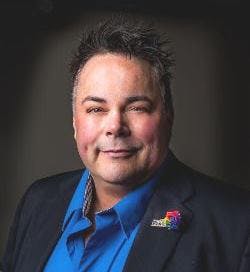 My own personal lessons in coming out had taught me that simply living my life openly as an active leader within a community could make a positive difference. Why not have more national organizations actually based and operated in areas with little or no LGBTQ visibility?

As many of you may know, the state of North Carolina has recently become a political firestorm with the passage of House Bill 2 (HB2). The “bathroom bill,” as it has been called, not only prevents transgender people from using the bathroom on the basis of their gender identity, it is also a direct assault on civil protections and the right to earn a living wage.

The HB2 revolt and negative reactions to boycott the state of North Carolina have been swift and strong. Cities, counties and state governments have issued travel bans to North Carolina. Demi Lovato, Nick Jonas, Bruce Springsteen and other artists have canceled concert dates.

The NBA is considering pulling out the upcoming All-Star Game in 2017. Deutsche Bank and PayPal stopped plans to expand operations in the state. And most recently, the U.S. Department of Justice is suing the state of North Carolina over HB2.

These HB2 boycott efforts and actions have placed Campus Pride in a vital role as a national organization within North Carolina. In April, we assisted with several protests against HB2 by students within the UNC system. We also reached out to North Carolina private colleges including Davidson College, Guilford College, Queens University and Elon University to issue statements about HB2.

Over the last 15 years, by being based in Charlotte, Campus Pride has invested tremendous resources into the local community and across the state supporting LGBTQ youth. Our organization even spoke the night that the Charlotte Non-Discrimination Ordinance passed at the Charlotte City Council meeting. All of us were very proud of the victory that night. Charlotte did the right thing—and as an organization we still are proud to call Charlotte our home.

Now more than ever, we need organizations like Campus Pride “living and breathing” in Southern, Midwestern and more rural communities. Activism and leadership takes conviction and fighting hard for what is just. That is what Campus Pride teaches today’s LGBTQ and ally leaders as social justice advocates.

If we, as a movement, are to change hearts and minds in places like North Carolina, then we cannot run away or leave stranded LGBTQ people or organizations boldly living and making difficult but positive strides on the frontlines.

Financially, the actions of North Carolina lawmakers could negatively impact the budget of organizations like Campus Pride and jeopardize the future of our signature programs like Camp Pride from training another decade of LGBTQ and ally youth leaders. Attendance may likely be lower this year if individuals are concerned about safety or boycotting the state of North Carolina.

Trust me, the politicians who voted for HB2 would be thrilled to hear that their actions are also harming LGBTQ people and LGBTQ organizations in Charlotte. One of my young adult leaders who recently graduated college in Florida had the right idea: “LGBTQ youth need us right now in North Carolina. Campus Pride should be visible and have more support than ever.

We should be ‘glitter-fying’ North Carolina right now!”

Yes, we should be “glitter-fying” the state of North Carolina. We should flood the state with LGBTQ events and activities. Rainbows and glitter everywhere, as if every day was a pride parade. Together we should show visible support and solidarity for leaders and organizations in North Carolina and other states battling these so-called religious freedom bills.

Right now we need solidarity and perseverance in the face of adversity. If we are ever to achieve “lived equality,” then this is the hard work ahead of us.

Shane L. Windmeyer is a leading author on LGBTQ campus issues, a national leader for civil rights and a champion for LGBTQ issues on college campuses. He is founder and executive director of Campus Pride. Learn more online at www.CampusPride.org.