On the day after Donald J. Trump’s inauguration, more than 100,000 people are expected to descend on the nation’s capital for the Women’s March on Washington, a gathering that is anticipated to bring in many more attendees than the inauguration itself.

While the march has been billed by some as an “anti-Trump” event, march co-chairs have said that the event is intended to be a show of solidarity and strength, rather than protest. Nevertheless, Trump, or what Trump represents, will be the backdrop and context for the march. A mission statement from the national co-chairs reads in part: 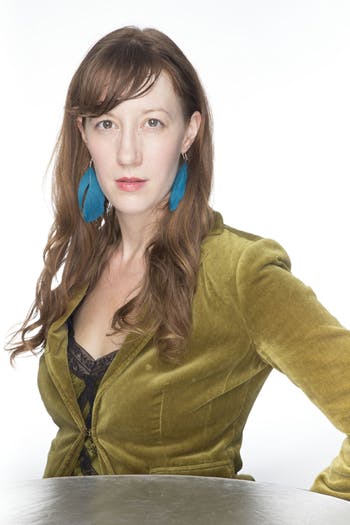 Bob Bland, one of the four national co-chairs of the march.

“In the spirit of democracy and honoring the champions of human rights, dignity, and justice who have come before us, we join in diversity to show our presence in numbers too great to ignore. The Women’s March on Washington will send a bold message to our new government on their first day in office, and to the world that women’s rights are human rights. We stand together, recognizing that defending the most marginalized among is defending all of us.”

Other protests will be held in cities across the United States and the world on the same day. Yet, as the march has grown into a sprawling international demonstration, complete with its own app, it has been accused of being too broadly defined, and inadequately inclusive or representative of all women. In response, as the date of the march approaches, organizers continue to refine and modify the mission statement and other principles guiding the march.

Dr. LeRhonda S. Manigault-Bryant, associate dean of the faculty and associate professor of Africana Studies at Williams College, wrote in the New York Times, “There is a history of black women being overlooked by, excluded from and co-opted into events that profess to be for the benefit of all women but that at their core almost exclusively benefit middle class, straight, white women.”

She added, “The sense of betrayal white women have expressed in the post-election season is at best disingenuous, since we cannot say enough about the ways they turned out at the polls. The impetus of this march — Donald Trump’s election to the office of president of the United States — seems too little too late.”

Exit polls show that 52 percent of White women voters cast their ballot for Trump, while 94 percent of Black women and 69 percent of Latino women voted for Clinton.

Conflicts about intersectionality have been entwined with the march since its origins. As a National Review headline crows, “Women’s March Morphs into Intersectional Torture Chamber.”

Bob Bland, one of the four national co-chairs of the march, told Man Repellera women’s lifestyle and fashion website, that her views have evolved as the march has come together.

“It’s not enough to have that have always been there in the feminist movement,” she said, “It’s about recognizing the different forms of intersectionality within the feminist movement, among people of all faith, among the LGBTQIA community, and giving each group a metaphorical microphone. That was a learning curve for me early on in this organization. You can’t just welcome people to the march and say that it’s unified. You have to center their voices in leadership.”

In part, the amorphous nature of the event is the result of its somewhat spontaneous origins. The march began with a Facebook post expressing frustration at Trump’s election written by Rebecca Shook, a retired attorney living in Hawaii.

With the help of some friends, Shook created an event invite for a march on Washington on Pantsuit Nation, a Facebook group created in celebration of Hillary Clinton’s run for president. The name pokes affectionate fun at Clinton’s penchant for pantsuit ensembles. Shook posted the invite to the group’s page the night after election and within 24 hours 10,000 people RSVP’d in the affirmative.

Since then, the event has grown exponentially, leaving organizers at the national and local level to hustle in two months to coordinate logistics for what has become a massive event. Four national co-chairs are now managing national organization efforts: Bland, Carmen Perez, Tamika D. Mallory, and Linda Sarsour.

Over the course of its evolution, the name of the event has also changed. Originally, it was to be named the Million Women March, in what organizers have since called a “tribute” to the 1963 March on Washington. The name evokes other historic marches, such as Nation of Islam leader Louis Farrakhan’s Million Man March on Washington in 1995.

Critics, however, pointed out that the name appropriated that of a 1997 event in Philadelphia — the Million Woman March, a protest started by Dr. Phile’ Chionesu that was intended to promote positive change in the community and to support the self-determination of Black women.

On January 13, with a little over a week to go until Inauguration Day, organizers released the March’s “unity principles,” a platform that recognizes activists and women’s rights leaders from the past and the contemporary moment, such as Harriet Tubman, Ella Baker, Angela Davis, as well as Gloria Steinem, Audre Lorde and Malala Yousafzai.

“The WMW has the potential to be a unifying event if organizers and participants fully recognize that calls for solidarity often ring hollow for black women and that many black women see the recent election as the latest iteration of white feminists’ betrayal,” Dr. Ashley Farmer, assistant professor at Boston University, wrote in Black Perspectives in early January. “After all, true representation requires more than simply a prominent seat on the stage.”