With shifting notions of gender and sexuality, ongoing discussions about reproductive rights and the emergence of the #MeToo and #TimesUp movements, a cohort of faculty members at LaGuardia Community College (LAGCC) within the City University of New York system saw a need for a program that could provide students with an understanding of the systems and theories that shape the world around them.

After a lengthy process of bringing the idea for a Women, Gender and Sexuality Studies Option in Liberal Arts (WGS) to administrators, developing courses and completing an articulation agreement with CUNY Hunter College, faculty launched the degree option this fall. The program offers students an educational opportunity to explore and understand women and their roles in the context of today’s social and political climate.

The option enrolled approximately 15 students this semester, although they are not necessarily all majors, says Dr. Jacqueline Jones, associate professor of English at LAGCC and one of the faculty members that led the charge to bring the option to the college.

As program director, Jones notes that college leaders were “very receptive” to the idea of having a program in women, gender and sexuality studies. And after LAGCC submitted the WGS proposal to the state, it was approved all at once. 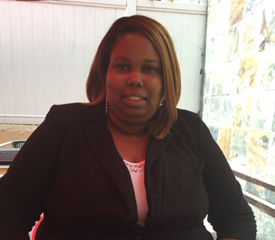 “No rejections, no questions, no nothing,” says Dr. Ann Feibel, associate provost and dean for academic affairs at LAGCC.

“We’re always looking to expand our Liberal Arts options for our students and be relevant to give them the best educational opportunity,” Feibel says, adding that English, social science and philosophy courses are represented in the new degree.

Students taking courses in the Women, Gender and Sexuality Studies Option complete 60 credits to receive their associate’s degree. Thirty credits are in the pathways common core, and the remaining credits are specifically for the WGS program.

The interdisciplinary WGS courses include Introduction to Women, Gender and Sexuality Studies; Transnational Feminisms; Images of Women in Literature; The Woman Writer; Gay and Lesbian Writers; Sexuality in Literature; Philosophy of Gender and Sex; Gender and Communication; Women and Gender in U.S. History; Politics of Sexuality; Women in Society; and Psychology of Women.

Other courses focus on First Year Seminar for Liberal Arts; Humanism, Science and Technology; and preparing and writing a research paper.

“They’re learning all of the key foundations and theories,” Jones says, noting that faculty like to integrate activism into their courses so students realize that what they are studying are not just theoretical ideas, but ones that apply to the lived experience.

In the Transnational Feminism capstone course, for instance, students examine how globalization and capitalism affect people across nations, Jones says.

Dr. Allia Abdullah-Matta, associate professor of English at LAGCC, is another central faculty member involved in bringing the WGS program to LaGuardia. She teaches Introduction to Women, Gender and Sexuality Studies, a course that is the first exposure to the field for some students at the college.

“A number of the students knew what they were signing up for, but a couple of them didn’t really fully get what they were signing up for,” Abdullah-Matta says. “So that piece has been to try to teach them to think about these issues and apply them to a larger context. I’ve seen some great movement in terms of their thinking, and how they themselves are situated in this discourse.” 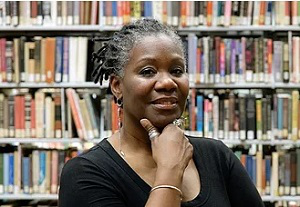 Students in the introductory course are required to keep a “gender log” to document how they see gender playing out in society on the bus, on the train or in their households, for example.

“Some of their assignments you could really see that they were noticing little things and then were able to analyze it,” Abdullah-Matta says.

During one class session, the professor asked students what were their thoughts after watching a documentary about Title IX and rape on college and university campuses.

One student responded, “‘Oh, I’m mad,’” Abdullah-Matta recalls, adding that the female student could not believe that campus investigators asked women who experienced a sexual assault how much they had been drinking, if they were wearing short clothing or if they were by themselves when the incident happened.

“She was really incensed by, when these young women were reporting [sexual assault], the way they were treated by the institution,” she says.

However, Abdullah-Matta says it can be challenging at times to engage students around issues of gender and sexuality.

“These kinds of topics bring up issues of how we were raised, how we’re all socialized [and] how we move in this society, and so in that way, it can be a little intense, but I think it’s very positive,” she says. “I can see that they’re starting to really apply the concepts. I see growth … intellectual growth and conscious growth.”

“We really hope to train students who have a rigorous ability to use critical thinking and analytical skills,” she says. “We would hope and we encourage students to go on and get a bachelor’s degree. There’s definitely things students can do if they choose to stop at an associate’s degree.”

Because of the interdisciplinary nature of the WGS program, students interested in pursuing careers in the field can work for domestic violence shelters, grassroots organizations, women’s advocacy groups, human rights groups or craft public policy.

Given the sociopolitical climate, faculty members are hopeful that students who may or may not want to be full Women, Gender and Sexuality Studies Option majors will still take the courses and be open to learning more about the field, Abdullah-Matta says.

Looking to the future

The faculty committee that initially developed the WGS program now hopes that it will eventually expand into a full area of study at LaGuardia. There are plans for a “big launch” next semester in the form of an open house to get students interested, Jones says.

Faculty members currently coordinate with the college’s communications department to get the word out about the Women, Gender and Sexuality Studies Option and have visited First Year Seminar courses to make students aware of the program.

Social media campaigns on Facebook and Twitter inform students about program events — such as the one about Women in the Media — and find innovative ways to spark students’ interest. One social media activity had faculty share a small blurb from a book they liked this summer that connected with concepts or theories in women, gender and sexuality studies.

Dean Feibel says the option component of any new program at LaGuardia often serves as what she calls a “springboard” for growth into a free-standing program.

“If there is enough student interest and [enrollment] starts reaching triple digits consistently for a year or two, we then look into applying to the state and making it a stand-alone program, not just part of an option,” Feibel says. This was the case with LAGCC’s music program last year and, most recently, the college’s TV and film program.

WGS faculty also hope to complete more articulation agreements with other colleges and universities to ensure students can transfer and further their studies if they wish. When the committee initially came together to develop the program, they researched community colleges — in and outside of the CUNY system — with similar WGS programs.

“I’m really happy that being at some place like LaGuardia, we’re able to do these things,” Abdullah-Matta says of creating the degree option. “I do believe that there’s a way as a professor that we can continue to develop and grow by creating programs.”

Much of the early success around the creation of the program has been due to committed faculty, leaders say.

“The faculty are so progressive and are so dedicated to this that when they stand in front of a classroom of students, it emanates from them,” Feibel says. “What goes on this year could change for next year, but I really believe that they are very relevant and I would never doubt their ability to intertwine [real world events] into the curriculum.”

In turn, this will support and empower students to see how they can make an impact in their community and country through the WGS option, Feibel says.

“I think it’s important to know how much the faculty were really dedicated into seeing this happen at LaGuardia because if it wasn’t for them and really trying to work on this articulation agreement and developing the courses, we wouldn’t have this program right now,” Feibel says. “The faculty really believed in this.”

This article appeared in the December 13, 2018 edition of Diverse.