Harvard University has named transgender activist, writer, producer, advocate and director Janet Mock as the 2019 Harvard University Artist of the Year. The award will be presented to Mock at the annual Harvard Cultural Rhythms festival on March 9 in Memorial Hall’s Sanders Theatre. 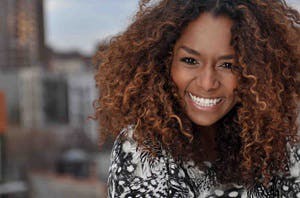 Last year, Mock made television history as the first transgender woman of color to write, direct and produce a television series, Ryan Murphy’s “POSE,” which had the largest cast of transgender actors in regular roles for a scripted series to date, according to The Harvard Gazette.

Born in Hawaii, Mock has also been named one of Time magazine’s “100 Most Influential People of 2018”, one of Variety’s “Power of Women” in 2017 and one of Fast Company’s “most creative people in business” in 2015.

She has also produced and conducted all of the interviews for the HBO documentary “The Trans List” and hosted and produced the podcast “Never Before” that featured in-depth interviews with people like Kris Jenner, Tina Knowles, Rep. Maxine Waters and Oscar winner Tarell Alvin McCraney.

Mock received a bachelor’s degree in fashion merchandising from the University of Hawaii, Manoa and a master’s degree in journalism from New York University.