Lavender Graduations have now become commonplace on many colleges campuses in the United States and abroad.

But it wasn’t always that way.

The end-of-the year ceremony, which celebrates the achievements of graduating LGBTQ college students, has become a culminating experience for many of these individuals, who at times faced insurmountable challenges, including outright discrimination during their time in college, for being gay.

Next year, Lavender Graduations will mark a historic milestone as it celebrates two decades of hosting these celebratory ceremonies on college campuses, with the first taking place in 1995 at the University of Michigan.

“I am totally shocked,” says Dr. Ronni Sanlo, on the success of Lavender Graduations, which she says has now spread to more than 500 colleges and universities across the nation. “I feel this is the legacy I’ve left for higher education.” 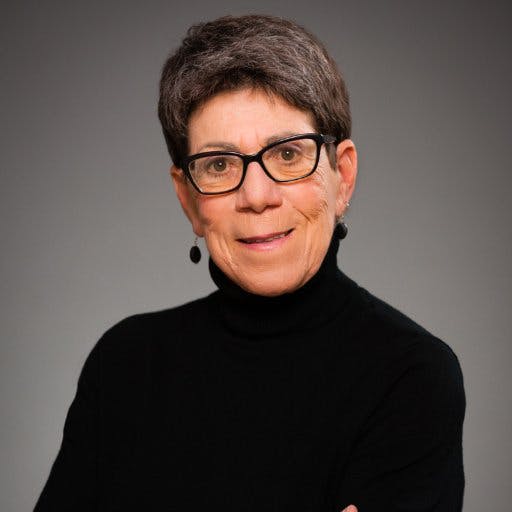 Shortly after Sanlo arrived at the University of Michigan in 1994 as director of the school’s Office of Lesbian Gay Bisexual Transgender Affairs, she noticed a number of African-American students dressed in their caps and gowns with colorful kente cloth in the days before the university’s main commencement ceremony.

She learned that they had their own graduation ceremony and thought that something similar was needed for LGBTQ students on campus.

“I wanted LGBTQ students to know that they mattered, that their scholarship mattered, and I wanted them to feel good about giving back to the institution,” says Sanlo, adding that during her time as an undergraduate at the University of Florida, she was in the closet about her own sexuality. “I wanted them to have one last piece of college that was exciting for them, since so many LGBTQ students couldn’t wait to get out.”

She presented the idea to the dean of students at Michigan who embraced the concept, and in 1994, the nation had its first Lavender Graduation in 1995.

“We had three people who participated in the first Lavender Graduation. They were brave enough and willing to do this,” says Sanlo. “We gave them certificates of distinction and they all got a rainbow tassel.”

After landing a job as director of Lesbian Gay Bisexual Transgender (LGBT) Campus Resource Center at the University of California Los Angeles, Sanlo started a Lavender Graduation there. Over the course of a few years, the ceremonies became popular at other campuses throughout the nation and have now taken hold at institutions as far away as Canada.

Sanlo, who is now retired from academia after having worked in student affairs and as a college professor, says that she is encouraged that high schools and even some community-based centers have opted to host ceremonies for LGBTQ students. A nationally known consultant who stays busy speaking at student affairs conference, she says that the graduations have helped to shift the culture when it comes to LGBTQ students on college campuses.

“This is about broadening and making this accessible for students and their families,” she says

Historically, the color lavender has been important to LGBTQ history, according to officials at the Human Rights Campaign (HRC), a civil rights organization with a membership of about three million.

“It is a combination of the pink triangle that gay men were forced to wear in concentration camps and the black triangle designating lesbians as political prisoners in Nazi Germany. The LGBTQ civil rights movement took these symbols of hatred and combined them to make symbols and color of pride and community,” according to HRC’s website.

At Babson College in Massachusetts, writer and performance artist Alok Vaid-Menon used this year’s Lavender Graduation to encourage graduates to “ambition beyond categorization.”

“What I’ve learned as a gender non-conforming person, rather than failing to be a man or woman, I’m triumphing in being myself,” Vaid-Menon told graduates. “To live a life without categorization is not actually chaos; it’s complete and utter creativity.”

At Georgetown University — an institution that has historically been conservative on social issues — the university has enthusiastically embraced the Lavender Graduation, with the event expanding each year, forcing the university to find a bigger revenue. The college’s president, Dr. John J. DeGioia attends each year. Last year, the keynote address was delivered by Pamela K. Chen, a Federal District Judge in the Eastern District of New York in Brooklyn and the first LGBTQ identified Asian-American federal judge in the nation. This year’s speaker was Dr. Joshua Javier Guzmán, a Georgetown alumnus who is now an assistant professor in the Department of Gender Studies at UCLA.

Guzmán, who graduated from Georgetown in 2010 and went on to earn his PhD in Performance Studies at New York University, says that he was inspired to return to campus to witness how Lavender Graduation has grown in the nearly 10 years since he graduated.

“To see so many graduates, and some allies was amazing, given the sheer number,” says Guzmán. “It didn’t feel this way when I was on campus. The larger community out there wasn’t articulated when I was at Georgetown.”

The creation of the LGBT Resource Center on campus has definitely “made a big difference,” says Guzmán, in helping the graduation gain attention and focusing.

More importantly, Guzmán says that having students from all ethnic and socioeconomic backgrounds engaged in the Graduation, demonstrates the unifying nature of such a ceremony.

“It’s important that we don’t lose sight of what brings us together, and that is that we all share a desire in the belief that there has to be other ways of being in the world, regardless of race, ethnicity and sexual orientation,” he says. “We want something better. That’s what queerness is; refusing to let our desires be legislated in a normative way.”

Guzmán says that despite the success and recognition of the Lavender Graduations, more work has be done to elevate the status of LGBTQ individuals on college campuses and beyond. He sees the graduations at part of a larger civil and human rights struggle.

“The impetus of the Lavender Graduation is that we are never really satisfied with the status quo,” he says. “It is a critique of the status quo. It is not just about pride. It is also a reminder that we still have a lot of work to do.”