Is Hollywood Ready for Its Close-Up? UCLA Scholars Examine Progress in Diversity

At the end of her acceptance speech for best actress at the 90th annual Academy Awards in 2018, Frances McDormand said, “I have two words for you: inclusion rider.”

That phrase, which puzzled many viewers at the time, is now part of the lexicon of scholarly research, including a recent UCLA study, which found that “current status quo approaches to addressing the entertainment industry’s diversity problem have failed to move the needle in any significant way.”

Titled “By All M.E.A.N.S. Necessary: Essential Practices for Transforming Hollywood Diversity and Inclusion,” the report is based on an analysis of current inclusion and diversity programs at Hollywood studios, agencies and other companies as well as interviews of 21 entertainment industry leaders. The research was conducted by the UCLA Division of Social Sciences professors Drs. Darnell Hunt, Ana-Christina Ramón and J Shim. 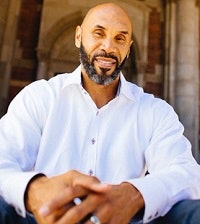 The researchers developed a model called M.E.A.N.S., which stands for MODERNIZE your worldview to reflect changing U.S. demographics; EXPAND the net in routine talent searches; AMPLIFY the voices of women, especially women of color, within organizations; NORMALIZE compensation practices to reduce barriers to entry for marginalized groups; and STRUCTURE incentives for decision makers to prioritize diversity and inclusion.

For the last six years the UCLA team of social scientists has issued annual updates known as the Hollywood Diversity Report. “That report is like an almanac full or numbers—every TV show, ratings, top movies, box office and how all of that relates to diversity,” said Hunt, the lead author of the report, dean of the social sciences division and professor of sociology.

“This study is an attempt to say, ‘we’ve done this research for the last six years so let’s pull together all the accumulated knowledge that we’ve developed,’” Hunt added.

“So we thought that an important intervention we could make was by pulling together in one place all the strategies that seemed to be making a difference and arguing that if you’re really serious about diversity in Hollywood you need to be employing all of these strategies together, which is where the title of the report comes from — by all means necessary—if you want to see real, sustainable change,” Hunt explained.

The report comes 20 years after the “Hollywood White Out,” which focused attention on the dismal diversity and inclusion statistics particularly in the television industry around the turn of the century. The researchers explained that in response to pressure from the NAACP and a coalition of media and social justice organizations, major TV networks and studios created numerous diversity initiatives aimed at addressing the systematic exclusion of people of color and women in the television and film industries, triggered by “the announcement of a 1999-2000 television season featuring no leads of color among the new shows.”

The resulting outcry resulted in a Memorandum of Understanding signed by the major broadcast television networks and advocacy groups representing minority communities and established the intent to improve opportunities for people of color in Hollywood. 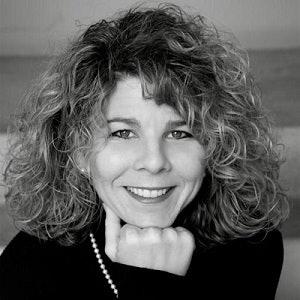 Then in 2015 and 2016 the industry was slammed by the #OscarsSoWhite criticism resulting from the omission of people of color among nominees. In both years all actors nominated in the lead and supporting acting categories were White.

Other scholars have examined the progress Hollywood is making toward inclusion, notably the University of Southern California’s Annenberg Inclusion Initiative, piloted by Dr. Stacy L. Smith, which reported an uptick in representation of African-American and Asian characters due in part to the success of “The Black Panther” and “Crazy Rich Asians,” but added, “While this is good news for these two communities, the Latino population, Native American, Native Hawaiian, and MENA groups, as well as those from multiracial/other backgrounds have seen no progress in representation on screen.” That study also found that representation of LGBTQ characters –particularly transgender—is “where progress is urgently needed.”

“Undoubtedly, 2019 Hollywood is a far cry from 1999 Hollywood with respect to diversity and inclusion,” the UCLA study point out. “But the United States and its audiences have also become considerably more racially and ethnically diverse over the 20-year period, which has raised the stakes for the entertainment industry in its efforts to catch up with a diversifying America.”

The study cites recent population figures of 40 percent people of color and more than 50 percent women in the population as a whole. It also states that people of color have had “a profound impact on the success of Hollywood’s top films” accounting for the majority of domestic ticket buyers for five of the top ten films in 2017.

Ultimately, the scientists point to the bottom line as an incentive for increasing diversity, stating, “The data clearly show that racially and ethnically diverse talent combined with authentic stories is an especially potent and profitable mix for the new mainstream.”