In 2017 the Federal Bureau of Investigations Hate Crime statistics indicated a slight increase in the reported number of hate crimes against the LGBTQ+ community since 2015. An internet search of instances of LGBTQ+ violence in 2019 will yield dozens of articles reporting how members of the LGBTQ+ community have been physically assaulted, victims of slurs and hate speech and murdered. This alarming tally of hate occurring across the nation only accounts for those incidents which were reported and excludes the countless microaggressions – statements based on inaccurate stereotypes and misgendering – experienced by LGBTQ+ community members on a daily basis.

Although higher education has been lauded for fostering an inclusive environment which facilitates identity development, college campuses are not immune to occurrences of hate and bias. Frequently these occurrences are unintentionally perpetuated by institutional policies and campus culture. For examples of these occurrences, many individuals might think of the lack of gender-neutral bathrooms at their institution or logistical challenges a student might experience from choosing a name different than their legal name or using gender neutral pronouns; however, even more frequently occurring examples exist. Take for instance the gender specific titles of homecoming king and queen and the expectation of who will serve as the escort of that individual, the heteronormative slant for sex education resources and information, or the utilization of gender specific criteria for awards and scholarships.

I recognize the creation of a more inclusive campus community can require a substantial investment of resources from the institution especially in regard to facility and systematic improvements; however, the following recommendations of inclusive practices are able to be implemented with minimal resources. 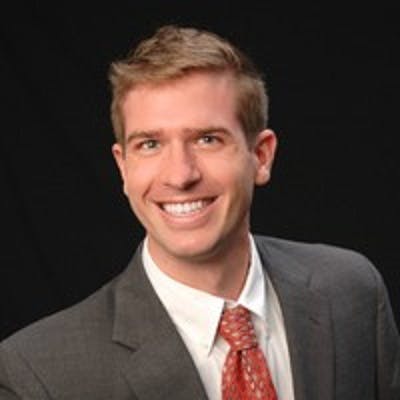 1. Include your personal pronouns in your email signature and/or nametags. This small action helps to normalize the practice of inquiring about one’s pronouns as a way to ensure individuals are not misgendered. Frequently individuals are misgendered based on assumptions one makes an individual’s physical appearance, attire or name.

3. When evaluating programming and event space both on and off-campus, make sure to select a venue which includes gender neutral facilities. Members of the trans* community and gender non-conforming individuals are likely to feel unwelcomed in a space which does not provide the same restroom opportunities for them as are provided for binary conforming individuals. Additionally, it should be noted that gender neutral facilities should be available in the immediate proximity of the event space and not in an adjacent building or another floor to provide the same convenience available to gender conforming individuals.

4. Is your homecoming week an opportunity to unify alumni, students, faculty and staff around a week-long series of events promoting school spirit or is it a week-long series of events that promotes gender stereotypes and heteronormativity through homecoming king and queen competitions? The criteria to be selected to the Homecoming Court varies by institution; however, one can reasonably assume the candidates represent the best of the student body. Institutions should consider the creation of a gender-neutral homecoming court to recognize their top students while not excluding students who might not conform to gender binaries or express their identity in a stereotypical fashion. Further exploration of this idea would involve institutions removing the use of an escort for each homecoming court member to keep the focus on the individual successes of each student and to end the perpetuation of a heteronormative relationship.

5. Be cognizant of capturing pictures of campus events and provide students with an opportunity to opt out of their pictures being posted to social media. Many students are comfortable expressing their sexual identity on campus but are not yet comfortable sharing that identity in social circles outside of the campus community. By posting pictures of campus events and activities, one might inadvertently “out” an LGBT student who has not shared their identity to non-members of the campus community.

The successful implementation of the recommendations in this article will help promote a welcoming and inclusive environment for the LGBTQ+ students at your institution.

Bryan Hamann is the associate director of student activities at Bellarmine University.