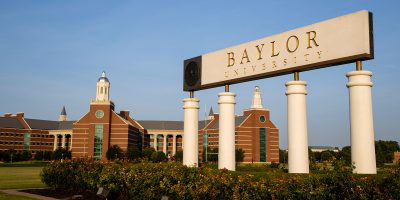 This resolution asks the school administration to allow the group to be an official organization.

“This is not a policy vote or governance vote. It is our voice, but we hope that we have influence and that decision makers do listen to us with regard to the vote that we just took,” said Matthew Cordon, Faculty Senate chair, director of the legal writing program and law professor.

There has also been a petition for the Baylor community to show support for Gamma Alpha Upsilon.

More than 3,000 alumni have signed another petition asking for Gamma Alpha Upsilon to be official.

“As a support group, our priorities are to give Baylor students a place to embrace their identities, be educated on LGBTQ+ topics and make friends who they know will welcome them fully,” Gamma Alpha Upsilon President Emma Fraley said. “We don’t have an agenda. We aren’t trying to change anyone’s minds.

“All we want to do is give students a space to feel welcomed and accepted – often for the very first time in their lives.”