It’s a momentous time for Dr. Sujin Pak to take the helm as dean of Boston University’s School of Theology, the oldest Methodist seminary in the U.S.

That’s because the United Methodist Church — the second-largest Protestant denomination in the U.S. — is currently splintering over LGBTQ rights. And, following years of heated dispute, it is likely the church, along with its 13 million members, will formally split come its annual general conference in August. 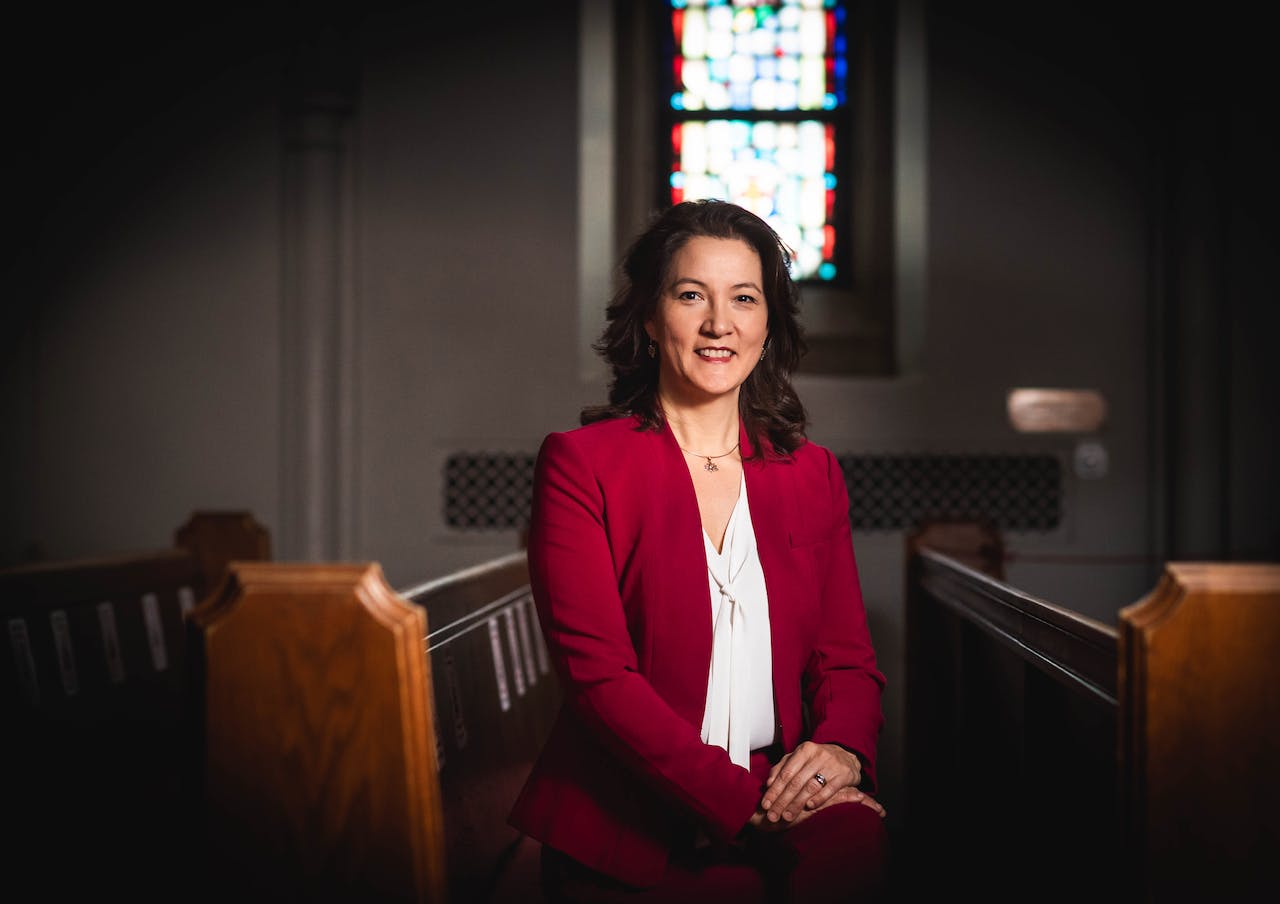 But if anyone’s equipped to deal with conflict, it’s Pak  —  a theologian and LGBTQ advocate, whose personal and academic life share a common theme: reconciliation.

Raised in a deeply Methodist family, Pak never shied from addressing the darkest parts of Christian history and its treatment of non-Christians. In fact, she says it felt like her duty that she contend with those difficult histories, which is why, for her undergraduate honors thesis, she chose to explore Jewish-Christian dialogue.

“I was devastated by the oppressive history of Christianity towards Jews,” says Pak, who has also researched ways in which Christian scripture has been used against Muslims and women. “That oppressive history translated out to many other bodies and persons across Christian history, so it was very much an exploration of recognizing those terrible histories and how do I reconcile those.”

That early research not only guided how she approaches theological history as an academic but also how she approaches work as an administrator. Before joining Boston University, Pak was vice dean at Duke University’s Divinity School, where she was also previously a tenured professor.

“As a person who’s half Korean, I approach [administrative] work with an eye to diversity,” says Pak. “It’s a real passion of mine to enter that sphere and not assume that every policy or every structure is fair but to look for the gaps and loopholes and to figure out how to rethink how we might do things in a way that better supports all persons.”

Through that line of thinking, Pak pushed Duke Divinity to build “much more accessible, flexible” programs for part-time and non-residential students by improving online and hybrid pedagogies. So, when COVID-19 entered the scene, it was Pak who led Duke through the critical online transition.

It was also Pak who, in 2018, led the school’s response to heated campus protests, in which students alleged that Duke professors were unwilling to discuss Queer theology and unequipped to provide resources to LGBTQ students.

Now, at BU’s School of Theology, Pak hasn’t lost sight of diversity, saying she plans to hold the school accountable to its already-published diversity statement, making sure it “really lives into that statement with deep integrity and with teeth.”

She says what drew her to BU was its “clear convictions” regarding social justice issues and LGBTQ rights.

“[The School of Theology] will be a prophetic voice to the United Methodist Church about what we believe is the right way to go forward,” says Pak. The school already has a legacy of advancing women and minorities in academia, she says, noting that Martin Luther King Jr. and Anna Howard Shaw (one of the first ordained women) were both alumni.

“One thing that attracted me to the school is its imagination about what a religious leader looks like and needs to do in our world today,” says Pak. “That is a person who really has cultural competence, who can read context well and invite a variety of perspectives and voices. That’s someone who can be a person of conviction and prophetic witness but who can also be humble and promote peaceful interaction.”

Guiding such peaceful interactions and reconciling differences comes personally to Pak, who struggled with her biracial identity throughout her childhood. As the daughter of a White American woman and a South Korean father, she says she often witnessed Eastern and Western perspectives clash within her own family.

“There were stages in my life where I saw my identities at odds, even in competition with each other,” says Pak, who lived in South Korea from ages 9 to 18. “So I had to find a way in which those two identities could be non-competitively together, which to me cast out a vision, more broadly, about diversity: Can we reach a place where we can be non-competitively together?”

She admits that’s a tall order — and that it first requires addressing histories of oppression and inequity — but it’s something she has never lost sight of and doesn’t plan to at Boston University.

This article originally appeared in the March 18, 2021 edition of Diverse. Read it here.