Amanda Melilli wants libraries to reflect the lives of their readers.

An academic librarian at the University of Nevada, Las Vegas (UNLV), Melilli is the head of UNLV’s Teacher Development and Resources Library (TDRL), which supports the university’s College of Education as well as educators in the Las Vegas community. In the past decade, the library’s focus has particularly shifted to helping educators find and use inclusive materials.

“The mission of the TDRL has definitely evolved over time and it continues to evolve as we better understand the needs of our community,” says Melilli, who joined the library in 2013. “… While we were trying to reimagine ourselves as an academic library, the #WeNeedDiverseBooks movement was gaining momentum, and it really solidified for us what it was we were trying to accomplish: to get teachers to use materials that their students will want to be engaged with in the classroom so that they will be empowered in their own learning.” 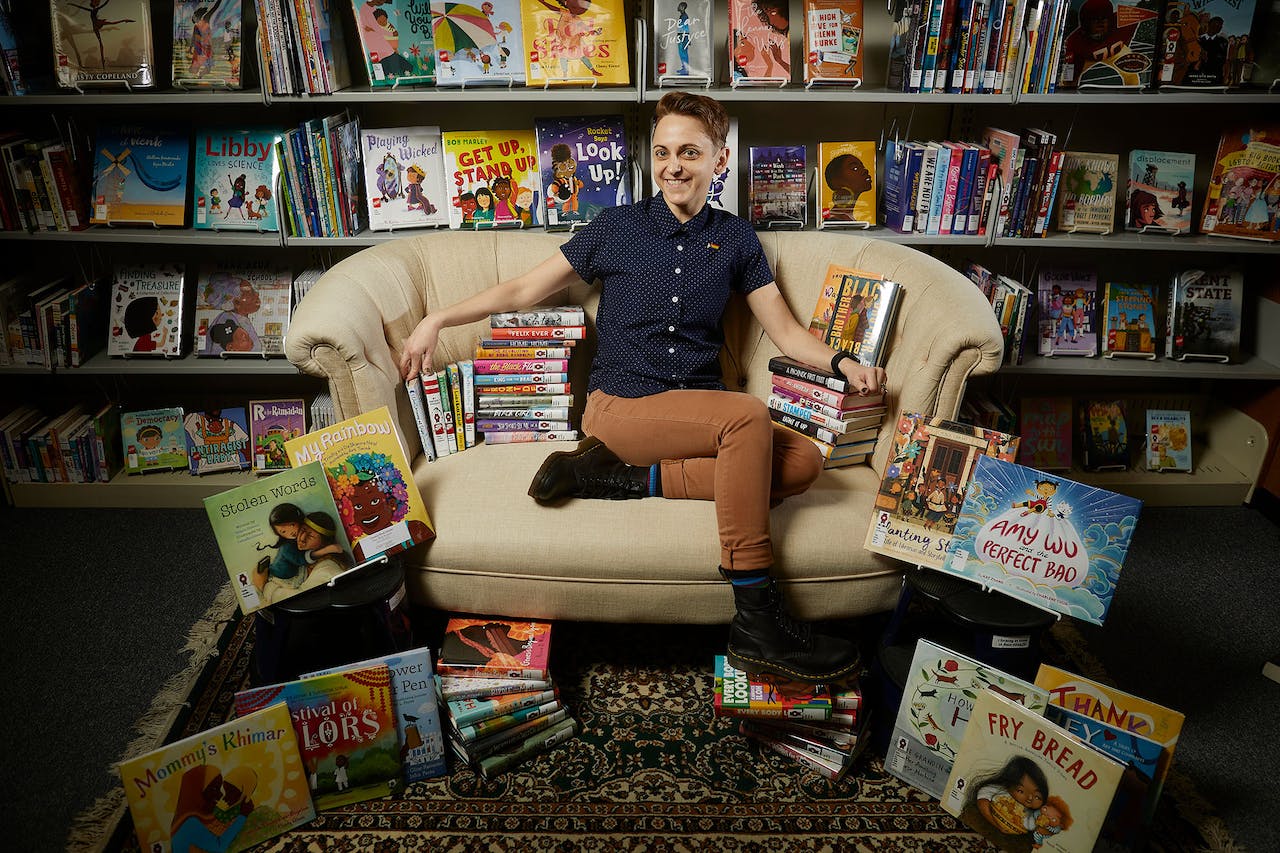 The #WeNeedDiverseBooks movement took root in 2014 as a response to the mostly White world of youth publishing at the time, during which just a tiny percentage of newly published books featured non-White characters. Though the situation has significantly improved since then, characters from minority backgrounds still lag far behind White characters and even non-human characters (such as animals or monsters), according to a 2019 report from the Cooperative Children’s Book Center.

For Melilli, those numbers are significant because books can have ramifications in how children and teenagers understand themselves and their peers.

“We know that all young people do better when they are exposed to a wide range of perspectives and experiences,” says Melilli, who described books as “windows, mirrors and sliding glass doors” in the lives of children — an analogy originally created by Dr. Rudine Sims Bishop.

“They need materials that reflect who they are and allow them to see the lived experiences of others,” explains Melilli. “This helps students value themselves and others while also learning more about the world that they live in.”

Having diverse materials is especially important in educational settings, says Melilli. If children can’t envision themselves in the materials used to teach them, “it’s difficult for them to take ownership of their learning; it’s a way of othering them from their own education.”

Aside from race, Melilli notes that other significant facets of people’s lives, such as disability, religion or sexual orientation, are also underrepresented — and not only in fictional materials but in nonfictional materials too. For example, she says she is constantly looking for sex education materials for teachers that include helpful information regarding students with disabilities or for students of varying sexual orientation. She also prioritizes nonfiction books about people or histories not often taught in K-12 education.

In doing such work, however, she often discovers books that have been challenged or censored. Many of those books, she says, are challenged because they have LGBTQ content that some people feel is not appropriate for youth literature. But for Melilli and others at the TDRL, challenging and censoring LGBTQ content risks telling students “that there is no place for those children/teens in their communities,” she says.

In a presentation on LGBTQ literature, Melilli said that age appropriateness should be defined through a character’s behavior, not their identity.

As the youth literature liaison to UNLV’s College of Education, she then helps future teachers at the college “feel empowered to bring more inclusive materials into their classrooms.”

“My hope is that we are showing our students that libraries can be a partner in not just their education but also in their future careers,” says Melilli, who initially wanted to be a teacher until she discovered her passion for librarianship as an undergraduate.

“Librarians have a critical role to play in promoting equity, justice and inclusion because our field is based on information, and we know that information is controlled and limited in a variety of ways,” she says. “If we aren’t educating ourselves on issues related to equity, justice and inclusion, we can’t possibly fully serve our communities. Like so many other professions, we need to rethink what we’re doing, challenge traditions, and make room for more voices.”