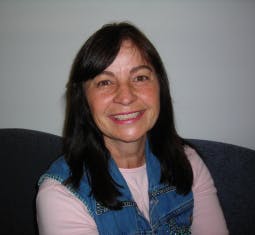 “We had people in that first class that told us they had taken the class before, but they didn’t take their test because they (were afraid) to waste their money. The test at that time was $60,” Tharp-Thee says. “Then I had a father of five get up and say that he couldn’t read the instructions. So we went to him and told him we would help him learn how to read.”

Since its inception, the class has helped 69 students pass the GED test, through the efforts of Tharp-Thee and GED instructor Kathleen Woods. The program is one of many that Tharp-Thee has initiated with strategic grants in the past four years, transforming a library that previously had no funding and few viable programs.

Yet Tharp-Thee is not alone in her work. At tribal libraries across the nation, librarians and directors are making the most of sometimes limited funds to help tribal citizens further their educational and job prospects.

A recently published report from the Association of Tribal Archives, Libraries, and Museums (ATALM) highlights the impact that tribal libraries have on surrounding communities by providing data on digital access and inclusion. The report reveals that, for some communities, tribal libraries are the sole access point to the Internet and computers.

Such numbers underscore the digital divide between American Indian and Alaska Native lands and the rest of the country. An American Library Association report, the Public Library Funding & Technology Access Study 2011-2012, shows that 100 percent of public libraries offer patrons access to the Internet.

In remote, rural areas in the United States, cell phone reception falters, phone lines are far and few between, and Internet connections are slow or nonexistent. For hyperconnected urbanites, going out to the country to “unplug” for a weekend sounds almost exotic.

But for tribal citizens inhabiting the most remote places in the country, digital exclusion is not a luxury. Tribal communities in places such as islands are accessible only by plane or boat. Communities in mountains and isolated corners of the Great Plains may find it difficult to afford the Internet in locations so distant from heavily populated urban centers.

Pattie Billings, library director at the Quapaw Tribal Library in Quapaw, Oklahoma, explains the limitations geography sets on low-income communities. The closest neighboring library, she says, is more than eight miles away from Quapaw.

Without Quapaw Tribal Library, Billings says that tribal citizens would have limited to no digital access. “We have four public access computers at the library and they are full most of the time because people either don’t have access to the Internet, or, if they do, it’s dial-up, which is extremely slow,” Billings says.

The limitations that no Internet access would set on an individual’s ability to successfully pursue higher education in the 21st century are high, as digital literacy is increasingly entwined with all levels of education.

While the ATALM report did not specifically survey how digital access improved tribal citizens’ ability to access higher education, Dr. Miriam Jorgensen, one of the authors of the ATALM report, says she was surprised to find that many who filled out the survey also included written stories on that very topic in the open-ended question section included in the survey.

“A number of stories talked about how individuals had used (the digital access offered by tribal libraries) to access higher education and that it was the mechanism by which they were able to change their economic opportunities, their sense of human capital, their sense of worth, through that higher education access,” says Jorgensen, who is research director for the Native Nations Institute at the University of Arizona and research director for the Harvard Project on American Indian Economic Development.

Thus, almost inadvertently, the report sheds light on a secondary role that tribal libraries play in their surrounding communities. By providing tribal citizens with access to the Internet and computers, they also are a critical part of the path through the K-12 system and on to higher education for American Indians and Alaskan Natives.

“We are very isolated in our rural location and our tribal library offers the only access to high speed internet for local residents and tribal citizens to connect with technology. Several patrons use the service to contact deployed military family members and some are only able to take online classes as a result of having internet access with our facility,” writes Tammy Charles, director of education for the Wyandotte Nation in Wyandotte, Oklahoma, in the open response to the ATALM survey.

Charles’ testimony is one of many in the ATALM report showing the importance of tribal libraries in providing citizens with access to higher education.

Jorgensen argues that tribal libraries can help make up a deficit of access to higher education, particularly in communities that do not have their own tribal college or university.

“Tribal libraries are providing that space where tribal citizens can get improvements in access to higher education,” she says. “That’s not to diminish the role that tribal colleges and universities play. They play a critical role. But there are only 30-plus TCUs, and there are a lot more tribal communities and tribal libraries than that.”

Part of the reason that rural public libraries have so far had greater success in providing Internet access to patrons is that the FCC initiated a schools and libraries universal service support program called E-rate. The E-rate program helps defray some of the costs associated with bringing broadband to rural areas.

Funding is discounted depending on an institution’s level of poverty and whether the institution is located in an urban or rural area.

Quapaw Tribal Library, because it is a public library, has benefited from the E-rate program. Quapaw currently provides high-speed Internet access with E-rate funds and plans to upgrade to fiber optics.

“Because we are only a town of 1,000, obviously most of the Internet providers don’t see it as a priority to offer high-speed Internet here,” Billings says.

Now they also help connect some tribal citizens to the digital world.

“These are people with fixed incomes that can’t afford the technology and can’t afford Internet (service). I don’t know what we need to do, but somehow we need to make Internet access as cheap as cell phones,” Tharp-Thee says. “The only way that they can have access is to come to a public library or a tribal library.”