Dr. Michele Yatchmeneff­ is an assistant professor of civil engineering at University of Alaska, Anchorage. She’s also an Unangax (Aleut) woman who grew up in rural villages along Alaska’s Aleutian Islands.

There aren’t many like her in academia. Less than 5% of indigenous people have graduate degrees compared to 13.4% of their White peers, according to a 2018 report by The Education Trust.

In the sciences, only 48 research doctorates were given to Native American and Alaska Native students, out of the 11,764 doctorates awarded to U.S. residents in 2012. 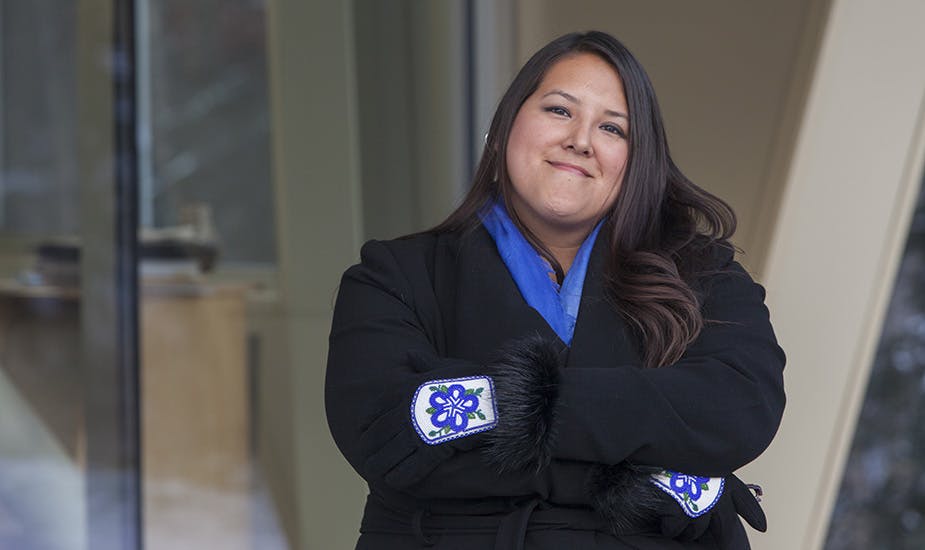 “It’s really important to me to give back and help those students — and help the program that also helped me get my degree,” she says. “Honestly, I wouldn’t have probably considered a master’s degree or a Ph.D. without it.”

The program began at the University of Arizona in 2003 with funding from the Alfred P. Sloan Foundation, which predominantly makes grants to support scientific research. More schools opted to participate over the years, with SUNY College of Environmental Science and Forestry joining the partnership in September, the program’s  first university serving students on the East Coast. Each university program operated independently until 2014 when they came together to form the national partnership that exists today.

Unlike the Minority Ph.D. program — an Alfred P. Sloan Foundation initiative targeting other minority groups — SIGP serves students pursuing both master’s degrees and doctorates. Master’s students are guaranteed tuition and a stipend with selected scholars receiving additional funds. Ph.D. students participate in fellowships that cover their tuition and they receive $40,000 over the duration of their programs.

“The hope is that money is not an obstacle for them to complete their degree,” says Dr. Kevin Gibson, SIGP program director and a botany and plant pathology professor at Purdue University.

But the money is just “one piece,” he notes.

While the program isn’t involved in the admissions process — eligible students need to be admitted to a department at a member institution beforehand — a team at each university “helps to surround and support the students,” says Gibson.

The staff can connect students with relevant faculty members, look over their application letters, find tutors and help them navigate any number of challenges faced by indigenous students at predominantly White institutions.

And though Gibson isn’t Native American, most team members are.

The program is intended to not only help students financially but to guide them step-by-step through the process of enrolling and attaining their degrees, whether they’re fresh out of college or going back to school later in life.

“Some of the students have a much longer route to get to graduate school,” says Gibson. “They may finish their undergrad and then go off to work for a number of years, have families then return. One of the things I think we do pretty well is to help them figure out those different pathways, [to] let them know that there are different pathways that still get them into graduate school.”

But those pathways are often full of “institutional barriers,” Gibson adds.

The college enrollment rate for Native Americans was only 19% in 2016, according to the latest National Center for Education Statistics data. Gibson said graduation rates for indigenous students from kindergarten through graduate school are “really disturbing” — let alone graduate education in STEM disciplines.

Yatchmeneff finds that indigenous students often don’t consider STEM fields as a viable career path, especially students from rural communities where there might be fewer opportunities to meet scientists or engineers. Meanwhile, many students who do want to get STEM degrees find themselves “underprepared” in college, coming from high schools that didn’t offer high-level science and math classes.

The indigenous students who make it through their undergraduate STEM degrees often go directly into the workforce because of a “strong calling” to help support their families, she says. For that reason, Yatchmeneff worked fulltime while completing her own master’s degree.

On top of those pressures, Yatchmeneff also sees a pull on indigenous students to work in their communities, which she felt deeply during her time as a student.

Even now, that pull takes a toll on Yatchmeneff, whose role at SIGP is 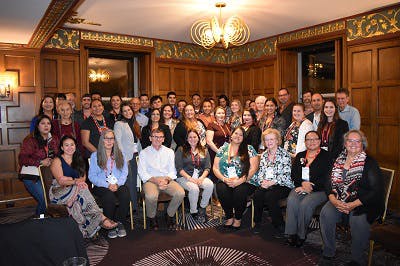 voluntary and can take time away from her research, which could impact her tenure track. In effect, her colleagues don’t always understand why she dedicates her time to the program.

But she clearly sees the value of her work, even when others don’t.

“These students are amazing; if I had to compete with a lot of these students today, I don’t know if I could,” she laughs. “It’s amazing to see the milestones they’re reaching and exceeding every day within our program.”

She credits that success in part to the support system that SIGP provides. The program additionally has centers on campus that serve as a “home away from home” for Native students when they feel “isolated,” she says.

The aim is to create communities of indigenous students in STEM fields at the graduate level. SIGP has nearly 200 alumni, Gibson said, which builds a network of Native STEM students and mentors that can reach beyond campus.

“Having a critical mass of students can really help them to overcome the challenges that they face,” Gibson says. “They may be away from home, they may be far from their tribe, they’re in a new environment. All of those things are a little easier when you have other people who share your background on campus.”

Since the SIGP became a national program five years ago, 94% of students have graduated with their degrees.

For Gibson, this number proves that “if they’re given the support they need and they’re able to come into a community, students are fully capable of doing the work, graduating at really high rates and going out and having real impacts on academia, their home communities and professions.”