As a member of the Luiseño, San Luis Rey Band of Mission Indians, Dr. Olivia Chilcote has aimed to use her privilege in academia to address the issues and needs of the community.

One of the ongoing objectives of the tribe is to become federally recognized. Her current research explores those efforts.

“Pursuing this topic has really reinspired the tribe and really kind of helped propel our efforts further,” says Chilcote, assistant professor of American Indian Studies at San Diego State University (SDSU). “We have made some more progress towards crafting our narrative of our tribe. Just bringing people together around this shared topic.”

She was inspired by her mother, who served as a tribal council member for many years. As “research buddies,” Chilcote and her mother sort through archives and documents to further build on the existing historical groundwork.

“It has really made it so much more of a meaningful experience for me,” she says. “It keeps me grounded in our tribal community, knowing that I am working with these people and with my family. We are kind of doing this together and I am leveraging the access and resources that I have for our collective benefit.” 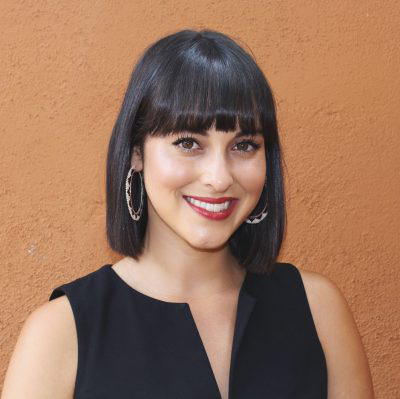 Her tribal community was what originally motivated Chilcote to earn an advanced degree.

She went on to earn both her master’s degree and doctorate at the University of California, Berkeley, becoming the only member of her tribe to earn a Ph.D.

“I went in blind, I did not really know what I was fully getting myself into,” says Chilcote.

After graduating from UC Berkeley in 2017, she saw an advertisement about an open position at SDSU. Intrigued by the university’s proximity to her tribal community, she was eventually given the job and named an assistant professor.

“She is just such a genuine and compassionate person,” said Dr. David Kamper, associate professor of American Indian Studies at SDSU. “The students really feel that she cares about their learning. Despite all her expertise, she does not put herself above the students. They can really relate to her.”

Being involved in the American Indian Studies program has given Chilcote the opportunity to teach many Native students. She often encourages them to share their own experiences and perspectives during discussions around history.

“I think it just really enriches the classroom for everyone,” says Chilcote. “I am constantly learning from my students as well. I really like to have that kind of two-way street and really make it be known to them that I value what they bring to the class as well. I’m learning from them as well.”

This year, in addition to her teaching position, she was named as a critical mission studies postdoctoral fellow in the Department of History at the University of California, Riverside.

Chilcote’s research has been featured in publications such as American Indian Culture and Research Journal, Boletín: Journal of the California Missions Studies Association and News from Native California.

Throughout her career thus far, she has found the “invisible workload” associated with being a Native scholar to be particularly challenging such as participating in conferences or working with others on diversity efforts on top of completing her typical daily responsibilities.

However, Chilcote says she has enjoyed being a mentor and promoting higher education to Native students.

“When Native students want to pursue higher education, it can actually be a really empowering thing for them that actually goes against that history of colonization,” she adds. “They can learn about how that has been used against Native people, but then use it in a way that they can then work toward decolonizing education in however they decide to pursue that.”

Words of wisdom/advice for new faculty members: “Just kind of believing in yourself and trusting that you belong there and that you have worked really hard. You deserve it.”