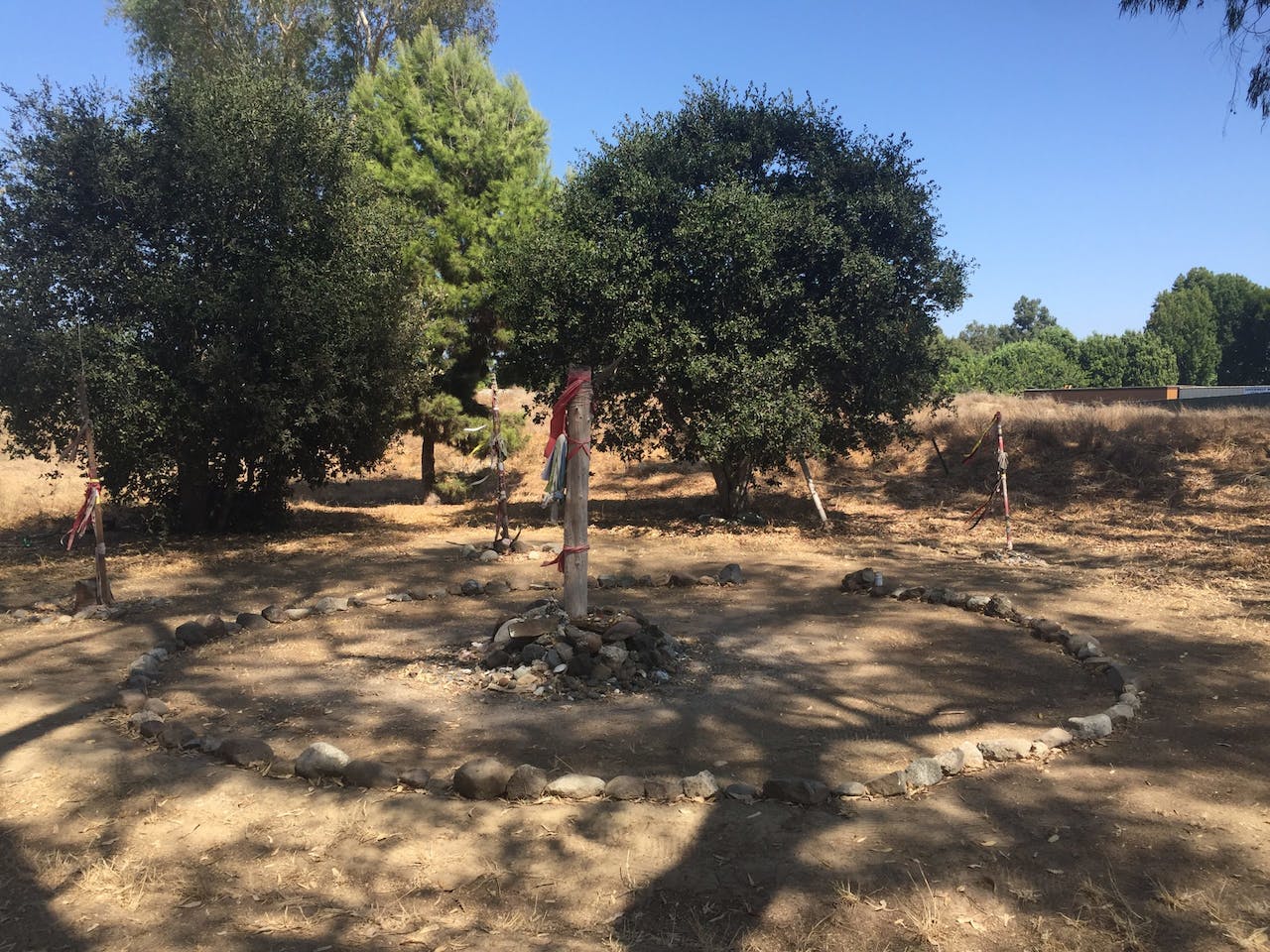 A prayer circle at Puvungna.Photo by Erin FoleyThe purpose of the investigation is to "determine whether the dumping of construction debris and soil on Puvungna is interfering with the free expression or exercise of Native American religion or may result in severe and irreparable harm to a Native American sanctified cemetery, place of worship, religious or ceremonial site, or sacred shine located on public property," states a notice letter from the NAHC to the university.

According to the letter, the 22-acre parcel of land is the Juaneño Band of Mission Indians - Acjachemen Nation's "most significant remaining undeveloped parcel" of sacred land in Southern California. It holds religious, cultural and historical significance to several tribal nations and is listed on the National Register of Historic Places and on the California Native American Heritage Commission’s Sacred Lands Inventory.

CSULB dumped the soil and debris on the land in 2019 and is currently in lawsuit settlement negotiations with several tribal nations as well as the California Cultural Resources Preservation Alliance.

The NAHC says a public hearing will be held at a later date, after which "the NAHC will recommend mitigation measures to CSULB and may seek injunctive relief for the protection of Native American cultural resources under its jurisdiction."