Written for anyone planning to conduct research in tribal nations, but especially for non-Native researchers, the guidebook offers best practice suggestions for how to conduct research on tribal lands. Through hypothetical forestry, river, agricultural, grassland and wildlife study proposals, the authors illustrate the kind of casual missteps and errors that minimize a tribal nation’s authority and sovereignty over its lands and its peoples. 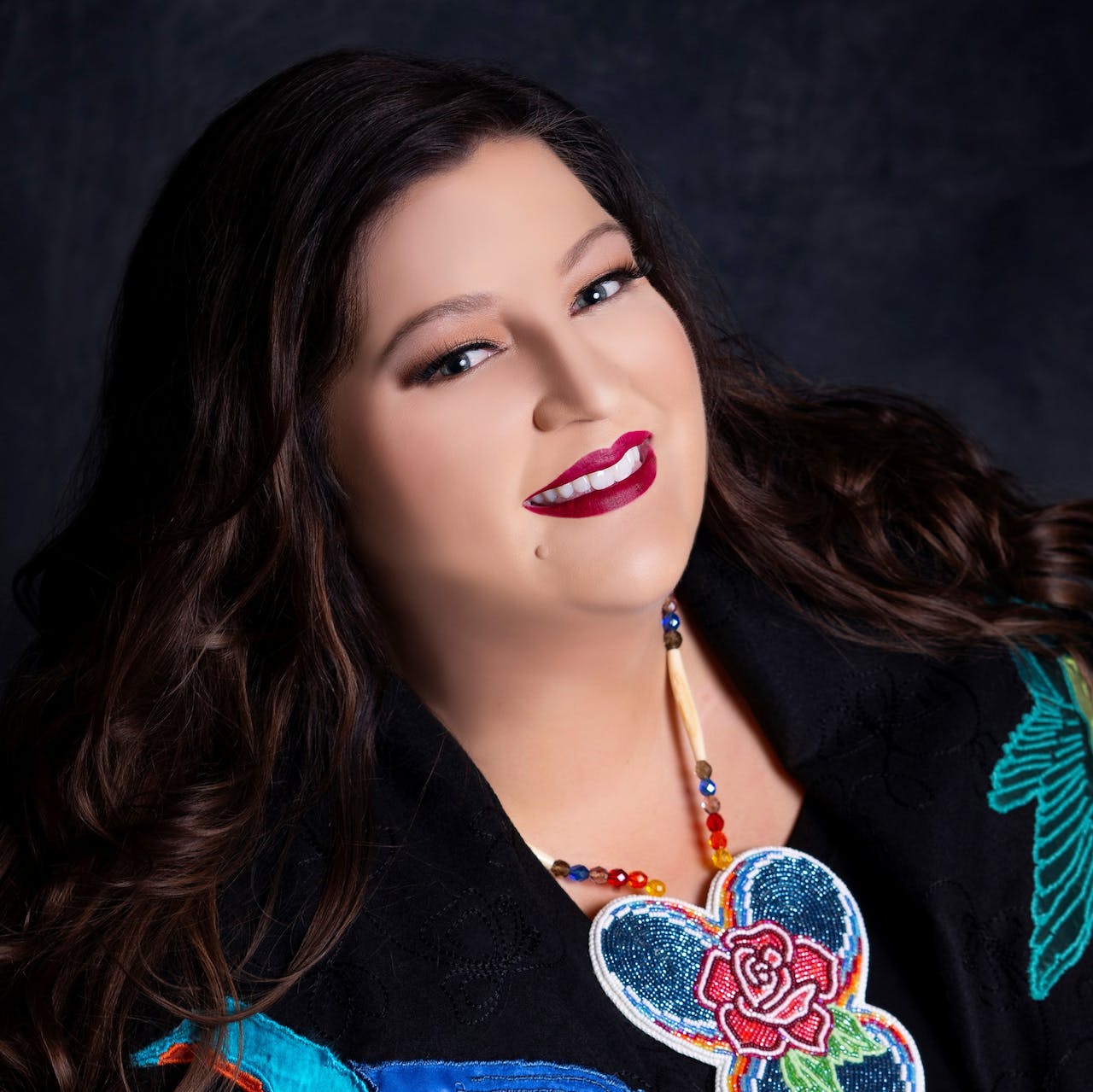 “Simply stated, research has the potential to harm communities through the extraction of resources, knowledge, language and culture. I wanted to develop a resource academics could use and learn from before they apply for a grant or engage with communities,” says Poitra, a first-generation descendant of the Turtle Mountain Band of Chippewa Indians who has worked in this space for nearly 20 years.

To engage with research on Native land, the guidebook advises developing a strong relationship with the community. Academics need to share their ideas, investigations, goals and outcomes with tribal nations, creating data that’s representative and relevant to the community and its needs.

“There is damage between researchers and tribes,” says Poitra. “Tribes ceded millions of acres of land to universities across the Nation. Those lands have generated significant wealth for universities by growing endowments. At the same time, universities have often failed to invest appropriately in Native American recruitment, retention and employment.”

“In many ways,” says Poitra, “this guidebook represents a conscious effort of BIPOC (Black, Indigenous, and People of Color) academics to expand equity within university research practices.”

Dr. Cheryl Crazy Bull, president and CEO of the American Indian College Fund, has been looking at the issue of research on tribal lands since the late 1990s. “People have to respect that it’s a reparative experience, because of the negative experiences that people have had with research,” says Crazy Bull, who is Sicangu Lakota.

It’s important to understand, says Crazy Bull, that indigenous researchers do not separate themselves from the work being done, as Western culture expects, because “this is about me, my community, my survival. I can’t remove myself from that.”

Working with communities to establish study parameters is only the first step. Then, says Crazy Bull, “you get into data sovereignty.”

Sharing the outcome of research with nations is vital to a tribe’s sovereignty, she continues. In the past, researchers have engaged in “helicopter research,” a term that describes the entrance and quick exit of institutions that come to tribal lands for research and never share the results with the people it primarily affects.

“Anytime you are dealing with land and resources or climate, you’re dealing with people’s homeland. People’s homelands are one of the characteristics of peoplehood. You’re a people if you have a place, language, social systems,” says Crazy Bull. “So many Native people were displaced and are still, all these decades later, trying to affirm the place they’ve been displaced to and recall and honor the place they were removed from. There’s a homeland aspect that honors self-determination.” 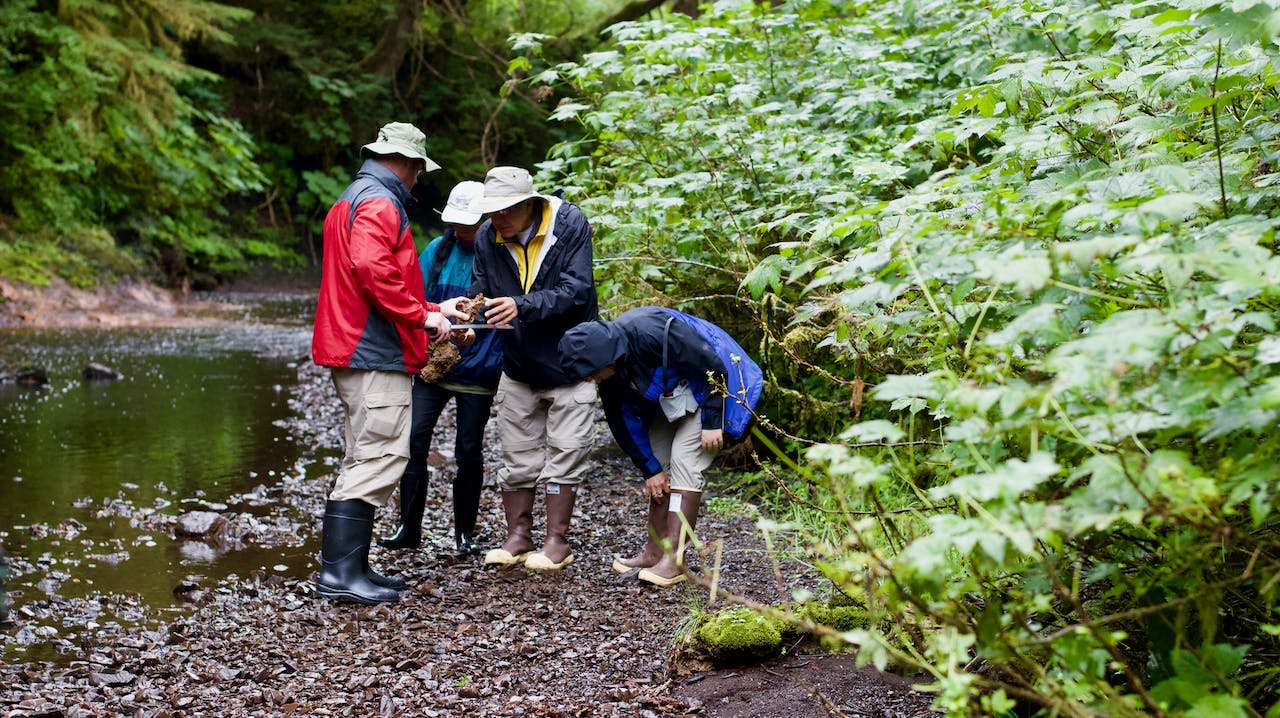 Michigan State researchers study a riverbed ecosystem in Alaska.When in doubt, Crazy Bull advises researchers to connect with Tribal Colleges and Universities (TCUs), the College Fund or the American Indian Higher Education Consortium (AIHEC), as they are “the experts on working in tribal communities, very much rooted in sovereignty and honoring traditional knowledge.”

Poitra and the MSU NAI often collaborate with TCUs in and around Michigan. Together, they have worked on a wide range of projects, from curriculum development to programmatic evaluations. Whatever is being addressed, the NAI makes sure its work supports tribal sovereignty and “supports community-driven research activities,” Poitra says.

Ellie Mitchell, one of the authors of the guidebook, works part-time on the cultural board of her tribe, the Saginaw Chippewa Indian Tribe of Michigan. She answers phone calls and fields questions from anyone interested in doing studies on Saginaw Chippewa lands. “Part of academic research is finding out what knowledge already exists. It’s part of the scientific process. It just amazes me, the phone calls we get,” Mitchell says. “You can google [the answer]. My tribe has a website. Most tribes have websites. It’s like, you could learn these things.”

It’s important to assess with the tribe itself the need for the type of research a scholar or scientist wants to do. Often, indigenous scholars and tribes are “inundated with opportunities for grant funding and collaboration,” says Mitchell. “Because there’s so few of us, there’s just not enough people to ask.”

“I think that there’s a perception of poverty and a lack of resources in tribal communities,” says Mitchell. “And that is certainly true for some. But we’re not a monolith.”

In the guidebook, one particular example depicts a group of experts in the field of organic gardening moving forward with a plan to get grant funding to develop a garden on Native land. But, because the experts failed to speak with the tribal board before receiving the funding, they arrived at a reservation that had already received its own funding for a similar project. There was little to no interest in collaboration after that point.

“[Tribes] might have money for one thing, but this other particular need, we lack resources for,” says Mitchell. “There is room for collaboration and resource sharing, but you have to find out what’s needed.”

For studies related to Native health issues, or other research requiring the use of human subjects, some tribes have developed their own research review boards to approve proposed studies. Dr. Dave Sanders, vice president of research, evaluation, and faculty development at the American Indian College Fund, says, “The development of the research review boards in tribal communities forced the researcher to think. These are our citizens, and this is our data. What you present should benefit the community.”

Not every tribal nation has the resources, time or personnel needed to create their own research review boards. Experts must be sure to make a concerted effort to connect with tribal leaders and boards to build relationships. Doing so informs the researcher of aspects of that culture that no outsider could share with them.

“The idea of giving back is important,” says Sanders, who is an enrolled member of the Oglala Sioux Tribe. “In some cultural practices, when you visit elders, they’ll cook food for you. So, you would want to do that in return for them.”

Mistakes are part of the learning process, says Sanders. “The hope is that your mistakes don’t have a huge or harmful impact.”

Knowing how to do good work with the least amount of harm requires an intimate connection and relationship to the community, says Mitchell. It will take more than a cursory knowledge of American history to discover that knowledge.

The guidebook covers a scenario in which researchers followed steps for creating connections and relationships within the tribe but failed to find room in their budget to pay for much needed assistance from a junior faculty member in their institution’s Native American studies program. In the scene, the lead researchers concluded that the prestige and experience alone were worth the adjunct professor’s time.

Poitra says this reflects a bias that is prevalent in academia. “I think sometimes researchers fail to compensate community members appropriately for their knowledge, expertise and skill sets,” she says.

Mitchell agrees. “I’ve had multiple inquiries [in my role on the cultural board], businesses and nonprofits asking for a speaker, but not offering to pay them,” she says.

“There’s a general undervaluing of certain skills within American society,” Mitchell adds. “And there’s a severe undervaluing of indigenous and tribal knowledge, even within a community.”