In 1993, Dwight K. Lomayesva founded the American Indian Recruitment (AIR) programs with his wife Devon Reed Lomayesva while both were students at San Diego State University (SDSU). Their goal was to improve high school graduation rates and increase the number of Native students in and graduating from college. They believed then and now that Native students' ability to connect with their culture would play a strong role in their persistence and academic performance in college.

In May 2021, SDSU and AIR signed a memorandum of understanding (MOU) that is leading to an even closer working relationship. AIR now has an office on the SDSU campus near the university’s Native Resource Center. Lomayesva says this increases AIR’s ability to forge partnerships to serve local tribal communities. 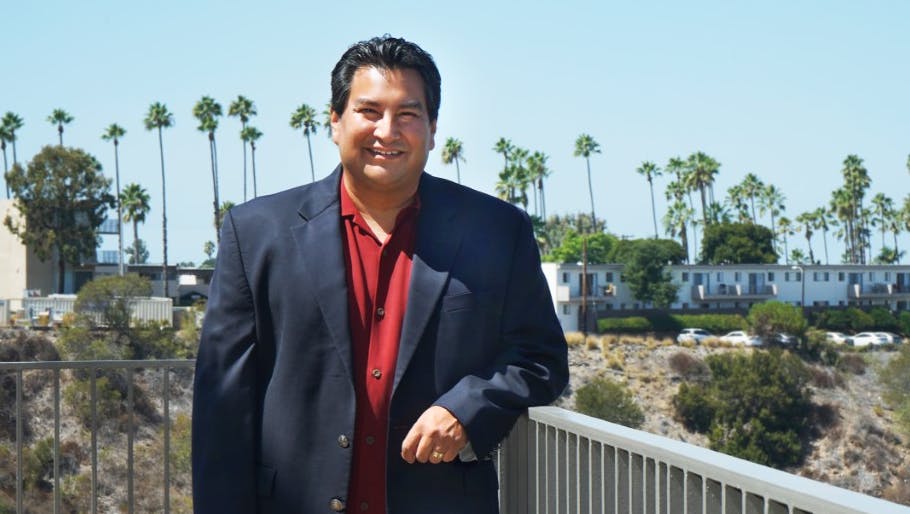 Since its founding, AIR has collaborated with the Department of American Indian Studies at SDSU to mentor Native American students from middle school, high school and college to help them achieve success. In addition to mentoring, tutoring and guidance, the students develop a sense of confidence by learning more about their tribal backgrounds and histories.

“Culture is your lens on how you view the world,” says Dwight Lomayesva, who is of the Hopi tribe. “Because of historical trauma — boarding schools, incarceration, family dysfunction based on boarding schools, drugs, gangs and more — our lens and our identity have been diminished but not lost.

“We utilize a teaching through culture method where we look at topics in Indian Country and develop a conceptual ideal around them,” he continues. “What we have learned is that our students are drawn to these topics as it relates to them as being a Native person. They are challenged to learn and understand these topics, and we have seen this translate into other areas of their academics.”

This approach is also used by the American Indian College Fund and other organizations and individuals engaged in strengthening the K–12 pipeline for Native students. Whether students choose to attend a tribal college or university (TCU) or a different kind of institution, self-awareness and self-esteem lead to student success.

Dr. Amanda Tachine, assistant professor of higher and postsecondary education at the Mary Lou Fulton Teachers College at Arizona State University, was raised on a Navajo reservation and attended a reservation high school. After earning a bachelor’s degree in elementary education, she taught in her home community. 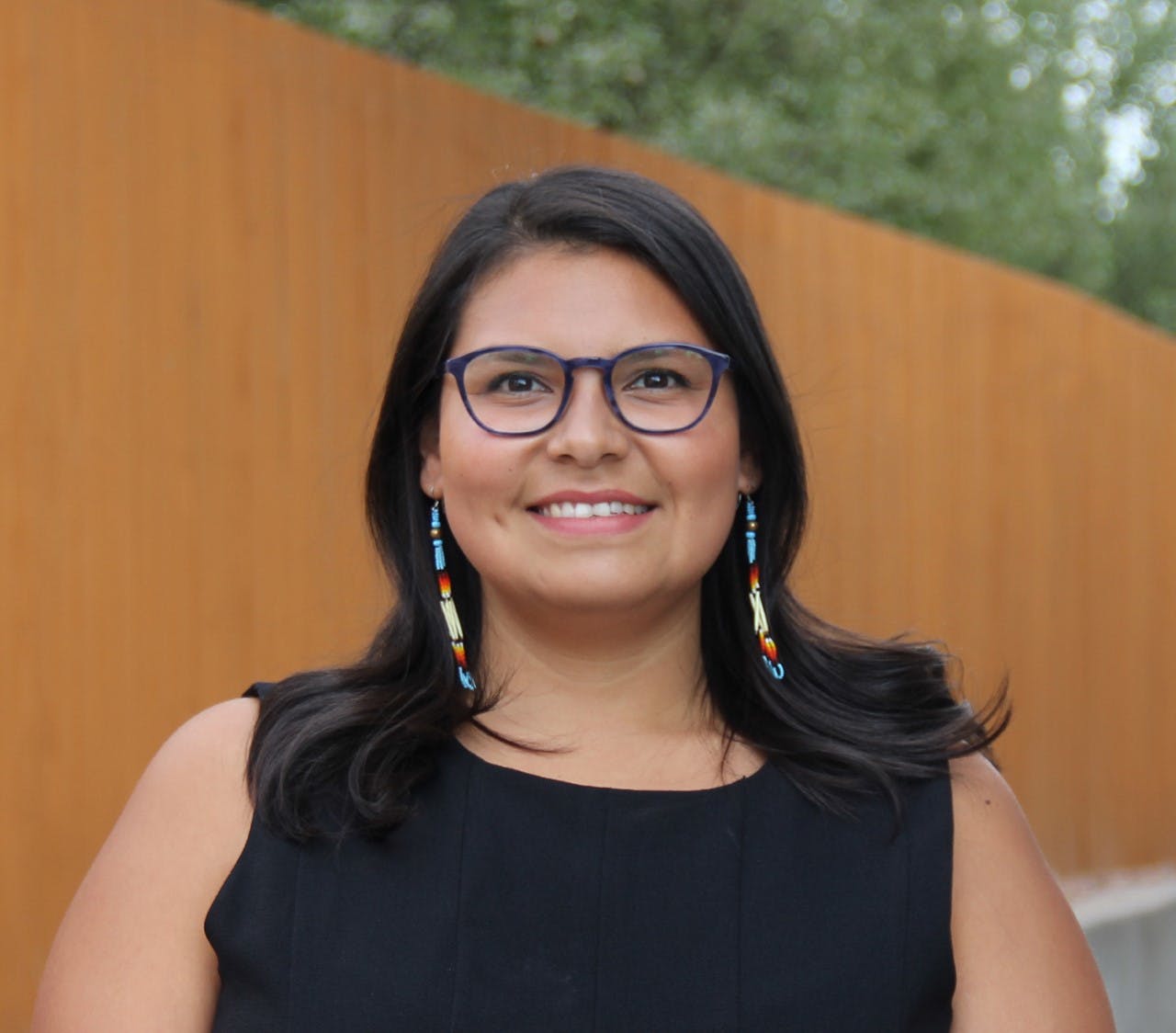 Tiffany GusbethShe went on to pursue a  master’s degree in higher education, after which Tachine took on administrative roles at the University of Arizona as assistant director and then director of Native American Student Affairs. While pursuing her doctorate, she was director of Native Service, Outreach, Access and Resiliency at the Center for Higher Education at Arizona.

Her dissertation was titled “Monsters and Weapons: Navajo students’ stories on their journeys toward college,” which is being turned into a book. It reveals the systemic and structural challenges in higher education while also highlighting how much Native students have excelled utilizing what Tachine calls their “indigenous weapons.” These are cultural ways of knowing that sustain them despite the challenges.

Tachine says institutions must see tribal people as critically important to institutional advancement. Rather than tribes having to go to colleges and universities asking for support services, Lomayesva says institutions should be sending representatives to the tribes.

The American Indian College Fund distributes annual scholarship monies to Native American students who attend both TCUs and non-TCUs. In the 2020-21 academic year, the College Fund awarded approximately 3,500 scholarships that totaled more than $10 million to students attending over 240 colleges and universities around the country.

“We’re interested in understanding the student’s connection to higher education and how they see this experience connecting to not only their individual success, but family and community,” says Tiffany Gusbeth, senior director, student success services, American Indian College Fund. “Our scholars tell us often that their ultimate goal is to give back to their community and to contribute to the success of their tribal nation.”

Students in American Indian College Fund scholarship programs have access to one-on-one academic and career coaching. Gusbeth, a member of the Northern Cheyenne tribe, says there is a staff of coaches in the student success services department. There are also peer group coaching sessions, which gives scholars the opportunity to connect with and support each other. Virtual events that cover career, academic, cultural and wellness topics are also available. The College Fund also offers professional development to people who serve Native students in either a high school or college setting.

“Whereas Western aspects of education concentrate on the individual where they compete for grades, we surround our students with a community support base to help them understand how to study and how to succeed in academics as a group,” says Lomayesva. “We make them lean on each other for help, creating a peer support network.

“Mentoring and working as a team prepares our students to be confident in asking for help,” he adds. “Contrasting this where many first-year freshmen are challenged and fail by simply not knowing how to ask for support.”

“We provide content, technical assistance, funding, overall support and encouragement — not only to the students but the professional staff members at those schools,” says Gusbeth. “We’re trying to increase the college-going environment within those high schools that are reservation-based so that Native students can actually see themselves going to college.

“The content we provide is specific to Native student experiences and responsive and reflective of their cultural identity and values,” she adds.

Tachine researches how indigenous knowledge systems passed on to Navajo students help them maneuver and persist at an institution.

“It’s really important for teachers in K–12 sectors to not only understand Native students and their ways of knowing and their cultural anchors of who they are, but also to understand the governance of tribal sovereignty and the ways that Native nations have continued to seek, sustain and protect tribal sovereignty,” Tachine says.

“We need to advocate and really examine policies and practices and examine even the data of discriminatory actions that are happening in school settings,” says Tachine. 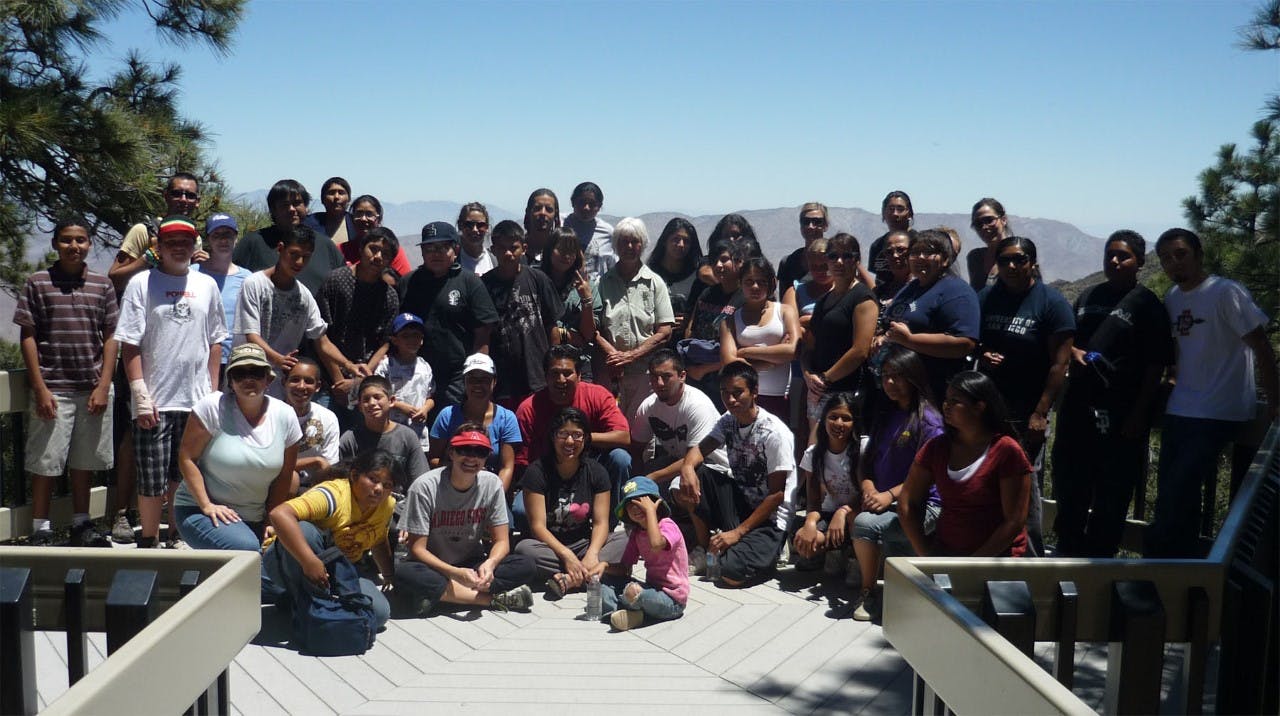 American Indian Recruitment (AIR) programs participants.“Typically, we would be on the college campuses several times a year to provide services in person,” says Gusbeth. But in light of the ongoing pandemic, she says, “We’re going to continue supporting our students virtually.”

Centuries of trauma against the Native community have created a long-standing legacy of mistrust of academia. While programming can prepare students to succeed anywhere, Lomayesva says AIR encourages students to pursue higher education at institutions that have supportive Native programs.

“Universities can build diverse and inclusive spaces by simply having programs that support our students and have an advocate that works with the students at the university,” Lomayesva says. “The advocate must have an understanding of our tribal communities and an understanding of the policies of the universities to effectively help our Native students.”

Tachine says throughout her own journey in higher education — from undergraduate to doctorate — she felt the greatest belonging when she was able to connect with Native peers with whom she created community.

“Also, what helped me feel a sense of belonging is having support of faculty who didn’t identify, who were not Native, but they were open to learn and they were also careful about not tokenizing the knowledge I have,” says Tachine. “My dissertation advisor, Dr. Jenny Lee, is an amazing woman because she allowed me to really use indigenous knowledge in my dissertation. As a non-Navajo woman, as a Korean woman, she told me she would surrender her ego as being the ‘expert’ that oftentimes faculty advisors feel they have to uphold.”

The American Indian College Fund has created “The Declaration of Native Purpose in Higher Education: An Indigenous Higher Education Equity Initiative,” a document that outlines eight declarations, one of which is “We believe that senior leadership at higher educational institutions must make a commitment to do system-level work that benefits Native students’ college degree attainment.”

“If we’re going to support Native students, we have to think systemically about that,” says Tachine. “That means the course syllabus, the teaching, the pedagogy, the policies and the practices.” 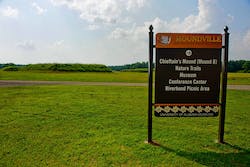