Global Scholars Say Universities Need to Get Back to Basics 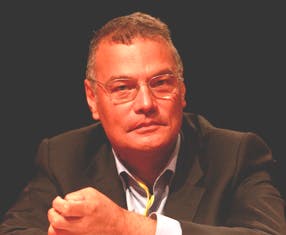 Dean Bernard Ramanantsoa of HEC Paris said that universities strayed off course when they were persuaded to use terms such as “market share” and “customers” to describe students.

PARIS ― Universities don’t have to solve the social and practical problems of the day, but should rather focus on equipping students with the critical and analytical thinking skills that will enable them to do these things themselves.

That was one of the major themes to emerge from several scholars during the final day of the three-day Princeton-Fung Global Forum on the Future of Higher Education held here at the historic Hotel de Villle.

The institutional soul searching comes at a time when universities are being pressured by factors that range from efforts to rank the institutions to those who have pushed universities to adopt the jargon of business.

“We made a mistake the first time we decided to use the metaphors of companies in our enterprise,” said Bernard Ramanantsoa, dean of HEC Paris, who acknowledged that it was initially “provocative” when universities were influenced to use terms such as “market share” and “customers” to describe students.

But Ramanatsoa said universities should resist the urge to view students in such a way.

Don M. Randel, president emeritus at the Andrew W. Mellon Foundation and the University of Chicago, said institutions of higher learning should foster a sense of “lifelong regret” in students for not learning more than they did during their time on campus.

The purpose of higher education, Randel said, is “not to equip you or give you a list of books that you should have read and say, ‘I’m educated because I’ve read all of these books.’”

“The goal is to develop a turn of mind that will not be satisfied with any list of books read, to always want to make that list longer,” Randel said, lamenting what he described as a stubborn “anti-intellectual streak” in American society.

Randel dismissed as a “false dichotomy” the separation between teaching and research.

“The best teaching is based on precisely what the best research is based on,” Randel said. “That is the questioning of received opinion and the ability to look at a set of data, a set of images … and to find or make meaning where there was none apparent.”

A primary goal should be to give students an educational experience that they may not have otherwise gotten from their backgrounds, said Ambuj Sagar, the Vipula and Mahesh Chaturvedi Professor of Policy Studies at the Indian Institute of Technology Delhi.

Sagar said universities do not have to create courses to develop solutions, but rather train students to become critical thinkers.

“And then they can go out and engage the world how they want,” Sagar said. “Some of them may develop solutions,” he said, but that should not be what drives the institution.

Lan Xue, Cheung Kong Chair Professor and dean of the School of Public Policy and Management at Tsinghua University in Beijing, voiced similar concerns. He said it’s important for universities not to allow themselves to become barraged by controversies of the day.

Universities, he said, must be cautious not to foment activism, but rather to focus on producing students who will be equipped with the skills they need to be agents of social change.

“There are lessons to be learned that universities have to be mindful of, what is its core competence, and also how to maintain neutrality, objectivity, so that you will have key roles in producing agents or players,” Xue said. “We need a place for rational, objective discussion, and that’s the place a university should be.”

Princeton University president Christopher L. Eisgruber said the forum should not be judged strictly by the ideas proffered by the panelists, but what ensues as a result of what they said.