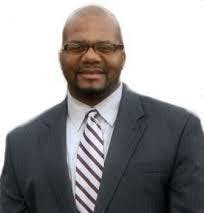 Primarily stemming from concerns that research on the prison industry by Temple’s Simon Hakim and Edwin A. Blackstone did not disclose that funding was provided, in part, by “private prison industry,” the coalition of professors from around the country submitted a letter to Temple’s board of trustees Oct. 14 questioning “the integrity of academic research at Temple University.”

“While we take no position on the methodology and conclusions of Professor Hakim and Blackstone’s study, we are troubled about the lack of transparency and adequate disclosure of the funding source of their research,” the group wrote. “We believe it is material that Professor Hakim and Blackstone’s cost analysis of private and public prisons was funded by the very industry that is the subject of the study and which stands to benefit from the findings of same.”

Temple officials, however, say the matter was closed with an investigation and subsequent action taken by the university over the summer.

“The university has finished its examination of this matter and has addressed its conclusions individually with Drs. Hakim and Blackstone, as well as the original complainant,” said university spokesman Brandon Lausch.

Saying “the integrity of academic research is of the utmost importance at Temple University,” Lausch went on to say, “University records show that Temple did not receive grant funds for the specific work under inquiry. The authors of the study were partially funded by members of the private corrections industry.”

The authors of the letter acknowledge that Temple has addressed the early summer complaints, but say not enough has been done to safeguard the integrity of research stemming from the institution.

well as for other writings produced by all faculty members related to their research, such as editorials and white papers, that are made publicly available,” they said.

Lausch continued to defend the university’s actions and integrity.

“Temple is strongly committed to ethical principles and the highest standards in academic research, and the university will continue to ensure that its policies governing research integrity are rigorously followed,” he said.

All researchers at Temple University—faculty, staff and students—are subject “a set of commonly expected high ethical standards in the conduct of research and the dissemination of research results,” Lausch said, adding that “barring ethical or regulatory violations,” the university does not interfere with research of its community members.

The university concluded its internal investigation July 2, but did not specify what action was taken against the professors when asked by various media outlets at the time, citing the privacy involved in the handling of personnel matters.