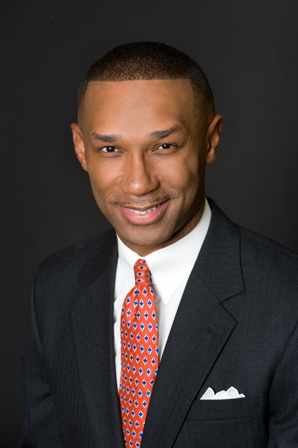 Not a week goes by where those of us in the HBCU community are confronted with the question of the continued relevancy of HBCUs. We’ve heard them all: Do we still need HBCUs in a post-racial America? Isn’t it reverse discrimination to have race-based colleges like HBCUs? Does the education provided at HBCUs compare in quality and rigor to the non-HBCUs?

Then, we roll out the stats that describe how many African-Americans are HBCU graduates: 22 percent of bachelor’s degree holders; 40 percent of members of Congress; 12.5 percent of CEOs; 40 percent of engineers; 50 percent of professors at non-HBCUs; 50 percent of lawyers; and 80 percent of judges. Without a doubt, the data are clear: HBCUs are iconic institutions that will forever be historically significant and relevant. Different questions are being asked now, though: Are HBCUs currently necessary?

Are they relevant today?

The truth of the matter is that a very compelling case can be made that HBCUs are actually more relevant and necessary today.

As America “browns and grays,” HBCUs are uniquely positioned to educate an America where people of color will need to fill the corporate boardrooms, government offices, judicial chambers, K-12 classrooms and hospital operating rooms. Our past success educating people of color—many of whom entered college with academic deficiencies resulting from poor secondary school preparation—is a strong indication of our ability to deliver positive outcomes; the question is how we will transform ourselves to deliver career-ready and globally prepared talent in a 21st century postsecondary environment that is being up-ended and disrupted at every turn.

I met with a senior U.S. government executive not long ago who put it best: “I looked at me and my other [White] colleagues during a meeting the other day and said: ‘There are not enough of our children to replace us. We must find a way to develop minority students if America is to remain the world leader.’”

He came to my office in an effort to determine how the federal government could utilize the HBCU pipeline to solve a real dilemma—one resulting from the undeniable fact that racial and ethnic minorities now surpass Whites as the largest number of American children under 5 years old.

This wasn’t a discussion about turning to HBCUs because it was the right and moral thing to do. There was no mention of correcting the lingering impact of slavery and the failure to make reparations. No, the discussion was one about necessity. America is realizing HBCU survival is a matter of national security; if we can’t find American talent, we will have to import it—and that comes with all sorts of complexities, expenses and potentially negative consequences.

The strongest argument for HBCU relevancy today, therefore, lies in the fact that the HBCU community is home to more than 350,000 future workers and leaders. As opposed to begging for donations to help our historically underfunded institutions survive, let’s make the case for investments to make them thrive. We must speak in terms of return on investment (ROI) when we respond to the question of HBCU relevancy today. For example, if an employer invests just $20,000 per year in a student attending a publicly supported TMCF-member school, we will deliver a talented, confident, and productive human resource—a simple value proposition that we know resonates.

Earlier this year, the Thurgood Marshall College Fund pitched this idea to a company we all know well, Apple. We asked Apple executives to invest in HBCU faculty and students in return for access to a robust and highly talented pipeline of future engineers and entrepreneurs. In a March 10, 2015, Fortune magazine story, Apple announced it liked this “thoughtful” approach and would commit tens of millions of dollars to build this pipeline. Today, our HBCU community has an opportunity to prove to the world that we are not just historically significant; we are currently relevant. HBCUs have a unique opportunity to change the conversation about why they need to exist and are a really smart “investment” for America.