Jonathan Holloway, the Dean of Yale College and the first African American to hold that position, has been named provost of Northwestern University. 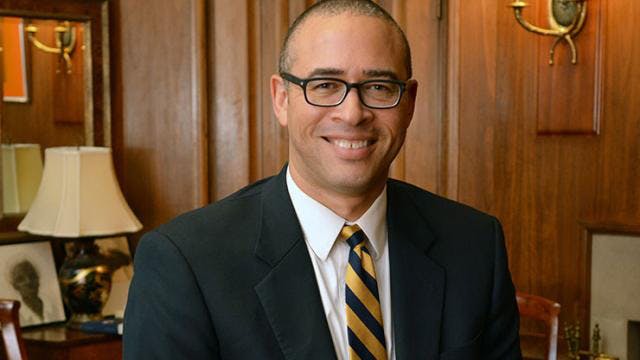 Holloway, who also is the Edmund S. Morgan Professor of African American Studies, has led Yale since July 2014. He will take over as the chief academic officer at Northwestern on July 2017 and replaces Daniel Linzer, who is stepping down after 10 years.

“I am incredibly excited to join the Northwestern community,” said Holloway, 49. “I have long admired the scholarship that has been produced by Northwestern faculty members in my fields, and I am now eager to discover and, importantly, to support the work of my new colleagues across the University.”

Holloway received a bachelor’s degree with honors in American Studies from Stanford University, where he also was a linebacker on the Cardinal football team. He then earned three advanced degrees from Yale. His academic career started at the University of California, San Diego, before joining the faculty at Yale in 1999 and becoming a full professor in 2004.

“I see Northwestern as an incubator of the next great ideas in science, medicine, and engineering, and the custodian of the grand traditions in the humanities and social sciences,” Holloway said. “I look forward to working with the deans of every school at Northwestern, as we build upon strength and develop new and exciting directions for the University’s teaching and research activities.”