Navigating the Academy : A Guide to Gaining Tenure and Securing Career Success 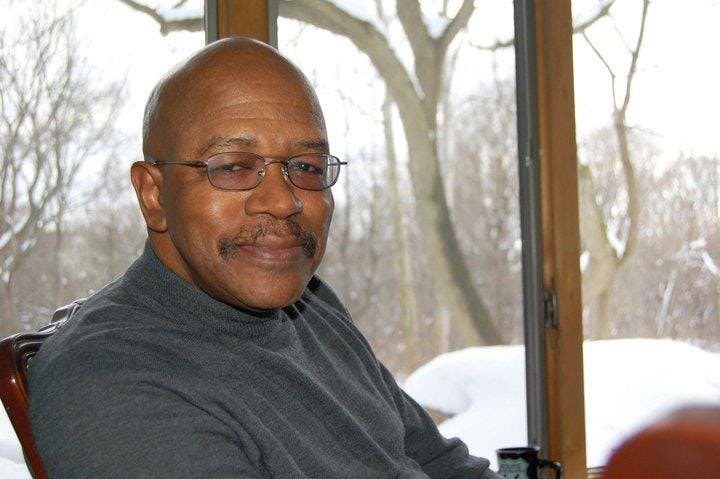 The age-old challenge of navigating the academy to gain tenure still persists. While today more doors are open for a diverse talent pool, successfully breaking down barriers requires understanding how to maneuver around pitfalls throughout all stages of one’s career.

While tenure continues to be the major priority for junior professors, long-term career success requires a plan, a support system, passion and dedication. Dr. Renée Pratt has all of these as an assistant professor of management information systems in the department of business administration at Washington and Lee University, focusing on healthcare information technology.

Pratt is diligently preparing herself to apply for tenure by 2016. Even though she has published in research journals and conference publications, presented at conferences, met teaching expectations, and was recently honored with a Fulbright grant to conduct research in Germany for five months — she still worries whether she has done enough.

“There is an anxiety in this process because of the unknown factor,” Pratt says. “For most schools, requirements are not set in stone. It’s constantly changing, so there is always anxiety about whether I should get one more publication or mentor one more student. It depends on the institution whether that anxiety can increase more or less, as well as the mentoring that you receive.”

Pratt has benefitted from the Ph.D. Project, a clearinghouse for information that potential students of business doctoral programs will need. The Ph.D. Project helps African-Americans, Hispanic-Americans, and American Indians attain their business Ph.D.s, become business professors and mentor the next generation. It also provides a network and support system from which they can draw.

Even though Pratt has been a part of the Ph.D. Project as an undergraduate and credits the program with giving her a competitive edge in understanding the process, she acknowledges that the journey has taken a toll on her personal life.

“One of the things that people don’t always realize is how much writing is involved and the amount of time away from family,” Pratt says. “Going through the Ph.D. process brings a whole new light on whom you are as a person and what you are willing to deal with. It changes you as a person.”

According to the U.S. Census Bureau’s 2011 data, only 2 percent of African-Americans and Hispanics over the age of 25 hold a Ph.D. “You have to be comfortable with deferred gratification,” says Bryan Cook, director of the Center for Policy Analysis at the American Council on Education. “The Ph.D. is not always associated with high income. Most don’t pursue it for financial gain, but because of a commitment to teach or to their research area.”

Many of the challenges and rewards of gaining tenure remain along with a gauntlet of demands. The old adage “publish or perish” still holds true.

“The idea is to publish and be a good departmental citizen,” says Yale University professor Elijah Anderson. “Publish in quality journals that your department respects. Nothing pays off like quality work. At the same time, politics are always involved. Sometimes you can’t see problems coming. Usually publishing good work will do it. Even if people may be prejudiced against you, people recognize good work.”

Already well-established in his career, Anderson acknowledges that he is still navigating the academy. He recommends that students gain undeniable credentials and identify good mentors.

“One of the most important things a young scholar can do is to find a mentor,” Anderson says. “Someone who respects you, likes you, and identifies with you and maybe sees him or herself in you when they were at that stage in their career.”

Anderson’s successful career has been supported by mentors along the way. He recalls his first job at Swarthmore College, the 30 years spent at Penn and recruitment to Yale in 2007. Anderson is the William K. Lanman Jr. Professor of Sociology at Yale and is one of the leading urban ethnographers in the U.S. He has written and edited numerous articles, books and book chapters and reports on the Black experience. He has also served as a consultant to a variety of government agencies, including the White House, the United States Congress, the National Academy of Science and the National Science Foundation.

Like Anderson, Felicia Moore Mensah says having a good support system has been critical to her success. Tenured two years ago, she is now an associate professor of science education and program coordinator of the Science Education Program at the Teachers College at Columbia University. She credits the Sisters of the Academy Institute for providing training and a circle of support.

The national organization was created to build an educational network of diverse women in higher education, and includes a seven-day doctoral writing boot camp, writing retreat and grant writing workshop including representatives from funding sources.

“I was a member of Sisters of the Academy when I was a graduate student,” says Mensah, who is the group’s president. “My initial cohorts and I have all grown together. I’ve literally grown up with the scholars at my level and above. I was prepared for what the expectations were. My expectations were actually higher than the university’s.

“I would tell people not to take yourself so seriously.”

Beyond tenure — next steps

Ed de St. Aubin warns that not enough attention is paid to grooming professors beyond tenure. He is the former director of the Marquette University Faculty Mentoring Program, where he ran several workshops each year helping faculty thrive, apply for grants, prepare their dossier and balance life on and off campus.

He is an associate professor in psychology at Marquette University.

“Once they are further along, they need to continue to rise,” says de St. Aubin, who is part of that group. “After tenure, the associate professor still wants to make progress. You don’t have the anxiety around tenure, but you still want to write. No one would tell an untenured person to write a book, but now you can step back and work on a different level or conduct different kinds of research.”

“There is a lot of support in helping junior faculty get things done, but no one is thinking how we help tenured professors to get reenergized.”

• Do Your Part — Maintain a level of productivity based on your institution’s expectations. Be sure to thoroughly understand the standard of productivity for your field and try to maintain it.

• Identify Excellent Mentors — There is probably going to be no one more important to you during this season than your mentors. So, selecting the right ones is critical. Identify mentors who can see themselves in you and are invested in your success. They don’t have to look like you, but you do want people who are in the position to not only support you, but who can also open doors.

• Make Your Mark — Recognized quality work will help you to gain letters for your tenure file. Consider what significant contributions you have made.

• Grant Money Helps — Bringing in grant money to your institution helps and is quantifiable.

• Be Aware of Politics — Don’t be deceived, there is an element of politics involved in tenure decisions. It is important to have people within the department who are respected and will make a strong affirmative case for you.

• Stay Focused — Navigating the academy requires discipline and support. Make sure you are ready for the ride. Beyond tenure, continue to identify mentors who can help you to make a plan for your career and next steps.