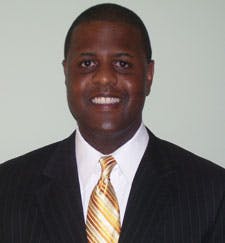 Few people set out to become admissions counselors, say people in the profession. They tend to stumble into it.

But the field is requiring skills that are more demanding and varied than ever. And at a time when universities are looking especially hard at the bottom line, people in admissions need to constantly learn new things and make themselves indispensable, according to panelists at a recent conference of the National Association for College Admission Counseling.

Counselors shared thoughts on how to stay on top of the often stressful changes at their universities while avoiding a burnout.

Some say they’re still excited by what got them into the profession — the potential to help students and change their lives.

But at many universities, funding cuts, shrinking recruitment budgets, added responsibilities and growing technology in admissions have made their jobs increasingly challenging, they say.

“And it’s not just hitting [recruitment] numbers — it’s hitting numbers within those numbers,” he says, later adding that admissions officers are becoming not just gatekeepers of incoming classes, but also “class shapers.”

Angel Perez, vice president and dean of admissions and financial aid at Pitzer College in Claremont, Calif., says as they rise in the ranks, admissions officers should understand how financial decisions are made at their institutions. They should talk to the treasurer about tuition revenues and deans or others about “all of those decisions that are sometimes made behind the scenes,” he says.

In picking students, institutions need a sense of ethics that may be tested by the financial pressures they’re under, he says.

“How to balance the mission with financial goals, while still doing right by our students,” he says, is the question.

Perez also urges colleges to do right by international recruitment and assign more than just one person to the task. Counselors should become knowledgeable about the countries from which they recruit and involve administrators and faculty, he says. The worst thing that can happen is for an institution to be unprepared to receive international students when they come, he says.

Amy Jarich, assistant vice chancellor and director of undergraduate admissions for the University of California, Berkeley, says potential leaders in the industry can see all sides of issues in an argument, are dynamic and charismatic, are good public speakers and know how to use technology.

She says admissions officers should have healthy life-work balances. “Many times people in the profession leave the profession to raise families — that’s not good,” she says. “I see people [in admissions] with kids; that’s a good sign.”

She says she gives her employees time off if they travel and work on weekends, and allows them to work from home if possible.

Although Jarich says it’s important for people to see admissions as an exciting field where they can meet inspiring young people, others say the luster can wear off.

Some months can be spent traveling, and some months spent reading applications at work and on weekends and holidays, counselors say. It takes only a few years for someone to realize whether he or she is cut out for this line of work.

The business of college admissions

Malika Johnson, who spent nine years as an assistant admissions director at colleges in Illinois and Pennsylvania, says it’s important to accept the school’s priorities. “If the priority is to get kids from Alaska at full pay [tuition], you go get them,” she says, “and admissions officers have to be flexible if those priorities shift.”

“It’s a business, and the business must be fed,” says Johnson, who is now director of college counseling at St. Gregory College Preparatory School in Tucson, Ariz.

Good admissions officers are chameleons, she says. “They’re exceptionally well-dressed, wildly articulate and equipped to sell something people can’t touch for $60,000,” she says. “They give life to things that you can’t quantify — how do you quantify a good education?”

They also should be able to read dozens of applications a day, recalculate grade point averages and be kind and engaging, she says.

Bryan Nance, associate director for undergraduate admissions at Johns Hopkins University in Baltimore, Md., says he’s learned to do more with less when it comes to community outreach. “The budget is hitting everybody,” he says.

He has to be realistic about his resources, Nance says. Some people say the school’s admissions officers should be talking to third-graders about college, and while he thinks it’s great, he can have more impact on 10th and 11th graders, he says.

Schools are collaborating more than ever to save money. The school planned to join Stanford University and Morehouse and Spelman Colleges in a recruiting trip to California.

The goal, he says, is to figure out whether a student will thrive at Hopkins or merely survive. “We’re looking for future potential, not just past success,” Nance says.

Among other things, it’s less expensive to retain a student than to try to replace one who leaves, Winston says. So universities want to find students who fit.

Although SLU enrolls students from across the U.S. and more than 70 foreign countries, Winston cited a local student named Michael as someone who made him feel good about his job.

He knew Michael from visiting his high school and seeing him at college fairs. Michael wanted to go to college but wasn’t sure he could afford SLU or even get in.

Michael’s father was behind bars and his mother wasn’t around — had possibly died. Michael went to school and had a part-time job.

Winston knew Michael could get into SLU, but money was an obstacle. He worked to put something together, then called Michael with some life-changing news.

“I called him and introduced myself, and said, ‘You’ve been accepted and are qualified for a scholarship,’” Winston recalls.

“Later when talking about the financial aid process, I could hear him deflate a little. But I told him he’s covered for tuition and has a stipend for books and supplies. He was completely blown away.”

Here was an inner-city Black student who had been told many times he couldn’t make it, Winston says. “Every time I saw him [on campus], I’d see his huge smile of satisfaction.”

“‘I’m able to graduate from the place that’s down the street, that I’ve walked past, driven past,’” Winston says Michael told him. “‘It’s great.’”

A B student, Michael wants to do something in business when he graduates this year, Winston says.