At MIT, Weighing Balance of Privacy and Big Data 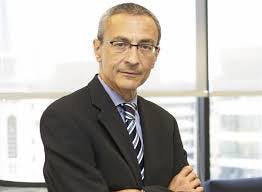 CAMBRIDGE, Mass. ― Government, business and academic leaders gathered at the Massachusetts Institute of Technology Monday to discuss whether new policies are needed to regulate the use of big data, the large and complex sets of electronic information being used by companies to market products, researchers to study health problems, and as a government surveillance tool.

White House counselor John Podesta, who was appointed by President Barack Obama during a January speech about the NSA scandal to review big data collection and privacy concerns, said there is an overwhelming amount of personal information openly available online.

“We are undergoing a revolution in the way that information about our purchases, our conversations, our social networks, our movements, and even our physical identities are collected, stored, analyzed and used,” Podesta said by phone. He called into the conference after his travel plans were interrupted by the snow storm in Washington.

Podesta said the government must figure out how to allow the public and private sector to capitalize on the benefits of big data, while protecting individual privacy. Monday’s event at MIT was the first of three being held across the country before a final report is delivered to Obama.

Sam Madden, an MIT professor, said that the government should regulate what companies can do with the data they collect from customers. “The big question is defining what is and isn’t OK,” Madden said.

John Guttag, a professor at MIT, said collecting clinical data, which could prevent or treat diseases and save lives, requires people to give up some privacy. “Progress in health care is too important and urgent to wait for the problem of privacy to be solved,” he said.

U.S. Secretary of Commerce Penny Pritzker said big data also helps to keep businesses competitive, but only if people feel they can trust companies with this information.

:You promote trust when you reach out and explain to your customers in very simple and straightforward terms how you plan to use their data,” she said.

“When companies want to use our data for something there needs to be a conversation,” Rose said. “We should be able to control our data,” she said.