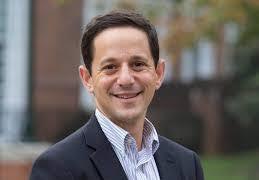 Ben Castleman, an assistant professor of education and public policy at the University of Virginia, is an evaluator of the free college advising initiative.

In an effort to guide more students from poor and middle-class families to the nation’s top colleges and universities — institutions from which research shows they tend to shy away — a new initiative announced Tuesday will provide free college advising via video chat and other forms of technology.

Collaborators in the project say they hope the initiative will provide the students with the kind of personalized counseling that students from more affluent families tend to get from private counselors or their school-based guidance counselors in the suburbs, who typically carry much lighter caseloads than their urban counterparts.

“If this demonstrates success over the coming years, I think it opens up a whole range of students across the country to have access to quality advising in a way that levels the playing field,” said Ben Castleman, an assistant professor of education and public policy at the University of Virginia and an evaluator of the initiative.

The initiative — which does not have a formal name — will utilize a cadre of college advisers provided by three major players in the college access field. Those organizations are the National College Advising Corps, College Possible and Strive for College.

“I think this is going to totally change the game,” said Michael J. Carter, founder, president and CEO of Strive for College, which uses college students who are trained volunteers to mentor high school students as they search and apply for colleges.

Carter said the time is right to start providing college advising via video chat and other forms of technology because personal technology is more proliferate among teenagers, and the College Board — a collaborator in the project — is making available data on students from poor and middle-class families who have the SAT scores and AP exam scores to get into more selective colleges and universities.

“Never before has this data been open,” Carter said. “Number two, there’s this moment in time where two or three years ago, not as many kids had smartphones as now.”

The advising initiative grew out of a meeting convened in 2013 by former New York Mayor Michael Bloomberg and a bevy of higher education experts, administrators and college access providers, at Bloomberg Philanthropies, the charitable organization of the former mayor and founder of the giant data and media company Bloomberg LP.

“Coming out of that convening there was a real desire for Bloomberg to make this issue a signature issue for him after he left office, as one of the places where he could have a significant impact,” said Bryden Sweeney-Taylor, a college access and success specialist at America Achieves, which is helping to coordinate the initiative.

The initiative, which is being funded with a $10 million contribution from Bloomberg Philanthropies, is in many ways a response to recent research on “undermatching,” which has shown that high-achieving students from the bottom economic quartiles don’t apply to the more selective institutions as frequently as their more affluent counterparts.

One study that is often cited in this regard is “The Missing ‘One-Offs’: The Hidden Supply of High-Achieving, Low-Income Students,” by Caroline Hoxby of Stanford University and Christopher Avery of Harvard University. That study found that “the vast majority of low-income high achievers do not apply to any selective college … despite the fact that selective institutions typically cost them less, owing to generous financial aid, than the two-year and nonselective four-year institutions to which they actually apply.”

The study estimated that there are between 25,000 and 35,000 such high-achieving low-income students in any given school year. Fifty-three percent of such students apply to no school where the median college entrance exam score is within 15 percentiles of their own, and they apply to at least one nonselective college, the study found.

“The overall goal of the work that we’re doing is to increase the number of high-achieving low- and moderate-income students who are going on to the colleges that have the strongest graduation rates,” as well as offer generous financial aid, Sweeney-Taylor said.

Though Sweeney-Taylor cited research that suggests the students’ chances of graduating will be higher if they attend institutions with higher graduation rates, one recent study found that the selectivity of an institution had minimal impact on graduation.

Sweeney-Taylor was unmoved by the study’s findings.

“It’s not so much about selectivity. It’s about those schools that do a great job of having students graduating and wanting our students to go to those schools in larger numbers,” he said.

Sweeney-Taylor said the initiative will initially seek to reach 6,500 to 7,000 high school seniors in the coming weeks — many of them by means of a lottery using data from the College Board — and an additional 1,000 to 1,500 high school juniors this winter.

Students will get an email with a link to website on the initiative, or they can reply via email text saying they are interested in getting the remote advising.

Some of the students will hail from the Jack Kent Cooke Foundation, which offers scholarships to top-performing students from families of modest economic means.

Advisers will seek to build relationships with the students and offer college advising and help with the college application and financial aid process via cell phone, video conference, chat, text message or other forms of technology.

The initiative will involve 25 full-time advisers with caseloads of between 200 and 300 students, and an additional 250 to 500 part-time student advisers will help with the initiative.

The American School Counselor Association recommends caseloads of 250, but one difference is the advisers in the advising initiative will not have the additional duties that school counselors have, so their caseload numbers are not comparable. The average student-to-counselor ratio in the United States is 471, according to one organization that tracks the matter.

Castleman said a key thing he will search for is evidence that the initiative made a difference in areas where it matters most to students. Asked about the primary focus of the evaluation, he said it will be “to see if the intervention helps students enroll at institutions that best position them for success and not incurring too much debt.”