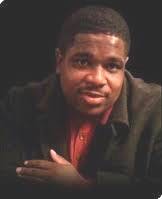 College and university campuses are places for progress. The nation’s youngest minds and most educated adults work together to not only better their individual lives, but to improve society. This comes in the form of medical breakthroughs, scientific discoveries, advancement of the arts and more. College and university settings are the birthplace of much of the nation’s innovation.

Academics are not the only area that benefit from the collaborative and ambitious natures of higher education populations, though. Advancements in social thought also take place on these campuses, creating the mold of behavior that the rest of the country should, and often, follows. Diversity programs on college campuses, both school- and student-sponsored, should be about more than cashing in on a perennial buzzword. These initiatives make a difference, from impacting immediate communities to influencing public policy and laws.

In my research, I read about a lot of different schools doing tremendous things in the areas of promoting diversity, on campus and beyond. Here’s a look at a few of the strongest programs I’ve come across recently:

As reported on this site, the California Community College system recently announced a partnership with Historically Black Colleges and Universities that will link two-year achievements at the California schools with furthering that education at nine of the nation’s HBCUs. Students who earn a transfer level associate’s degree and at least a 2.5 GPA will have priority status for admissions, housing and even financial aid at HBCUs.

What I like so much about this program is that it is actually boosting diversity on HBCU campuses, particularly when it comes to California’s relatively large Latino/Latina college student populations. It is not just Black students who will benefit from this program; other minorities, and even White students, will also have greater opportunities beyond their two-year degrees.

College of William and Mary

Sometimes the diversity programs outlined officially by elite colleges can come across as being a little bit dry or lacking passion. Over the years as I’ve read about them, it has often struck me that these policies are more a result of duty and less driven by a desire for real change (to be fair, a lot of official college diversity policies come across this way, not just on expensive or elite campuses). This feeling is exactly why I was so impressed to read about a student-led initiative at the College of William and Mary called “Table Talk.” The four-part series of conversations aligns with the school’s sixth annual diversity celebration and features topics like “Assumptions and Stereotypes.”

There is even diversity within the diversity topics, with religion, socioeconomic class, ability, gender identity and ethnicity all on the Table Talk agenda.

In 2012, the law school at the University of Buffalo launched a four-week summer program that targeted minority students who would be a good fit for law school, even if those students had never considered law as a profession. The program has continued every summer since then. Inspired by a request from the Minority Bar Association of Western New York the program was launched to help expose first-generation and minority college students to life as a lawyer, or in other law professions, and in the process recruit a more diverse graduating body of lawyers.

The University of Buffalo is not the first to participate in the DiscoverLaw program, which has taken place on 18 campuses since launching in 2002, but it is an important one because of its East Coast presence. Twenty-eight past participants answered a survey about the program at Buffalo, and 17 said that they had applied to or planned to apply to law school. A country with more diverse legal minds is vital to progress for all citizens, and this Buffalo program is on point with its aim to recruit more variety in law students in the pipeline.

As colleges and universities continue to evolve, so will society. Diversity programs on official and non-official levels matter when it comes to the country’s overall progress in areas like acceptance, tolerance and respect.