Department of Education: Spending on Prisons Rises 3 Times Faster than on Schools 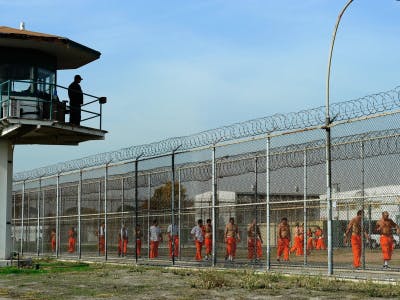 The report also showed that 46 states, with the exception of West Virginia, Wyoming, North Dakota and Nebraska, reduced their expenditures for higher education over the past three decades, while increasing the amount spent on correctional facilities.

In a press call on Thursday, U.S. Secretary of Education John King and Valerie Jarrett, senior advisor to President Obama, discussed the economic consequences of ramping up spending on prisons and jails as opposed to investing in education.

“We can and should prioritize investments in our communities and our people that will strengthen our communities,” Jarrett said. “Instead, what we too often do is to fail to invest in creating opportunity, only to lock people up once they’ve dropped out of school and turned to crime. Simply put, these misguided priorities make us less safe, cost us an exorbitant amount of money, and betray our core values.”

The statistics in the report have implications for the school to prison pipeline, which enmeshes students from a young age with the juvenile justice system.

“The school-to-prison pipeline traps too many girls and boys who should be learning in supportive environments and instead sends them to juvenile detention. Where there are few resources for schools, job training or economic development, cycles of poverty and incarceration continue unabated,” Jarrett said.

King pointed to Idaho, Michigan, Montana, North Dakota, South Carolina, South Dakota and West Virginia, seven states where the rate of correctional spending has increased at a rate of five times that of their allocation to K-12 education.

Citing prior research, King said that a 10 percent increase in high school graduation rates results in a 9 percent decline in criminal arrest rates and would also substantially reduce murder and assault rates.

“Even a 1 percent increase in male graduation rates would save up to $1.4 billion in the social cost of incarceration,” King added. “Those are powerful numbers, but they’re just data on a page if we don’t act. We can’t truly be the land of opportunity if contradiction remains between what we know and what we do. We can only get where we need to go if we give our schools the resources they need to save kids lives.”