For as long as she can remember, Alicia Hash always had aspirations of becoming an educator. 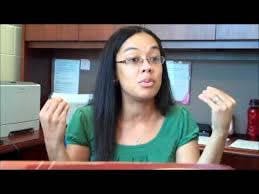 Her interest in the profession only grew as a teenager, as she watched the powerful impact that her mother—a school teacher—had on children and parents in their small hometown of Walnut Grove, North Carolina.

“I saw her passion for children,” says Hash, who is now in her sixth year as principal of Cotswold Elementary School, a racially and economically diverse school located in the heart of Charlotte, North Carolina. “Growing up, I was surrounded by teachers.”

After several years of teaching students throughout the state of North Carolina, Hash, who earned her undergraduate degree from North Carolina A&T State University, decided to go the administrative route and earn a graduate degree in educational leadership by participating in the Leaders for Tomorrow Program, a Charlotte-Mecklenburg Schools (CMS) initiative held in partnership with Winthrop University.

Participants in the program complete a 42-semester-hour degree through a combination of face-to-face and web-based instruction and receive mentorship from CMS leaders.

Now, Hash is the one who is mentoring and inspiring teachers who are charged with the task of educating the school’s 820 students. Her leadership has won her international recognition, as she was awarded the Outstanding Urban Principal of the Year Award at the International Conference on Urban Education recently held in San Juan, Puerto Rico.

The wife and mother of two was selected after a global nomination period that was open over a three-month period to “identify an outstanding principal that has created a culture of excellence for students in urban educational environments,” says Dr. Chance W. Lewis, the Carol Grotnes Belk Distinguished Professor of Urban Education and director of the Urban Education Collaborative at the University of North Carolina at Charlotte. “Her leadership as principal in elevating Cotswold World IB School to be a Magnet School of Excellence and one of the top Magnet Schools in the nation was a perfect match for the 2016 Outstanding Urban Principal Award. We are proud to honor her efforts for positively impacting the lives of urban youth.”

Like many educators, Hash says that she and her staff have been working hard to narrow the achievement gap in the areas of literacy and math for minority and economically disadvantaged students. And, by most accounts, they’ve made steady inroads.

“For us, we have students who live in the same zip code and on the same street,” says Hash, adding that their economic backgrounds may be vastly different, forcing teachers and school personnel to be culturally sensitive to the plight of their students.

Hash’s efforts have won her the praise of local school leaders and parents.

“We do perform well,” Hash says, in response to the school’s Magnet status. “But we focus on educating the whole child. We have a focus on the social and emotion well-being of our children.”

Hash says that she’s encouraged by the renewed attention that schools in urban areas are getting and says that her participation in the recent International Conference on Urban Education provided her with the opportunity to talk with other educators about the work and a vision for the future. She says that the focus on cultural competency and proficiency is critical in helping to prepare educators to work in urban areas.

“I’m very passionate about this work because I know the value of public education,” says Hash. “I know that education can break generational poverty.”