Active listening, speaking from the heart and being attuned to campus context were several critical takeaways of a new study by the American Council on Education’s (ACE) Center for Policy Research and Strategy which focused on how to deal with racial crises.

Centering the University of Missouri-Columbia (MU) and the UM System as a case study – in light of highly publicized race-related incidents in 2015 – the research report, titled “Speaking Truth and Acting with Integrity: Confronting Challenges of Campus Racial Climate,” introduces a Collective Trauma Recovery Framework (CTRF) for dealing with such complex and usually emotionally charged incidents.

“We’ve learned collectively as a field that campus context really matters,” Dr. Lorelle L. Espinosa, ACE’s vice president for research, said, noting that institutions’ plans to move forward have to take into account existing racial inequality, the political climate and other factors influencing their campus climate. “We know that if you have a positive climate around race and gender and other identities, when you get to a crisis like this you will be in a far better shape” to address incidents. 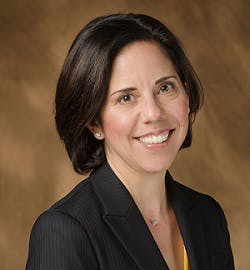 ACE’s report serves to elevate the practices integral to building capacity around sustaining diversity and inclusion work, and also responding to “collective trauma” if racial incidents do occur.

“There’s no one start and end to creating a positive climate,” Espinosa said. “It’s something that you need to invest in and never take your eyes off of.”

Highlights of study findings are:

“A campus racial crisis is a time of significant scrutiny for institutional leadership,” the report stated. “In these moments, the campus community, whether they be students faculty, staff, or alumni, are looking to their leaders to see whether and how they model competence, empathy, and stability for the campus. Developing effective strategies for navigating a racial incident is difficult. The way in which leaders rebuild and provide direction to restore a commitment to diversity and inclusion matters. Rebuilding the campus community requires commitment, significant organizational and leadership effectiveness and strategies to restore trust and stability.”

The report concluded that UM has been “moving in the right direction” and that schools should work continually to improve their campus racial climate regardless of whether they have had to confront a racial crisis. But it issued a general caution that “once a campus falls into a collective traumatic state and loses its resiliency, the road back to a positive campus environment can be long.”

Dr. Stella M. Flores, associate dean for faculty development and diversity in the Steinhardt School of Culture, Education and Human Development at New York University, commended ACE for conducting the study at time “when the nation and our colleges and universities are facing unprecedented demographic change, but faculty and leadership have not changed nearly as fast in terms of representation.” 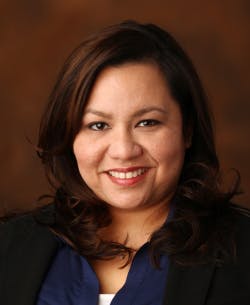 “A focus on racial trauma is important and doesn’t only occur on campus,” said Flores. “Students of color and other minoritized populations carry over the effects of racial trauma, cultural neglect, that are also cumulative in nature in regard to harm. While many of these students are highly resilient, the overall nature of discrimination in society doesn’t always change on the college campus. The college campus is supposed to be the path toward mobility and the location of equity-building toward a new future.”

“Another important factor is acknowledgement that most institutions do not have structural resources for legitimate safe spaces to dissect and address racial trauma,” she added, echoing a study finding “what can often save students of color or minoritized populations is the presence of other faculty and leadership of color or allies who acknowledge that a situation is unacceptable and some recourse is necessary.”

Espinosa held similar sentiments, saying that having resources or staff in place dedicated to addressing campus climate can be a “luxury” for some institutions.

Even so, “it’s not only about money, it’s about intentionality” and being proactive, she said.

It is about the voice of the leadership on campus, the steps leaders take to address policies and practices and the culture they create and how they respond when racial incidents do arise, Espinosa said.

A second ACE report will examine how MU leaders are addressing elements of the report’s trauma framework and their efforts to build capacity to address diversity, equity and inclusion. Espinosa added that the organization is grateful to MU for opening itself up to researchers, who are scholars studying campus climate themselves.

MU is “still living in the crisis … it’s not that the crisis occurred and now there’s no issue. They’re working to address the aftermath,” she said. “I give them a lot of credit for being willing to go on this journey.”