WASHINGTON – A framework developed to address a campus racial crisis at the University of Missouri-Columbia (MU) can be adapted to traumatic incidents involving gender, sexual identity and other areas where people experience oppression. 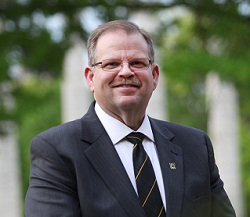 Those were two key takeaways from a gathering of scholars, administrators and policy experts Thursday hosted by the American Council on Education (ACE) at the National Center for Higher Education.

The event called “Lessons for Campus Leaders: Before, During, and After a Racial Crisis,” followed the release earlier this month of a research report titled “Speaking Truth and Acting with Integrity: Confronting Challenges of Campus Racial Climate.”

In a study following a series of racial incidents in 2015-16 academic year on the University of Missouri campus and elsewhere in state, researchers visited the school and worked with the campus community to assess the racial climate there. One result of the research was development of a Collective Trauma Recovery Framework (CTRF) for dealing with racial incidents not just when they occur, but before and after by employing capacity-building strategies.

Espinosa and Fries-Britt praised MU’s vulnerability and courage in allowing the research team to come on campus to conduct a study at a time when emotions were still raw – and for being transparent and genuine in efforts to address the crisis. They said such an attitude is essential for any school attempting to heal from the inevitable racial crisis while building a high capacity of resilience.

Reports of racist incidents and hate crimes have increased nationally in recent years, and campuses must be prepared to address related trauma by maintaining a culture that embraces diversity, having a plan in place to respond to a crisis with authenticity and being intentional about sustained commitment to improving the campus climate through active listening, communitywide collaboration and allocation of resources, according to the report.

The CTRF is a helpful model, but it must be adapted to each school’s unique campus, community, region and state setting, said Fries-Britt. 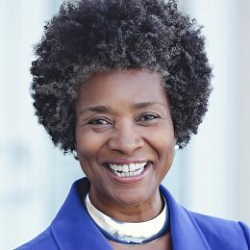 While students and often faculty struggle with feelings of distrust, fear and fatigue in the aftermath of a racial crisis, an institution’s leadership needs to be united and tireless in compassion and solution-seeking, speakers said.

“Leaders need to own the racism that’s occurring on our campuses and in our society,” Fries-Britt said, adding that failure to do so sets the stage for such traumas to recur.

McDonald came to MU in June 2017 and Cartwright came on board two months later, more than a year after the crisis. But their attitudes and actions, Fries-Britt said, as well as the response across the university system and region, has made the campus a model for how to recover and move forward more resilient and with strengthened commitment to inclusive excellence.

Cartwright said he came to MU viewing the crisis as an opportunity to improve a flagship research institution that historically had a significant impact on the entire state and a good national reputation. And he soon found that a widespread commitment to improving diversity, equity and inclusion was producing concrete actions not just by McDonald, but by stakeholder groups ranging from board leadership and administrators to students and alumni.

“So, I knew I had a strong base to start from,” said Cartwright. “There are always challenges on every campus. The question is, how do you engage everybody? It was really opening up the communication across the campus, every constituency. And we went back to our core values: respect, responsibility, discovery and excellence.”

Another key to building capacity and resilience in a time of racial crisis is to help skeptical stakeholders, particularly students, see the institution going beyond words, said McDonald.

“You have to recognize this work as a moral imperative and develop a strategic roadmap,” he said. “It has to be intentional, pervasive and consistent. Alex recognized the importance of engagement. He was consistent and he modeled that behavior. So did other leaders – deans, vice chancellors. The key for us was to make sure we were consistent, and not take our foot off the gas because of the feeling that things were back to normal. I think the collaborative spirit is what I’ve been extremely grateful for.”

Three years after the crisis, MU has a stronger collaborative relationship with local, regional and state leaders and institutions, Cartwright and McDonald said. McDonald developed an inclusive excellence plan that became part of the university’s strategic plan, and the school’s steady progress in that direction has inspired communities beyond the campus.

“I had never seen that level of genuine intentionality,” said McDonald. “It’s really been a beautiful thing to see. It’s a movement now, which is fantastic.”

It’s a reminder that institutions are missing the mark if they are so inwardly focused on the work of diversity that they don’t reach out and engage communities, speakers said.

“I’m a big believer that a leader, a chancellor, can’t make anything happen on their own,” said Cartwright. “We have to collaborate and do what’s right for students, faculty and staff. And that’s a team effort.”

What Climate Resilience Can Mean on Campuses