Is College Worth It? Yes, But Return On Investment Varies, Study Finds

As the cost of college rises, students want to know whether higher education is worth it, and more specifically, whether a degree from their institution is worth it in the long run.

A new study by the Georgetown University Center on Education and the Workforce looks at what schools – and which types of schools – lead to the highest earnings down the line, based on data for 4,500 schools from the expanded College Scorecard. 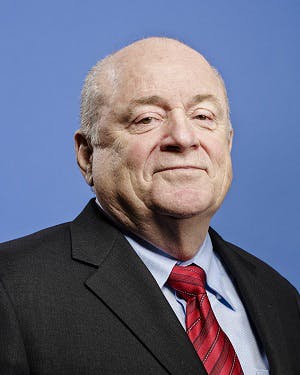 “This is in the end a question that cuts across two worlds,” said Dr. Anthony P. Carnevale, lead author of the study and director of the Georgetown University Center on Education and the Workforce. “One is the economy – employers, jobs, careers – and the other is education. And those two worlds, there aren’t many who live in both.”

In the short term, 10 years after enrollment, colleges that provide associate degrees and certificates offered high returns, as did public colleges. But in the long term, 40 years after enrollment, four-year schools focused on bachelor’s degrees were a better investment. And private nonprofit colleges outdid public institutions, even though they required more student loan debt.

These particular trends didn’t surprise Carnevale. Private colleges attract more privileged students, and they spend more on each student, so their graduates do well in the long run, he said, even if they have more student loans to pay off at first.

But the type of institution matters less than students might think, he said. The report’s authors expected elite universities to yield the better results, but the best schools for long-term returns varied. For example, occupational schools like Maine Maritime Academy, the United States Merchant Marine Academy, St. Louis College of Pharmacy and Albany College of Pharmacy and Health Sciences were among the top ten investments 40 years down the line.

Looking at the list of colleges ranked by median return on investment, “if you close your eyes and put your finger down, you’re not sure what kind of institution you’re going to come up with,” he said. “You’re facing a different risk profile depending on the institution” but “it’s a mix of institutions.” 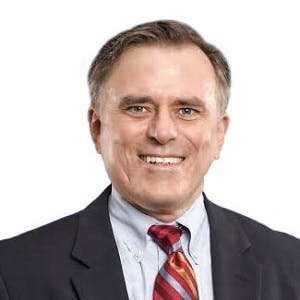 According to Carnevale, a report like this wouldn’t have been possible ten years ago. But as college becomes more expensive and more vital to earning higher salaries, people are hungry for data, from parents to lawmakers. He noted that both Republican and Democrat proposals to reform the Higher Education Act call for more data from institutions about student outcomes.

“Ain’t no stopping this,” Carnevale said. “This is a tidal wave and it’s going to keep on going.”

The report’s authors are eagerly awaiting that tidal wave, because they’re aware of the current data’s shortcomings. That’s why they labelled the report a “first try,” pointed out Martin Van Der Werf, a co-author and associate director of editorial and postsecondary policy at the Center on Education and the Workforce.

For example, the data shows colleges with high completion rates have higher returns, he said, but that isn’t the whole story for minority serving institutions, which typically have low graduation rates but serve more at-risk populations. They also typically reside in low-income areas where graduates make lower salaries.

“HBCUs [Historically Black Colleges and Universities] like to think – and probably rightfully think – they’re serving a population that may never get much attention from any other sort of college,” he said, “… students that by definition, by practically any model, would be less likely to graduate than students going to just about any other college.”

Van Der Werf thinks of minority serving institutions, like HBCUs, in terms of “expected versus actual graduation rates,” he said, and the center plans to do a future study examining them in those terms.

The data also assumes students are paying full tuition, subtracting the sticker price from the money they ultimately make, which fails to account for scholarships, he added. That means it’s hard to tell whether a student would have a better return on investment with financial help at one school versus full tuition at another.

But perhaps the biggest missing piece is program-level data, how a student’s major impacts return on investment, which the Department of Education is currently preparing to release.

“I think when we’re able to get our hands on this new data about major by institution, you’ll be able to see even more nuances that break out,” he said, like how institutions compare to each other program by program. “That kind of fine grain might be a little overwhelming, but it also gives consumers more information that they need to make good decisions.”

But even with more granular data yet to come, Van Der Werf thinks median return on investment can be a “supplementary piece of information” for students to consider, along with affordability, accessibility and career goals.

“There’s been a lot of talk in higher education circles for a long time about is college worth it? What am I gonna get for my money?” he said. “And we’ve listened to that and read a lot of those articles and thought, ‘You know, this College Scorecard data actually allows us to give a ballpark answer to that question. We should do it. Let’s do it.’”