Rachel Brown had a full ride with a meal plan in college. But when she started graduate school during the pandemic, it became hard to afford a balanced diet.

Starting out as a first-year master’s student, studying agricultural education at the University of Florida, she budgeted $50 a month for groceries on her income as a graduate assistant. Fruits and vegetables were often too expensive, she said, so she tried to get food that would last a while like pretzels and chips. She ate dry cereal from the food pantry sometimes because she’s lactose intolerant, and lactose-free milk felt like a splurge. 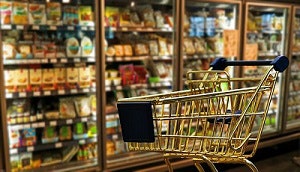 “I found myself cutting back, not having as much or eating as much because it was coming out of my pocket,” she said. “On a graduate assistantship, there’s not a lot of expendable funds, specifically funds for food, when everything really goes to rent and utilities.”

Now, Brown receives $234 a month for food from the Supplemental Nutrition Assistance Program (SNAP), which was temporarily expanded to include students eligible for work study and students with an Expected Family Contribution of zero, like Brown.

The U.S. Department of Education, in collaboration with the U.S. Department of Agriculture, issued guidance to colleges and universities on Feb. 23, informing them of the new SNAP eligibility standards for students, in place until 30 days after the public health crisis is over.

“It’s been really nice not to worry about that one bill, the grocery bill,” Brown said.

Typically, most college students, enrolled at least half time, don’t qualify for the program. Before, a student had to be engaged in a work study program, but if they were eligible but unable to nab a work study job, they couldn’t participate in SNAP.

“When it comes to SNAP eligibility, college students are required to play by a different set of rules,” wrote Dr. Katharine Broton, an assistant professor of higher education at University of Iowa, in an email to Diverse. “Among students who meet SNAP income and asset requirements, they also have to meet an additional exemption, like working half time or receiving [Temporary Assistance for Needy Families (TANF) benefits], in order to be eligible for SNAP benefits.”

Broton described the temporary expansion as an “important step” that “recognizes the financial and material challenges of many students and their families,” amid a “severe funding shortfall of work study programs, especially at broad access institutions that can serve as engines of mobility.”

For years, scholars who study food insecurity on campuses have argued that SNAP’s requirements are too limiting to stem student hunger.

Dr. Nicholas Freudenberg is one of them. He’s a distinguished professor of public health at City University of New York (CUNY). He said food insecurity doubled at his institution in April 2020, compared to before the pandemic. But even before that, he’s seen food insecurity rise on campuses for the last several years. 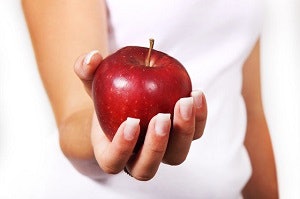 He attributes the trend in part to colleges and universities enrolling more low income students and students of color over the last decade.

“That is really a success story of higher education because more people have access,” he said. “… But more of them are poor, always the strongest predictor of food insecurity, and so you have more students who are food insecure.” These same students face increasing tuitions and decreasing government funding for work study and financial aid, “leaving less money in the student’s pocket and the family’s budget for food.”

As a result, “too many students are forced to choose between pursuing their education and eating dinner at night,” he said. His research at CUNY found that “many understandably choose to stay in school and eat less,” which often leaves them less able to focus on schoolwork, more inclined to work more hours and more likely to drop out.

He hopes the new standards outlive the pandemic. But after these “steps in the right direction,” he wants to see SNAP requirements expand further. For example, most part-time students remain left out of SNAP benefits, he said, and undocumented students and students from families with mixed immigration status might be fearful to apply, despite high levels of financial need.

“If adequate food were a human right, instead of food being a commodity, then … one way or another, our society, a decent society, a rich society should enable everybody – but especially college students who are investing in their and our future – to both go to school and feed themselves,” he said.

Carrie Welton said that, in a job market that increasingly requires a college degree, the program shouldn’t differentiate between workers and students for food benefits. She’s the director of policy and advocacy at Temple University’s Hope Center for College, Community, and Justice, and she herself spent 11 years earning her bachelor’s degree as a student parent.

“I was one of those students,” Welton said. “I didn’t need policymakers to build me a bridge. I just needed them to not burn down the bridge in front of me.”

She emphasized that it’s not enough to expand eligibility, pointing to a 2019 Government Accountability Office study which found that over half of students who were already eligible for SNAP benefits weren’t receiving them.

She wants to see more concerted outreach and support for students to navigate what can be a complicated application process. For example, she noted that the education department’s guidance neglected to explicitly tell students that simply stating their work study eligibility or Expected Family Contribution is enough to apply for SNAP benefits; they only need to go through the trouble of finding and submitting documentation, which can be an obstacle for students, if their case is found to be questionable.

Since receiving her SNAP benefits, Brown has been proactive in telling peers about the temporarily loosened requirements.

Students feel a sense of stigma about applying for SNAP, but she wants to see more people access “quality food” instead of “just skating by” with less, Brown said. “Hopefully, this will make it not as much of a shameful process.”