Dr. Julian Vasquez Heilig, an educational researcher whose work on racial equity and teacher preparation has received national recognition, will be the next provost and vice president for academic affairs at Western Michigan University.

Vasquez Helig—who is currently the dean of the School of Education at the University of Kentucky—is slated to step into his new role in January.

"We are thrilled to have Dr. Vasquez Heilig bring his experience and track record of achievement to help elevate Western Michigan University's mission as our chief academic officer," said Dr. Edward Montgomery, president of WMU. "He is a proven scholar who also has been elevated to leadership roles at major public universities in three states, including at Kentucky's flagship institution. He brings outstanding results in growing enrollment, increasing student and faculty diversity, developing innovative programs, and forging beneficial partnerships inside and outside the academy," added Montgomery.

The selection of Vasquez Heilig as provost is a game changer for WMU, say higher education leaders who point to his tenure at UK where he strategically increased student enrollment in the College of Education by 63 percent, noting that his efforts have focused on increasing diversity among teachers. For example, under his leadership, first-year students majoring in teacher preparation programs grew by 275% and he was intentional about recruiting faculty of color to the university.

His presence—working alongside Montgomery, who is African American—is rare in academe, where only a few university presidents of color at research universities have also tapped a person of color to serve as their provost and vice president of academic affairs—a strategic position—viewed as the number two post at an institution.

It is also unprecedented to have an educational policy expert leading as a provost at a major research institution that boasts a student population of about 24,000.

“We knew when we recruited Dr. Vasquez Helig to the faculty at University of Texas at Austin in 2006 that he was a rising academic star,” said Dr. Gregory J. Vincent, president of Talladega College, a historically Black institution in  Alabama. Vincent worked with Vasquez at UT-Austin and later at UK.

“Over these 16 years, he has excelled as a scholar, academic leader and civil rights activist. I witnessed first-hand how Dean Vasquez Helig led the College of Education at the University of Kentucky with a steadfast commitment to excellence and equity. He will do the same as provost at Western Michigan University.”

In an interview with Diverse, Vasquez Helig said that he is excited about the opportunity to return “home” to the state of Michigan, noting that his mother is an alum of WMU.

“I left Michigan 23 years ago and had an academic leadership journey through Texas, California, and Kentucky but it feels so good to go home and serve in my home state,” said Vazquez Helig, who received his undergraduate degree from the University of Michigan and went on to earn a Ph.D. in educational administration and policy analysis and a master’s degree in sociology from Stanford University.

WMU, he noted, is a “university on the rise,” and pointed to a $550 million gift last year to the university—the largest philanthropic donation made to a public institution of higher education in U.S. history.

He said that the opportunity to learn from Montgomery, who has led WMU for the past five years is something that he looks forward to, even as he reflects on his three years leading the College of Education at the University of Kentucky.

“I was attracted to Kentucy because their faculty and leadership are true innovators,” he said, adding that he counts the growing interest in the teacher preparation programs—amid a national crisis around teacher shortages—as one of his many successes.

He also said that he is encouraged that the number of students of color  in the teacher education program went from 12 in 2019 to 50 students today.

“We know that when students of color have teachers of color, they do better,” he said, adding that there was a commitment from university leadership, faculty and staff at UK to increase the diversity numbers.

Active in several professional organizations including The American Association of Hispanics in Higher Education (AAHHE), Vazquez Heilig was recently honored with the Linda C. Hillman Social and Racial Justice award. 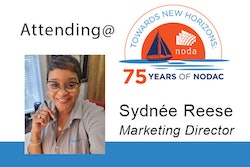