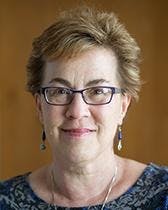 Dr. Michelle Miller-AdamsCongress is still debating the $3.5 trillion reconciliation package, which includes a tuition-free community college plan called America’s College Promise (ACP). While this plan could be a game-changer in federal-state partnerships in higher education, one estimated to help millions of historically underserved students if all states participate, some experts and advocates warn ACP might not go far enough.

“Right now, whether you have a tuition-free path to community college or college in general depends on where you live,” said Dr. Michelle Miller-Adams, senior researcher at the W.E. Upjohn Institute for Employment Research, a nonprofit and nonpartisan research organization focused on labor markets. “About 15 or 20 states already have some kind of tuition-free community college program. The huge advantage of a federal program is that it takes that random fact of geography away to make this benefit universal.”

David Baime, a senior vice president at the American Association of Community Colleges (AACC), agrees with the potential reach of ACP.

“We think that no matter which state is involved, this is a very attractive proposal because the federal government would make billions of dollars available to help states move community college tuition and fees to zero,” said Baime.

But several states may need to ramp up their spending on community colleges to be eligible for the program. According to a recent paper from the State Higher Education Executive Officers Association (SHEEO), in the first year of the five-year ACP plan, states would need to increase higher education investment from 8% to 142%.

This funding formula has raised equity questions around which states can more easily choose to opt in than others. Currently, the federal government proposes to give states a per-student amount equal to the median resident tuition and fees per student in all states.

SHEEO found that the tuition rates in 29 states are below the estimated median tuition, which means they would likely have remaining federal and state funds to use for higher education. But there are 21 states with tuition rates above that median. Those states would need to invest more to join the program. What happens if they don't?

That’s an equity concern that The Century Foundation (TCF), a nonprofit policy and research think tank, raised recently in a paper and cost model of ACP. It pointed out that the states that may opt out also have high populations of Black residents.

“Without full participation by all states, lost benefits could disproportionately befall Black residents,” wrote Peter Granville, a senior policy associate at TCF. “For example, if the same twelve states that have rejected Medicaid expansion under the Affordable Care Act — which are largely located in the Sun Belt — choose not to join ACP, federal funding per Black resident nationwide would then be less than the new federal funding per White resident.”

Some higher education advocacy groups like the Association of Public and Land-Grant Universities (APLU) point out that four-year public institutions could also face unintended consequences without key revisions to the bill. APLU is a research, policy and advocacy organization with more than 240 members among public research universities, land-grant institutions, state university systems and affiliated organizations.

“APLU thinks it’s very important that as Congress considers this policy to also consider the broader context of state funding of public higher education,” said Craig Lindwarm, vice president of government affairs at APLU. “Public universities nationally still have not caught up from the funding cuts from the last recession. We think the goal should be overall growth in state support of public higher education.”

In a press release, APLU suggested ways to strengthen in the bill what are called Maintenance of Effort (MOE) provisions. Such provisions require states to not cut public higher education funding but maintain it. However, APLU argues this does not mandate states to adjust their funding with inflation over ACP's five-year lifespan.

“The Maintenance of Effort provisions, depending on how they are designed, could either help encourage additional state investment in public higher education or may just lead to states flat funding higher education,” said Lindwarm.

To Dr. Eileen Strempel and Dr. Stephen Handel, co-authors of Beyond Free College: Making Higher Education Work for 21st Century Students, ACP is an important start. Yet tuition and fees make up just one expense that can keep many low-income students from finishing their degrees or certificates.

“We’re not opposed to free community college and free college in the main. But the issue here is not access but completion,” said Handel . Handel is an executive director and senior strategist in higher education at The College Board and spoke with Diverse in a joint interview with Strempel.

Studies have shown that students in the lowest income quartile in the country have a college completion rate of about 11%, which Handel and Strempel highlighted.

“We are really heartened that this proposed reconciliation package contains $9 billion dedicated to completion and retention,” said Strempel, dean at the Herb Alpert School of Music at the University of California, Los Angeles. “That’s the heart of our book: students need wraparound support that includes things like housing, childcare and transportation to finish college.”

Advocacy groups like APLU say that increasing the Pell Grant could also more equitably support students at two-year as well as four-year institutions. The reconciliation bill includes a Pell Grant increase, though some advocates have called for a greater hike.

However, Miller-Adams said she is worried about the ACP making it through Congress as a universal rather than means-tested program given the latest back-and-forth.

“There are definitely distributional winners and losers from this bill,” said Miller-Adams, who is also a professor of political science at Grand Valley State University and the author of The Path to Free College: In Pursuit of Access, Equity, and Prosperity. “I’m not surprised to hear representatives of four-year institutions are worried at some level about this. But this is the only program that has a chance of succeeding politically. And I’m not even sure it’s going to.” 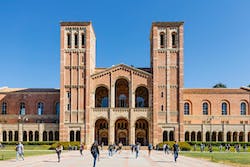 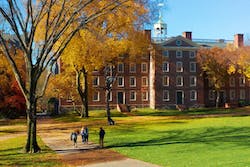