Jacob Chang came to The Ohio State University (OSU) from China three years ago to pursue his undergraduate degree. But it took him time to feel like he belonged. Small things mattered. As part of a campus icebreaker during his first year, students asked each other to name their favorite ice cream flavor.

“I had no idea how to answer,” Chang said. In his hometown in China, he was used to only one or two flavors. The domestic OSU students listed ice creams Chang had never heard of.

“People just looked at me when it was my turn, waiting,” he said. “They thought it was an easy question, that it was a normal thing to ask. Because to them, it was.”

Chang also fell silent because he worried that his English was not good enough, that people would not understand him.

“That can make it hard to articulate yourself because you feel like you’re boxed in a corner,” he added. “That is extremely challenging for some international students on campus.”

“It doesn’t matter if I have an accent or not,” added Chang, who studies political science and wants to be an attorney in the U.S. “My voice carries the same weight. We deserve the same resources as students. And because so many international students rallied with the pandemic, we’re seeing more international student advocacy.”

Experts point out the pandemic brought to the fore many challenges that international students had been facing for the past five years on American campuses. International student enrollment started to dip around 2016 in part due to more stringent immigration policies and deepening tensions between the U.S. and China. These geopolitical tensions have continued in the Biden administration, experts say. 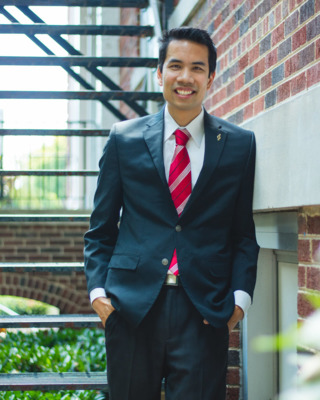 Dr. Roy Chan, assistant professor of education at Lee University“That has caused concern at many colleges and universities because international students pay higher tuition fees and help cover the cost of campus resources. And of course, they add diversity as foreigners coming to the U.S.,” said Dr. Roy Chan, an assistant professor of education at Lee University and co-editor of the September 2021 book, Impacts of COVID-19 on International Students and the Future of Student Mobility.

Dr. Gil Latz, vice provost for global strategies and international affairs at OSU and a professor of geography, agreed with Chan that such problems have existed in American higher education for a while.

“Over the last 10 years or so, there’s been more discussion on how to more effectively integrate international students into curricular and co-curricular activity,” said Latz. “So, this is not a new question. And the fact that we are still asking that question indicates that I don’t think there is a great deal of satisfaction historically in our approach to it.”

For Chang, when the pandemic started, he didn’t have a home in the country to go to once students needed to leave campus. He stayed with friends for four months until he signed a new lease that summer. Other students went back to their home countries and struggled with taking online classes in a drastically different time zone.

The pandemic limited travel and forced higher education to think about distance learning in new ways. To create an inclusive and supportive campus for all students, Chang has been building relationships with administrators like Latz in the Office of International Affairs.

“We have really needed to do better, and we’ve become more and more aware of that,” said Latz on challenges facing international students. “And then the pandemic came along and made these questions much more urgent.”

Chan added that about 70% of international students in the U.S. hail from Asian countries. Most of these students focus on STEM fields, which experts note are critical to the future of U.S. economic growth. Chan believes that Congress should create pathways to permanent residency or citizenship for those who earned master’s or doctoral degrees in STEM from U.S. universities. Many international students end up returning home if they can’t land a job in the country.

But while on campus, Chan said that many international student populations face mental health challenges as well, which the pandemic again only added to.

“A lot of international students come to the U.S. concerned about learning a new language,” said Chan. “That stress, on top of other factors, causes them to have higher levels of anxiety and depression. Their sense of belonging is also important on campus.”

Chan recommended campuses offer culturally responsive mental health counselors, particularly those who can hold sessions in the students’ native language. In addition, he suggested that campuses hold town halls or support groups for international students to voice concerns. OSU has been working on similar initiatives with the support of Latz and thanks to Chang’s student leadership.

“We’re better from the pandemic because it forced everyone around us to ask these questions,” said Latz. “I’m a big believer in gathering around a table and having an open discussion, and that includes realizing that not everything will be accomplished. But some good will still come out of that. The key for me is the student government’s involvement in these efforts.”

Over the past two years, Latz has worked with undergraduate student government leaders to form an international student support committee. This semester, OSU has also been building an international student experience committee as part of the institution’s strategic goals. This committee will be made up of faculty, staff, and student representatives across campus. Latz will be co-chair and said he hopes the discussions will reach the highest levels at OSU.

Latz also advised higher education leaders looking to better support international students to start by getting involved in professional organizations, such as NAFSA: Association of International Educators. The higher education advocacy organization the American Council on Education has also been thinking through how to support international students from their recruitment to campus experiences to alumni engagement post-graduation.

“These types of challenges are addressed from the bottom up and the top down,” said Latz on what else can be done on campuses. “So, finding an ally within the administration is important. And finding allies across campus among faculty, students, and staff. Try to bring them all together in conversation with clear goals and some accountability to measure progress on them over the next year.”

“I’ve heard people say that international students don’t complain, but that’s not true,” said Chang. “We are rarely given the tools to speak up. Higher education leaders can step in and say it is okay to be different. It is okay to voice your complaints, to say what needs to change.” 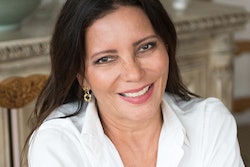